COVID-19: Reasons behind Kerala’s second wave and how state is handling it 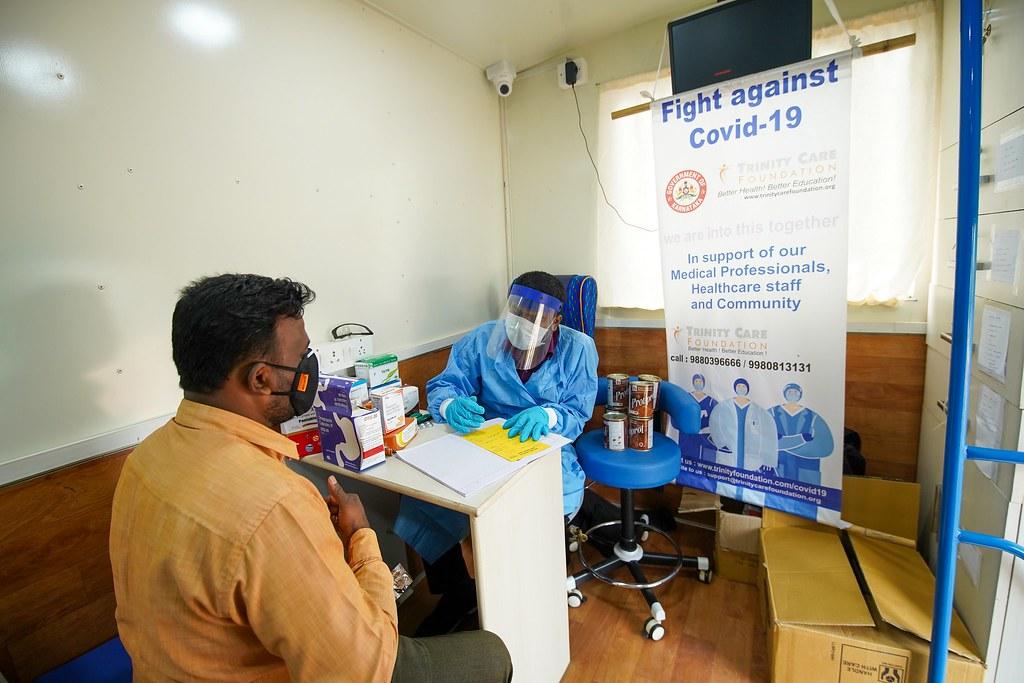 The active COVID-19 case pool in Kerala is the second-highest after Maharashtra. Photo: Flickr

The novel coronavirus disease (COVID-19) pandemic has shown no signs of abatement in Kerala: Its active case pool at 86,664 is the second-highest in India after Maharashtra.

The state, which is witnessing a second surge in COVID-19 cases, has recorded 1,534 deaths as of Novemember 2, 2020, according to covid19india.org.

The state recorded 4,138 new cases when 33,345 samples were tested on November 2. Health officials, however, said the test positivity rate had stabilised at 12-14 per cent and that the state has been reporting more recoveries than fresh cases after a gap of nearly 21 days.

Kerala’s health minister KK Shailaja told Down to Earth that demographic and epidemiological reasons were behind the new surge in cases. She added that the state government was able to keep casualties low due to sustained, planned and targeted interventions. The present focus of the government is to decrease the fatality rate, she said.

She added the death rate in the state was among the lowest in the country at 0.36 per cent, against the national average of 1.54 per cent.

“The demographic situation in Kerala is almost similar to that of the big metros in the country. The population density in Kerala is 856 people per square kilometre. The national average is below 500. We are a state with a big number of lifestyle diseases, and hence, are facing an epidemiological challenge as well,” she said.

“The people in the state have lifestyle diseases caused by socio-economic factors. The lifestyle of most people changed in recent decades because of new sources of income and job opportunities. People are eating more junk food and exercising less,” she said, citing a national family health survey conducted in 2015-16.

The present focus of the state government was to ramp up health care system to ensure timely treatment to patients. The sharp rise in cases has created an unprecedented situation, with many COVID-19 care hospitals being jam-packed and failing to accommodate new cases, the health minister said.

“It is too early to say whether the state would be able to flatten the COVID-19 curve in the second phase. We are hopeful of better results as the case pool has started coming down,” said Mohammed Asheel, head of the Kerala Social Security Mission and among the officials in charge of the state’s war house against the pandemic.

The state started reporting a fresh spike in cases in the third week of October. According to Chief Minister Pinarayi Vijayan, people needed to remain careful till at least November-end. In an interaction with media November 1, he said the government would focus more on measures to prevent the spread of the disease.

Unlike other parts of the country, Kerala has one of the highest proportions of the elderly people and a significant portion of them suffer from lifestyle diseases. The state has, in general, an urban character with a high density of population, which facilitates easy community spread of the disease.

A few experts and medical bodies have criticised the state’s handling of the challenges presented by the pandemic. The Kerala branch of the Indian Medical Association (IMA) has cautioned the government that the state has a “frightening inadequacy” of intensive care units (ICU) and ventilator support facilities.

When contacted by Down to Earth, IMA state president Abraham Varghese said 80 per cent ICU-ventilator beds in the state were occupied as on November 2.

“Government hospitals across the state have been turned into special COVID-19 treatment centres. There must be an increase in the number of tests conducted. The ratio of doctors, nurses and attendants looking after every 50-member group of patients must be enhanced,” he added.

He said the state was not testing enough. “The daily positivity rate would increase if we conducted more tests per day. We demand to conduct at least one lakh tests a day. Without undertaking any kind of effort to isolate those who tested positive, we are now facilitating transmission of the disease,” Varghese said.

IMA had recently issued a statement saying the state listened more to politicians and bureaucrats than health experts to evolve strategies to fight the epidemic. The CM, however, described those who view the government’s efforts with criticism and suspicion as “self-styled experts” and “vested interests”.

“There is a deliberate attempt to mislead the public. Our health department is managing the pandemic effectively on the basis of scientific advice,’’ he said.

According to Vijayan, the irresponsible way in which Keralites celebrated the harvest festival Onam and the recent large scale protests by opposition parties related to a sensational gold smuggling case escalated the situation.

More than 70 health workers have been testing positive every day in Kerala, causing a severe scarcity in the number of key medical professionals.

The state has over 5,000 beds in government hospitals and the first-line treatment centres established in various locations have over 35,000 beds, according to recent government estimates. The state has nearly 1,000 ICU beds.

Private hospitals have been directed to set aside at least 10 per cent of the total beds for COVID-19 patients. The government has directed hospitals against admitting all COVID-positive patients in the initial months.

Only those exhibiting symptoms and the ones who are seriously ill are being admitted to hospitals. Elderly and those with comorbidities would get preference.

Asymptomatic patients have been advised to keep indoors and quarantine themselves. They can seek hospital admission only when necessary.

In October-end, the state directed all district magistrates and gazetted officers to closely monitor the ground situation and ensure that safety norms were being followed everywhere. They can invoke Section 144 of Criminal Procedure Code, 1973, to prevent the gathering of more than five people anywhere. Relaxations would be allowed only for weddings, funerals, among other events.

Senior Congress leader and Leader of Opposition in the state assembly, Ramesh Chennithala, alleged that the state lacks a systematic plan to fight the pandemic. “The government is doing nothing apart from organising evening press conferences,” he said when contacted.

Meanwhile, the Kochi-Muziris Biennale — a prime spot on the cultural calendar of art appreciators across the country and outside — has been pushed to November 1, 2021.  The event was supposed to start on December 12, 2020.

“The event attracted more than six lakh visitors to Kochi every year, where the old warehouses and trade points metamorphosed as art galleries and cultural venues. But in the face of an increasing number of COVID-19 cases in Kerala, we find it difficult and irrational to organise the festival as per schedule this year. Kochi itself is witnessing a spike in COVID-19 cases in recent days,” said Asheel.