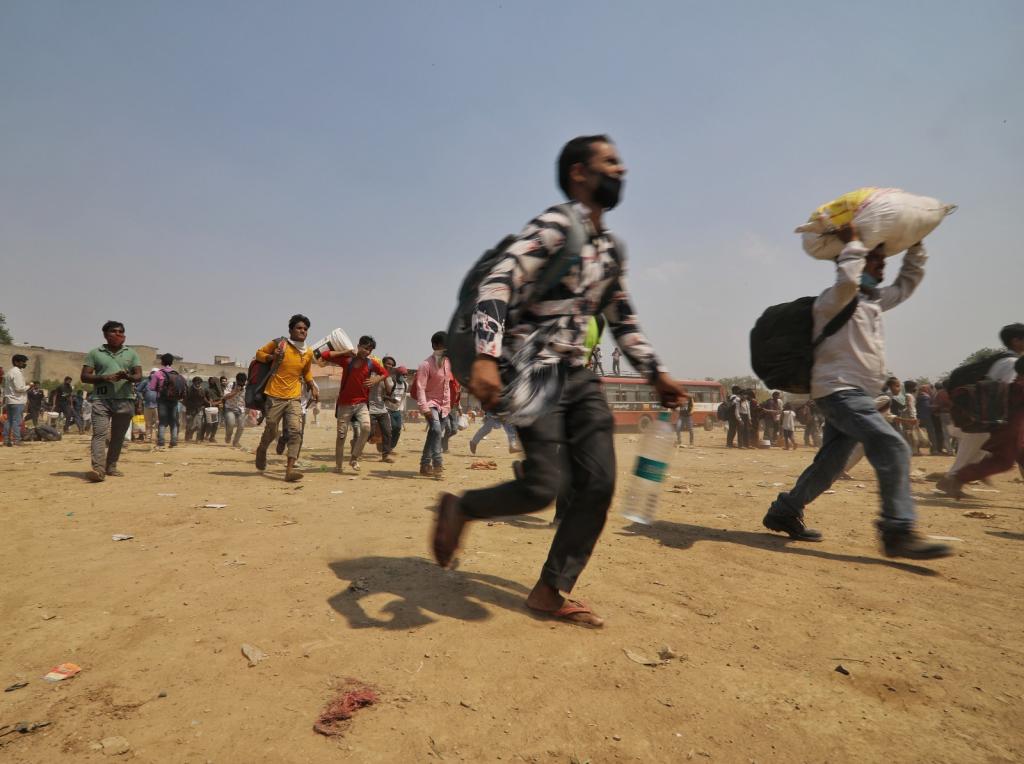 Millions of ‘migrants’ had to hit the roads half a year ago to trudge back to their ‘native’ places. When the Narendra Modi government locked down India to curb the novel coronavirus disease, these people had to leave as their urban workplaces could offer no succour.

With the return of the natives, India’s villages also saw the advent of the virus. It was just a matter of time that the pandemic would cross over to rural India, given its Potemkin healthcare facilities and the lack of infrastructure and economic support.

Government agencies looked the other way; the urban and international gaze was kept focussed on other issues.

But the inevitable has happened and the numbers are forcing the urbane to sit up and take cognisance.

On July 26, 2020 the number of cases reported in rural India topped those from urban centres. For 39 days straight since, rural districts recorded more new cases.

The government has not released district-level data since the beginning of May. The total case count then was 4,000; it is now over six million.

In the absence of official numbers, we turned to data compiled by How India Lives — a repository of public data — and used Census 2011 and state websites to segregate 719 districts into urban and rural (those with more than 60 per cent rural population).

What we found is worrying: In August alone, rural districts recorded nearly 1.1 million COVID-19 cases — 56 per cent of all new cases. In the first 27 days of September, nearly 1.2 million new cases were recorded from rural districts, again accounting for 53 per cent of the national tally.

Huge numbers of Indians are getting infected; many are losing lives. The numbers (for the scientific-minded) are clear proof of the myopic approach the government adopted in reporting, understanding and fighting the virus.

Rural cases accounted for 49.7 per cent of the all cases (by September 27) and the trend indicates a further uptick in the coming months.

On August 18, the number of rural deaths in a day exceeded the number in cities. In September, rural districts accounted for more new deaths (15,000, 50.6 per cent) than urban India.

At least 12 states — unsurprisingly those that received the ‘reverse migration’ — have more cases in rural districts. Eg, Uttar Pradesh, where the maximum number of Shramik trains (meant for migrants) terminated.

Until April, a little more than 40 per cent of the reported cases in UP were in rural districts. By September, that jumped to 65 per cent. In Madhya Pradesh, the jump was even higher — from around 20 per cent to 65 per cent.

Celarly, as the virus claims its victims increasingly away from the cities, the urban gaze has also been shifted away in the the ultimate 21st century rendition of the survival of the fittest.