Testing is no doubt the cornerstone of the fight against COVID-19. But the world’s growing obsession with tests might weaken our response to the pandemic 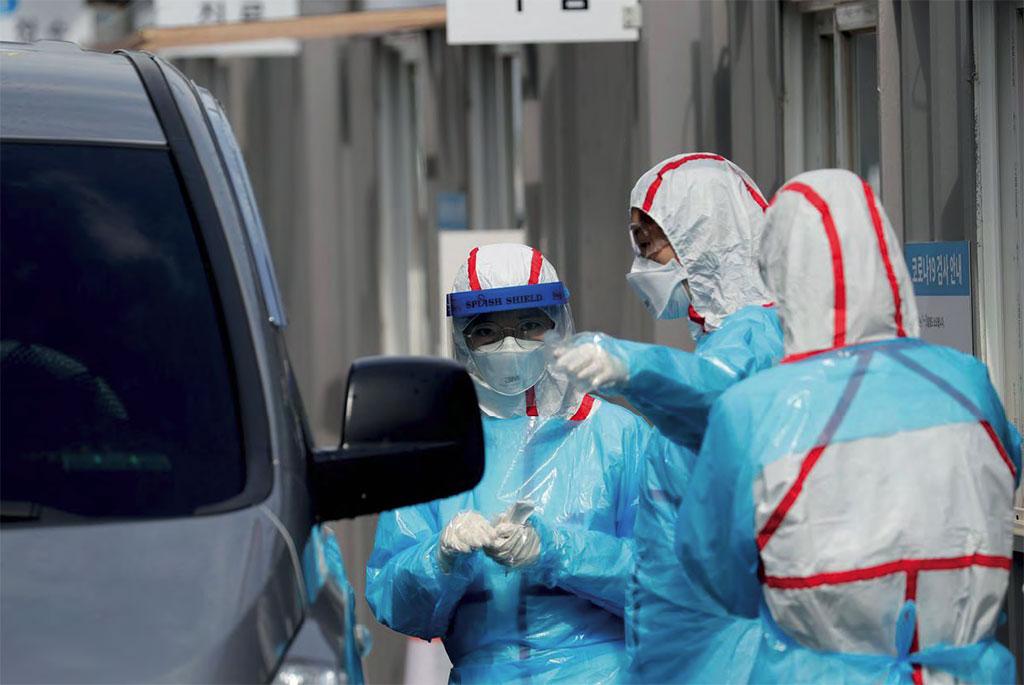 A drive-through testing facility in South Korea. Using its experience from the MERS outbreak in 2015, the country has not only set up a huge infrastructure for testing but also kept them separate from treatment facilities to avoid the spread of infection (PHOTO: REUTERS)

The world is in a rush to reopen. After some five months of closure due to the novel coronavirus disease (COVID-19) pandemic and amid the forecast of a three per cent drop in the global economy — the steepest since the Great Depression of the 1930s — governments are easing stay-at-home orders, lifting restrictions and even drafting new laws to make up for the lost days.

But with no antidote or vaccine in sight, they are in a fix; any careless move can undermine the hard-fought gains and lead to an explosion of new cases. In India, where the Union government has been relaxing restrictions while extending the lockdown, states are nervous as the infection count continues to rise.

But as Australia’s Prime Minister Scott Morrison says about easing lockdown: “It’s going to be step-by-step, there is going to be some trial and error, this is completely uncharted territory.”

The world is frantically looking for role models — countries that have weathered the pandemic storm and have worked out plans to reanimate their economies. One country that has emerged as a sign of hope is South Korea.

Rising like a phoenix from the ashes, it has come out stronger from a similar crisis in 2015 when an outbreak of the highly fatal Middle East Respiratory Syndrome (MERS), also caused by a coronavirus, sickened 186 people and killed 38.

So on January 20, 2020 when the country reported its first COVID-19 case, health officials knew they had to quickly quarantine the infected and trace those who came in contact with them before they could spread the disease further.

Its biotech industry had, in fact, started working on a diagnostic kit much earlier, as soon as China, the country of origin of the disease, released the genome of the virus, SARS-COV-2. By February 12, when the total number of cases were way below 100, the Korea Centers for Disease Control and Prevention had approved the test kit by one local biotech company, Seegene, on a fast track basis. Such approvals typically take a minimum of six months. Soon, other companies joined forces.

With the diagnostic kits in hand, the country launched a massive testing and contact-tracing campaign. Even asymptomatic people could get themselves tested for free.

Since hospitals had turned into hotbeds of infection during the MERS outbreak — paralysing the healthcare delivery system — this time the country kept the testing and treatment facilities separate.

By early April, it flattened the curve and held the parliamentary election. It now has a huge infrastructure for COVID-19 diagnosis — 638 testing centres, including 80 drive-through screening kiosks and a capacity to test 23,000 people a day. It did not have to resort to lockdowns. The International Monetary Fund (IMF) says the country’s GDP would shrink only by 1.2 per cent this year.

Small wonder, widespread testing has become the mantra for defeating COVID-19. In the US, as President Donald Trump wants Americans to return to work and get the economy running, state governors are pushing and fighting for more tests.

In the third week of May when the death toll neared the 100,000 mark — the highest in the world — the White House rebuked its top health agency, the Centers for Disease Control and Prevention (CDC), saying “it let the country down” on providing testing.

CDC had botched up the testing kit it was asked to develop. It was only on February 28, a month after the first case was reported in the country, that CDC decided to rope in other public and private entities for developing tests.

By April 27, the Food and Drug Administration (FDA) had issued emergency-use authorisation to 70 test developers. That day, Trump unveiled two documents — Testing Overview and Testing Blueprint — and said a big part of “opening up America again” depends on testing to determine how many had been exposed to the virus. By May 21, it was conducting 39.42 tests per 1,000 people; South Korea’s testing rate is 15.65 per 1,000.

In Africa, authorities, meanwhile, struggle to compete with richer countries for procuring testing material on the global market. Even where there is enough money, many African health authorities are unable to obtain the supplies needed, says a commentary published published in The Lancet on May 7.

There’s no doubt that testing is the cornerstone of this fight against COVID-19. But it seems more than helping in the combat, it has led to confusion and chaos worldwide. Can governments rely on them for reopening economies?

A dipstick analysis shows that there is little correlation between widespread use of these tests, disease prevalence and prevention of deaths.

Down To Earth selected from each continent two countries conducting maximum number of tests and compared their test rates with their rates of cases and deaths. Let's consider UK, Australia, New Zealand and US whose testing rates are almost same — they are conducting 50,000 to 60,000 tests per million population.

As on May 30, fatality rates in Australia and New Zealand were just seven and eight per million, whereas the figures were a massive 944 for the UK and 622 for the US. While the Oceania countries have managed to keep their rates of infection at around 500, it has crossed 10,000 in US and reached 6,707 in UK. This shows there are other factors that play a critical role in winning the battle than just widespread testing.

So, how to live with it?

COVID-19 remains a big unknown. The only evidence we have is it is highly infectious and has a fatality rate 10 times higher than that of flu But we still do not know of all its symptoms and have little understanding about its long-term health impacts. So most researchers are in favour of taking precautions. “We should maintain the current levels of infection or even reduce the levels until a vaccine becomes available.

This will take some level of continued physical distancing for an extended period, likely a year or longer, before a highly effective vaccine can be developed, tested and mass produced,” says Gypsyamber D’Souza, epidemiologist with the Johns Hopkins Bloomberg School of Public Health, US.

But waiting for this vaccine might not make much sense for countries like India, which have pathetic vaccine coverage: According to the National Family Health Survey of 2015-2016, the percentage of fully immunised children ranged from 91.3 per cent in Puducherry to 35.7 per cent in Nagaland.

As of now, the virus seems unstoppable, stirring second wave in countries like South Korea that had contained it the first time. The way to go ahead would be to have a mix of testing, physical distancing, imposing quarantines and lockdowns and ensuring sanitation and healthcare, but all implemented at the correct time and as per the need.

Analyst Joe Hasell at ourworldindata.org compares testing strategies followed by South Korea, Italy, UK and US. All these reported their first cases in January. While South Korea tested early, monitored the outbreak and managed to curb it, Italy, UK and US focussed on testing quite late, resulting in runaway cases.

New Zealand too followed the ‘go hard, go early’ approach despite inadequate infrastructure to contain the pandemic. Its prime minister Jecinda Ardern now claims that the country is on track to eliminate the virus.

Australia, which ranks among countries that have successfully fought against COVID-19 despite moderate restriction measures, allowed local governments to impose lockdowns while ramping up health infrastructure.

To help people return to normality while keeping the virus under control, the focus is now more on localised and targeted measures. On May 28, the UK has launched the Test and Trace service, with 25,000 contact tracing staff and the capacity to trace the 100,000 contacts per day.

Its idea is to ensure that the R0 number remains lower than 1 such that one infected person does not infect more than one person. While the infected person would be tested, an intensified effort would be on to trace down their contacts who would then be asked to self-isolate for 14 days.

This would reduce the need to quarantine and lockdown large areas. Scotland and Northern Ireland too have introduced similar systems of test, trace and break the chain strategy.

To deal with the pandemic, the world needs to urgently innovate and change the way it deals with diseases. While the health infrastructure needs to be made robust, not only in one country but across the world, health care requires more than just tests and ventilators.

It requires identifying what strategy works where and when as the battle is not going to be over anytime soon.