A 25% reduction in TB detection due to the COVID-19 pandemic in three months could lead to a 13% increase in TB deaths, according to WHO 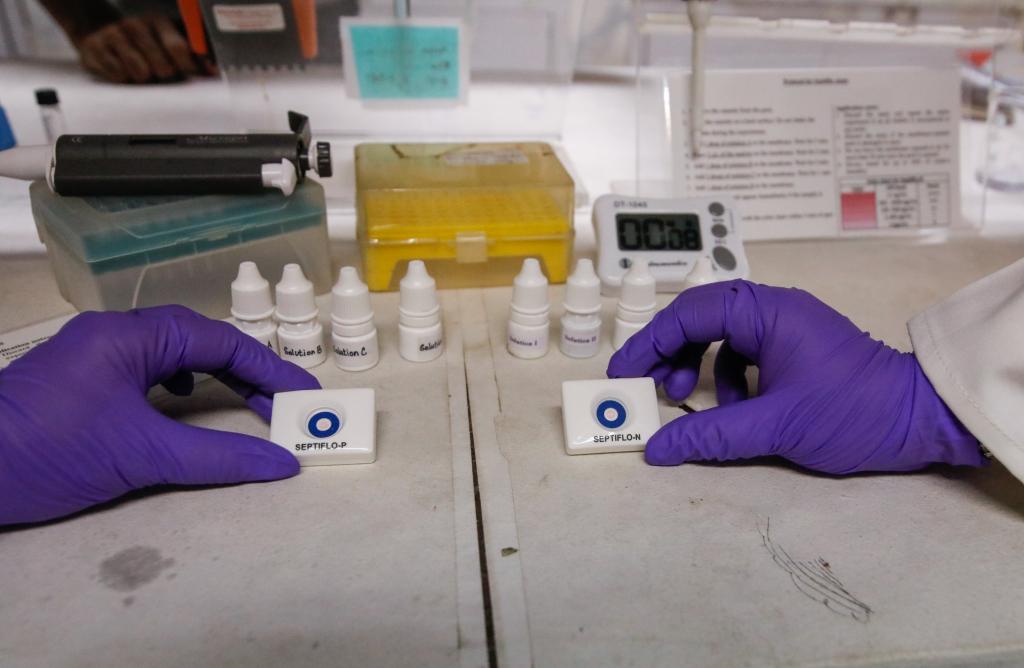 The Indian healthcare infrastructure is totally subsumed in the care of the novel coronavirus disease (COVID-19) patients. This has put those suffering from other major ailments, particularly tuberculosis (TB), at risk. With more and more beds being diverted to COVID-19 patients on a war footing, TB patients are on the receiving end.

India accounts for approximately a quarter of the world’s TB burden. While the country hoped to eliminate the disease by 2025, with COVID-19 lurking around, the target may go for a toss.

There is a crucial connection between TB and COVID-19 — both are transmitted through respiratory droplets and affect lungs. Seriously ill patients of both diseases need ventilators. They both can be identified using the same diagnostic technology / machines.

It can be seen on the Union government’s Nikshay portal, accessed on June 6, 2020, that the total number of cases notified each month came down drastically during the lockdown.

A similar trend can be seen in other states as well. This suggests that people were unable to access services during the lockdown.

The delay in identifying new cases creates a risk. During this time, the patient would transmit the disease, especially among family members. There would also be risk of complications and death. Even if the patient has the option to go to a healthcare facility, confirming the diagnosis would take time as the facilities have been diverted to COVID-19.

The automated CBNAAT tests that were developed for TB diagnosis have been modified to identify COVID-19 and many more machines have been diverted. Once the patient starts receiving the treatment, restrictions would make it difficult for community workers to visit him and ensure adherence to treatment and monitor progress.

Nikshay portal also provides data on mortality. However, the same was not available when the site was accessed recently.

Media reports have pointed to a decline in the number of deaths caused by TB. From January to March 2020, Kerala reported an average of 150 deaths per month. The number, however, dropped to 39 in April in the state.

Similarly, Karnataka saw a decline in TB deaths: 472, 357 and 292, 118 deaths were reported in January, February, March and April. This could have been because community workers were unable to register deaths during the lockdown.

According to a modelling study published by the World Health Organization on May 12, a 25 per cent reduction in TB detection due to the COVID-19 pandemic in three months could lead to a 13 per cent increase in TB deaths.

This would bring us back to the levels of TB mortality that we had five years ago, the report stated. It has been estimated that between 2020 and 2025, an additional 1.4 million TB deaths could be registered as a direct consequence of the COVID-19 pandemic.

The Imperial College COVID-19 response team reported on May 1 that disruptions in services for treatment of HIV, TB and malaria in high burden low- and middle-income countries could lead to additional loss of life.

They found that HIV, TB and malaria related deaths over five years may increase by up to 10 per cent, 20 per cent and 36 per cent, respectively, compared to if there were no COVID-19 epidemic.

The group estimated that the greatest impact would be from reductions in timely diagnosis and treatment of new TB cases.

TB reduces immunity and the patients become susceptible to a host of diseases. It is feared that COVID-19 may be one such disease that could attach a TB patient and result in poorer treatment outcomes. Anande said he has not observed this co-infection in patients that come to his hospital so far.