COVID-19 cases are on the rise in the United States, countries in Europe and Southeast Asia 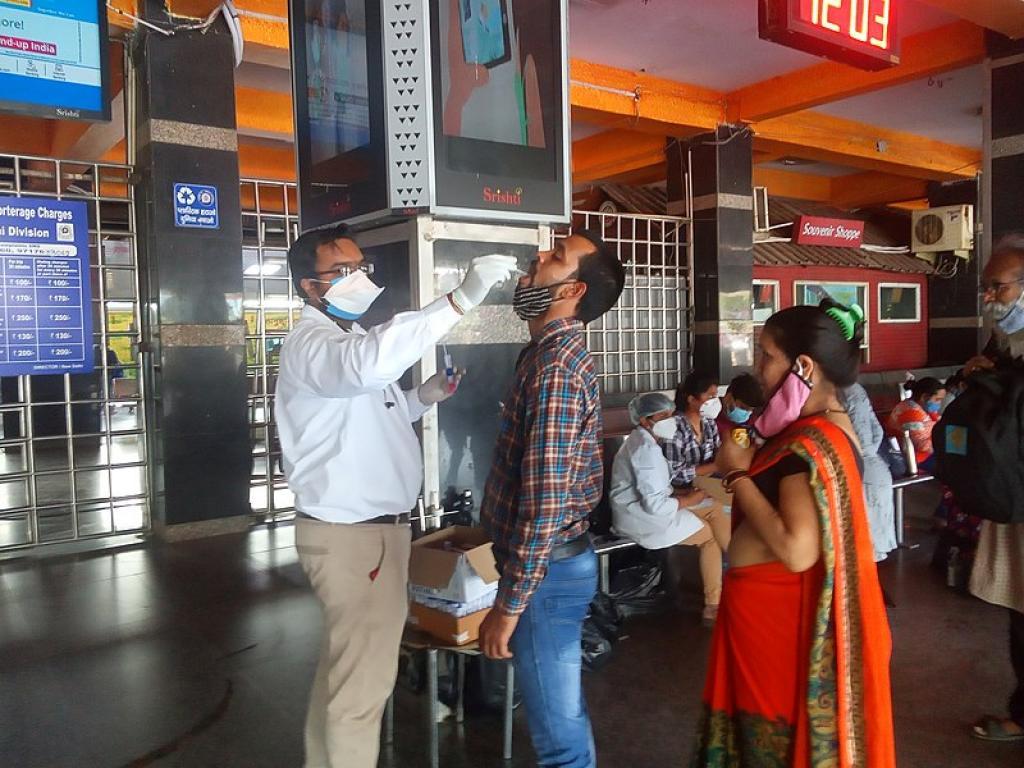 The first evidence of a recombination of delta and omicron variants was shared by Institut Pasteur, a French bioresearch non-profit. The recombinant virus identified in several regions of France by the EMERGEN consortium has been circulating since early January 2022, the body noted. Genomes with a similar profile have been also identified in Denmark and the Netherlands, it added.

Further investigation is needed to determine if these recombinants derive from a single common ancestor or could result from multiple similar recombination events, Institut Pasteur added.

The COVID-19 situation in India is calm for now but the central government has sounded the alarm about an impending wave, given the rise in other countries. At least 568 delta and omicron recombinant (deltacron) cases have been reported in India — Karnataka is the hotspot with 221 such cases, followed by 90 in Tamil Nadu, 66 in Maharashtra, 33 in Gujarat, 32 in West Bengal, 25 in Telangana and 20 in Delhi.

A high-level meeting was chaired by Union Health Minister Mansukh Mandaviya March 16, where he stressed on remaining vigilant and pushed aggressively for genome sequencing.

The last weekly update on coronavirus genome sequencing by Indian SARS-CoV-2 Genomics Consortium (INSACOG) was released January 10, 2022. It said 150,710 samples have been sequenced till date.

Maharashtra and Kerala sequenced the highest proportion of cases, according to the bulletin. India, however, has been severely lagging behind other countries, with just 0.3 per cent of all its cases sequenced (GISAID). The share has improved marginally from 0.2 per cent in November 2021.

Recombinant cases have also been detected in the United States and the United Kingdom.

Events such as these are not rare, said experts. Soumya Swaminathan, WHO chief scientist, tweeted:

We have known that recombinant events can occur, in humans or animals, with multiple circulating variants of SARS-CoV-2. Need to wait for experiments to determine the properties of this virus. Importance of sequencing, analytics and rapid data sharing as we deal with this pandemic.

While we must remain vigilant about deltacron, BA.2 — a subvariant of omicron — is ripping through several parts of the world. The subvariant has been detected in several countries, including the US, UK, India, Malaysia, South Korea, South Africa, Denmark and Hong Kong. Experts believe it will likely become the predominant strain in the weeks to come.

COVID-19 cases are on the rise again: US and countries in Europe and Southeast Asia are facing another surge.

“Based on available data of transmission, severity, reinfection, diagnostics, therapeutics and impacts of vaccines, the group reinforced that the BA.2 sublineage should continue to be considered a variant of concern and that it should remain classified as Omicron,” the World Health Organization (WHO) noted in a statement released February 22, 2022.

The subvariant has a growth advantage, which means it is more transmissible than the original variant, according to the United States health agency. However, the difference between the infectiousness is not as much as it was between omicron and delta.

Protection against reinfection with BA.2 in those infected with BA.1 — both of which have differing genetic sequences, “including some amino acid differences in the spike protein and other proteins” — remains at least for a short period of time, said WHO.

No difference in severity between the two has been reported till now, the body noted. With huge numbers of cases, hospitalisations will increase and that will mean increased deaths, primarily in the unvaccinated or partially vaccinated people, said WHO’s COVID-19 technical lead Maria Van Kerkhove at a press conference Saturday.