At the current rate of vaccination, the state will take up to two years to inoculate all its 128 million people, experts say 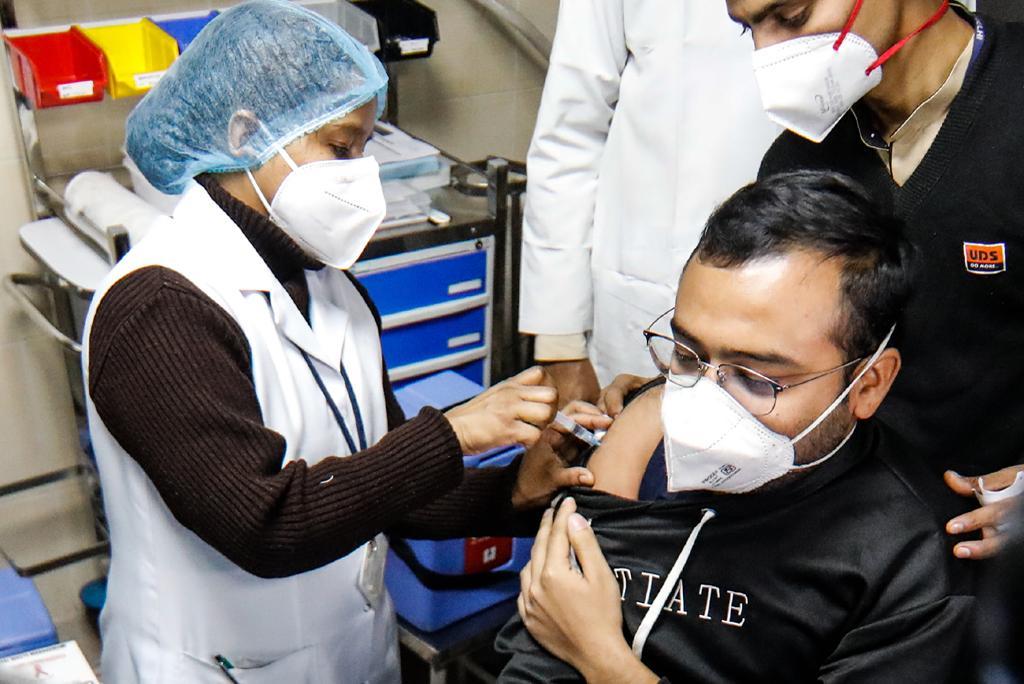 Thousands of people, mostly aged 18-44 years, have been returning daily from centres across Bihar in the past week, without a jab and disappointed, thanks to a shortage of vaccines for the novel coronavirus disease (COVID-19).

The shortage comes even as a fresh COVID-19 vaccination drive was launched June 21, 2021 by the state government.

Bihar Health Minister Mangal Pandey had repeatedly claimed that the vaccination drive in the state was ‘progressing smoothly’. He frequently asserts that Bihar will achieve the target of vaccinating 60 million people in six months.

Bihar decided to vaccinate 10 million people per month and 300,000 people daily to achieve the target of 60 million in six months. On June 21, some 729,332 were vaccinated, according to official data.

On June 25 and 26, the number of vaccinations was around 200,000. All this, despite the much- publicised vaccination express vehicles visiting rural areas to vaccinate people at their doorsteps. In June, the state got nearly 2.3 million vaccine doses.

About 15,771,555 people have been vaccinated in the state till June 28, even as the spectre of a third wave looms large. This is only 12.27 per cent of Bihar’s estimated population of 128 million.

Going by this data, about 87.73 per cent of the population have not been vaccinated so far. All of them are vulnerable to deadly COVID-19 infection if the third wave hits today.

Sunil Kumar, secretary of the Indian Medical Association (IMA), Bihar, said it was a matter of serious concern that just 15 million of 128 million people had been vaccinated in the last six months. “Vaccination is the only weapon to protect everyone from COVID-19 infection,” he said.

The IMA Bihar reiterated its demand that the vaccination drive should be time-bound. The government should involve all private clinics, hospitals and health centres in urban as well as rural areas with a daily quota to vaccinate people.

Kumar said at the current speed, it would take months or up to two years to inoculate everyone.

He recalled that the vaccination drive for individuals aged 18-44 years in the state had a delayed start May 9, 2021 due to the unavailability of vaccines. Bihar reportedly has nearly 54 million people in this age group.

The state government allocated Rs 4,000 crore for vaccinating people in the 18-44 age group in April. Later, the state cabinet cleared the release of Rs 1,000 crore to procure vaccine doses from Serum Institute of India and Bharat Biotech Intl Ltd.

Vaccination drives in the state formally started on January 16 this year. Initially, the focus was to vaccinate people aged over 50 and 60 years. But after the second COVID-19 wave hit the state badly, the government announced vaccination for all, including individuals aged 18-44 years.