COVID-19 vaccines for all: Decoding global tenders by states 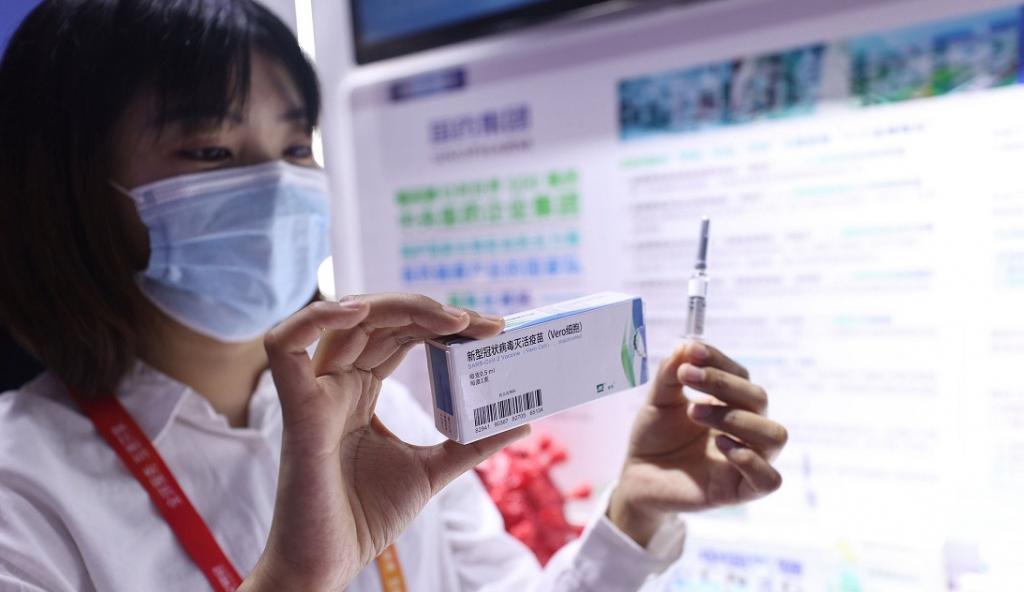 The Brihanmumbai Municipal Corporation has specified that the applicant to its global tender should not belong to countries sharing borders with India, including China, where the Sinopharm Vaccine is made. Photo: @China2ASEAN / Twitter

The Government of India’s decision to not provide the vaccine against the novel coronavirus disease (COVID-19) to those below 45 years have put states in a spot. Amid an acute shortage of jabs, a dozen states have already decided to float global tenders for secure supplies.

Mumbai’s civic body, the Municipal Corporation of Greater Mumbai (MCGM) May 12 invited expressions of interests to supply 10 million shots. This would be enough to vaccinate five million people (if the vaccine requires a two-dose regime). The population of Greater Mumbai was 18.4 million, according to the 2011 Census.

Uttar Pradesh floated a tender for 40 million doses of the vaccines May 7. This would help vaccinate 20 million of the state’s 200 million-plus population.

Both, the MCGM and Uttar Pradesh have indicated specific criteria for those interested in the offer.

For example, for Mumbai, the companies have to make their offer by May 18, 2021. The MCGM is open to manufacturers / their Indian partners / wholesalers of manufacturers / authorised distributors of manufacturers applying for the tender.  But it has specified that the applicant should not belong to countries sharing borders with India.

The MCGM has also specified that unless the vaccine provided can be stored between 2 and 8 degrees Centigrade, the manufacturers would need to provide the required storage facilities till the vaccination point. Once an application is approved, the manufacturer would have to deliver within three weeks.

UP too has specified that it wants vaccines that can be stored at 2-8 degrees Centigrade. UP has set the last date for applications as May 21, 2021. At the pre-bid meeting organised by the state May 12, 2021, the state seems to have got good feelers from foreign manufacturers like Moderna Inc, Johnson & Johnson and the Gamaleya Research Institute of Epidemiology and Microbiology, Russia. So far, the state has administered 14.1 million vaccine doses.

The volumes that they are likely to tender for is not clear as of now. Media reports suggest that Karnataka plans to buy 20 million doses while Rajasthan will order anywhere between 10-40 million doses.

The import of the vaccines will have to meet the Indian government’s criteria. The Indian drug controller has approved vaccines by the Serum Institute of India Ltd, Bharat Biotech Intl Ltd and the Gamaleya Institute.

India can also import vaccines that have been approved by the World Health Organization, the European Union and the United States. These are the vaccines manufactured by Pfizer Inc, Moderna, Johnson & Johnson, AstraZeneca plc and China National Pharmaceutical Group Corp (Sinopharm).

Mumbai exclusion criteria removes the Sinopharm vaccine produced in China but as the vaccine is also being produced in other countries like the United Arab Emirates, Belarus and Egypt, vaccines from these manufacturers would technically fit the bill.

The cost of vaccines would have to be borne by the state and this too would be a limiting factor. The health budget in Uttar Pradesh for 2021-22 is Rs 32,009 crore while that of Mumbai is Rs 4,728 crore.

While the prices offered by the companies keep changing, a paper published online in The Lancet February 12 puts down the lowest price for a course as follows:

High prices could keep the Sinopharm and Moderna vaccines out of the race, but it is also likely that the companies would reduce prices based on orders and the states’ bargaining power.

This is the reason many states like Delhi have stated that the Centre would have been best suited for floating global tenders for the vaccines. Delhi had kept aside Rs 50 crore for the Aam Aadmi Free Covid Vaccine Scheme in this year’s budget.

States are already trying to figure out where the additional funds can be taken from. Rajasthan has decided to use Rs 3 crore from the MLA Local Area Development Fund. Maharashtra also plans to use development funds for this purpose. To reduce costs, the states have also asked for removal of the Goods and Services Tax on imported vaccines.

The success of the procurement would also depend on when the vaccines are delivered. As of now, none of the manufacturers of the vaccines have indicated shortages. But delivery also depends on the companies’ prior commitments.