A group of 30-odd students in rural Bengal started a forum with a helpline service, provided relief to 5,000 migrants across the country 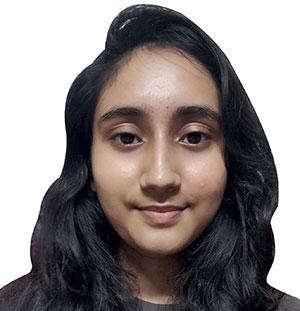 “My friends and I teach children in rural areas adjoining our college in Kalyani, a suburb some 50 kilometres from Kolkata, West Bengal. When the novel coronavirus disease (COVID-19) crisis deepened in April, we started receiving calls from the families living there for help,” recalled Julekha Pervin, a third-year student with the Bidhan Chandra Krishi Viswavidyalaya.

So Pervin, along with 30-odd students, started reaching out to individual households with food packages. Later, they started a community kitchen. They raised Rs 60,000, primarily through contributions from professors.

“We soon realised that almost all the households in rural West Bengal had family members stuck in cities without jobs,” she said. So they came up with a simple idea: Start a forum with a helpline service where people could call up and inform distressed workers from West Bengal and then pass on the information to non-profits operating in the state where they were stranded.

Pervin and two others, Tamonash Roy and Chandan Bhattarcharya, took the responsibility of the helpline service and popularised their phone numbers through social media and by word of mouth.

The others started forging associations with non-profits in different states. At the peak of the crisis, the students would receive over 120 calls a day, mostly from family members of workers stranded in other states. They created a network of 50-60 non-profits.

“There have been occasions when we were unable to immediately connect a migrant with a non-profit. We transferred money directly to them,” said Pervin.

For instance, a couple in Dharavi slums of Mumbai needed immediate help for their youngest child who suffers from thalassemia, which requires regular blood transfusion. Dharavi, at that time, was completely locked down due to high number of COVID-19 cases. “We transferred some money. They eventually got their jobs back and are doing better now,” she added.

During the second phase of the lockdown, the students started sensitising families about various government schemes and initiatives. They rolled out small how-to videos on the Sneherparash mobile application, released by the West Bengal government to transfer Rs 1,000 to rural beneficiaries and circulated it among people.

They created similar content on how to book tickets for shramik trains and apply for e-passes to enter West Bengal districts.

While the migrant distress has eased ever since, Pervin thinks the lockdown hurt the illiterate population the most. “We received several calls from groups of Bengali women who were working at construction sites in Jaipur. These groups were stuck in the city after the construction sites closed down because they could not speak Hindi,” she said.

The students have helped over 5,000 migrants and provided relief to many more households in the state.