Dahi Handi and the fall of young govindas

Under the veneer of celebration, lives of minors in Maharashtra are put at stake 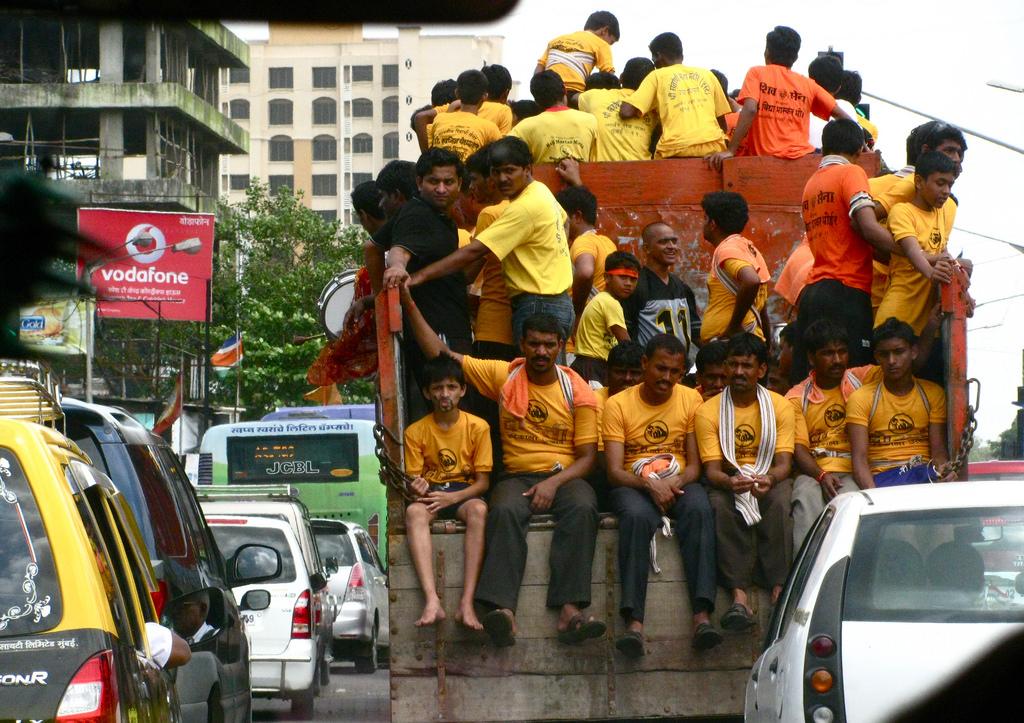 Event organisers prefer young boys and girls because they are light and they can easily climb on top. Credit: Satish Krishnamurthy/Flicker

The taller the human pyramid, the greater is the prize money. That’s the inspiration behind organising Dahi Handi celebration, a staple event across Maharashtra held during Gokulashtami festival.  At the core of the festivity is the participation of teenagers. Young govindas (both boys and girls) are expected to climb the uppermost tier of the pyramid as they are lighter. This risky revelry had caught the attention of judiciary and Child Rights Commission in 2014.

In a most recent attempt at reducing the risk quotient and ensuring safety for minors, the Supreme Court upheld the 2014 Bombay High Court order of limiting the size of the human pyramid to 20 feet and restricting participation of those below 18 years of age. Both the orders are being flouted.

Money is the lure

In Maharashtra, thousands participate in the event that requires a team to reach and smash a pot of curd hung on a rope suspended at a height of 40-50 feet. Every year, the scale of the celebrations and prize money increases to lure more participation. The prize money ranges from Rs 100,000 to Rs 1 crore.

Exploitation in the name of competition

Talking to Down To Earth, Kripa Amar Alva, chairperson of Karnataka State Commission for Protection of Child Rights, said, “The kids are drawn into this event primarily because of the thrill factor. Moreover, event organisers prefer them because they are light and they can easily climb on top. The young ones think of it as a fun sport.”

In some cases, parents also push their kids to participate in marathon rounds—each child participating in 10-11 venues—increasing the risk factor.

In 2014, activist Pawan Pathak had filed a petition to the Maharashtra Commission for Protection of Child Rights, highlighting how children as young as five are being used for the event. They are used to form the top tier of the human pyramids often without any safety measures in place. “Young children are lured into such dangerous activities with paltry sums of money, and even this is denied to them eventually,” he had said.

On August 11, 2014 Bombay High Court issued an order banning those below 18 from participating in the event and limiting the height of human pyramids to 20 feet, including various safety measures to be undertaken by participants.

On August 18, 2016 the Supreme Court directed the state government to declare Dahi Handi a “dangerous performance” under the Maharashtra Police Act. It also questioned asked why the government had not framed laws for the safety of the participants.  Other than making this an “adventure sport”, the government hasn’t made any announcement to implement orders issued by the Bombay HC.

Injuries and deaths related to Dahi Handi celebrations in Mumbai

Besides fractures on hands and legs, head injuries and injuries on the shoulders are also rampant. Some participants often get electrocuted for not being cognizant of the live wire hanging at a height.

While Maharashtra government is taking its own to time to implement court orders on ground, Karnataka is making progress in arresting this trend. Talking about the awareness drive that the state Child Rights Commission had launched, Kripa Amar Alva said, “We had sent a letter to the Chief Secretary of Karnataka and all the police headquarters in the districts ahead of the event so that they stay aware and alert. I am told that this year, participation of minors has dropped significantly.”