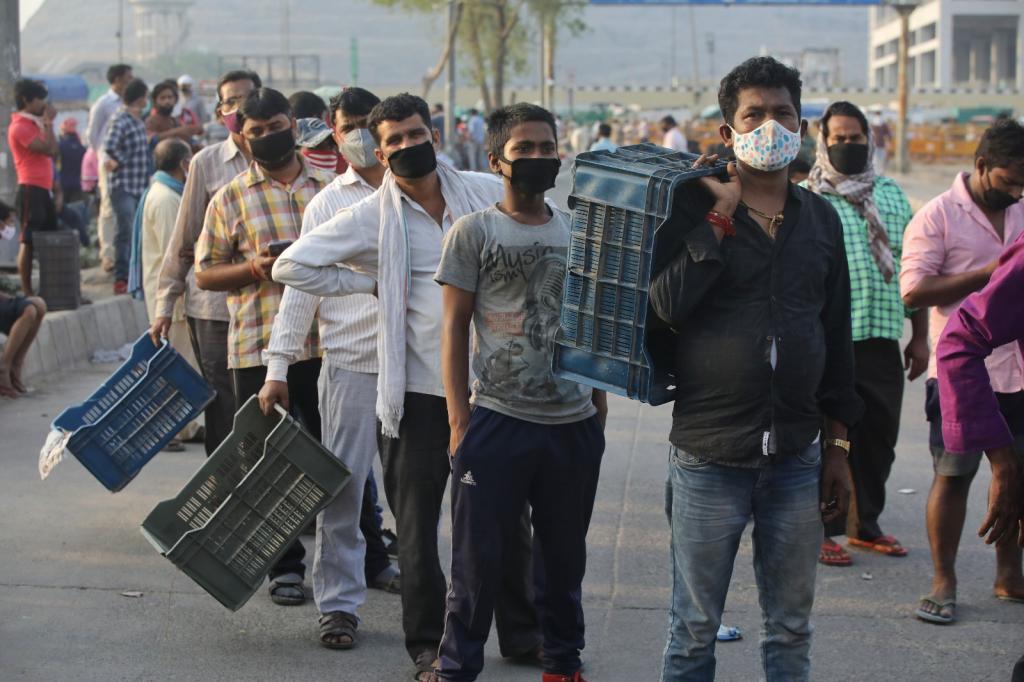 An unbridled surge in the novel coronavirus disease has already added the ‘COVID capital’ moniker to Delhi. Now the Narendra Modi government has blamed the Arvind Kejriwal administration for the situation, that too in front of the Supreme Court.

The Delhi government took “no effective preventive steps to contain the infection” despite repeated warnings and specific guidelines, even when indications of an impending surge was clear, the Union home ministry alleged November 26, 2020.

The state government knew winter, festivals and polluted air together could drive up cases, the Centre claimed in an affidavit. A high-power committee had warned it of about 15,000 cases per day and recommended that 6,500 beds be readied at intensive care units (ICU) in city hospital.

According to the affidavit:

The Government of National Captial Territory of Delhi (GNCTD) did not take any timely measures to increase the ICU beds from the present level of around 3,500, thus causing a sudden pressure to come on the health and medical infrastructure in Delhi.

The Centre alleged Delhi did not beef up testing — especially through RT-PCR kits — enough; they remained static around 20,000 for long despite “repeated exhortations”.

Amit Shah’s ministry also blamed the situation on lacunae in containment measures — including house-to-house surveillance, contact-tracing, quarantine and clinical management. Those who came in contact with patients isolated at homes were not traced properly, it claimed.

The Centre said the home ministry in several meetings in June reported “scrupulous compliance” of directions by the Delhi government and “various short-comings, going into the root of the matter.”

Delhi has seen surges in COVID-19 cases in June, September and now, the steepest, in November.

Delhi has a crunch of ICU beds; their numbers were to be ramped up to 6,400 from 3,532, it was decided at the latest review chaired by Shah earlier this month. Only 710 beds, however, were added through November 24.

Kejriwal wrote to the Centre on November 19:

“Despite best efforts being made by the GNCTD and stretching their resources to the maximum only 5,218 beds could be managed and there is a gap of around 1,214 ICU Beds. Keeping in view the above scenario additional 1,214 ICU Beds may kindly be created in the Central Government Hospitals.”

What’s up with hospitals

The Centre’s affidavit also pointed at a survey on whether Delhi hospitals complied with COVID-19 protocols laid down by the Union health ministry didn’t reflect well.

“Athough Remdesivir and Convalescent Plasma therapy have been prescribed to be used as investigational therapy (on experimental basis) in the National Clinical Management Protocol issued by MoHFW, the hospitals were using these therapies routinely,” the report points out.

It also said that a majority of the hospitals were facing shortage of ambulances for transferring the cases to higher centres, if any exigency arises.

“Ambulances deployed for this purpose are required to be thoroughly disinfected after each referral. Hence, not possible to be used for transfer of patients suffering other illnesses. These hospitals are relying on ambulance services of CATS (a Delhi government body) and private providers.”