Do you really choose what you eat – or do your gut microbes decide for you? 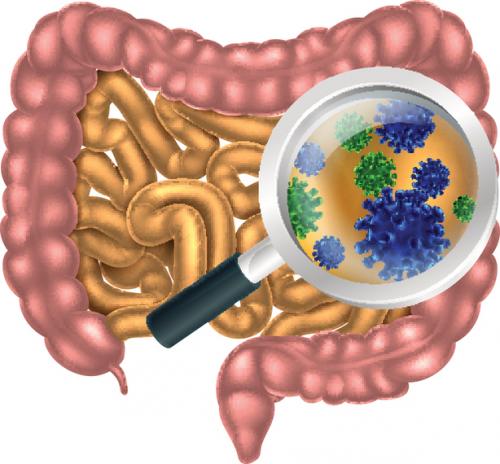 Most of us believe in free will, particularly when it comes to our eating habits. That’s why most people don’t regard obesity as a disease but rather a moral weakness or lack of willpower. But the free will argument has been taking a bit of a beating lately.

For example, we showed in studies using twins and others using families that the reason some people are overweight and others aren’t could partly be down to food preferences. Our food likes and dislikes are not just determined by the horrors of school food (beetroot for me) or family meals. Whether we prefer salads to fries or enjoy garlic or chillies, surprisingly, is more down to our genes than our upbringing. This makes the concept of pure free will, when it comes to eating healthily, increasingly hard to accept.

While our own genes play a role in picking what foods to eat and then metabolising them in a unique way, we are now discovering that other processes or microbes could also be involved.

A study from Lisbon and Monash, published in PLOS Biology, further expanded our insight into nutritional choice and free will by manipulating the microbes inside fruit flies to see how it affected their eating habits. The experiment involved studying the trillions of gut microbes that all animals contain (the “gut microbiome”).

We recently realised that these microbes are crucial for our digestion of foods, such as complex carbohydrates, and are key to regulating a normal immune system and making many essential hormones and vitamins that the body cannot produce.

Microbes also produce brain chemicals, such as serotonin, and there are an increasing range of studies in humans showing associations between a dysfunction of gut microbes and brain and mood-related disorders like depression, anxiety and autism. Some animal studies have shown these traits can be “transmitted” to sterile animals via microbial transplants, suggesting the microbes themselves produce chemicals that may be causal.

What also has been suspected is that individual microbes could influence the behaviour of their host to improve their own chances of evolutionary survival. There are several examples in nature of this, including the many species of fungus that can infect the brains of ants. These fungi make the ants climb certain trees helping the microbe to survive at the cost of the poor zombie ants whose heads explode, spreading the fungal spores in prime leafy locations.

As you can guess, it is very hard to test the “selfish microbe” theory in humans, so the Portuguese researchers used fruit flies – a much simpler animal which is used to establish the rules of nature, especially for many genetic studies. As with all animals, fruit flies contain microbes in their primitive intestines which coexist and help them digest food. During stressful periods, and mating (which may be stressful or fun, I guess) fruit flies vary in whether they prefer protein or carbohydrates.

By manipulating the microbes inside the fruit flies, using special flies brought up in germ-free conditions, the researchers found they could alter the flies’ choices of food, especially for protein intake. This directly involved two microbes (in this case, acetobacter and the yogurt bacteria lactobacillus) acting together.

When one type of essential amino acid protein was depleted in the flies’ diet, these microbes sent signals to the fly to eat more yeast (the main source of protein) and at the same time signals to stop them reproducing for a while. This means the two microbes, which benefit from eating some of the amino acids from yeast protein, can proliferate at the expense of other microbes and win their evolutionary arms race.

How this translates into humans is still speculative, but we all have thousands of microbial species and sub-strains all highly specialised and all competing for food and their byproducts inside us. Like us, they are driven to want to pass on their genes to their descendants.

We know that restricted diets can dramatically alter the balance of our microbes. For example, ten days of only eating high fat and sugary junk food severely reduced the number of species surviving in my son after his McDonald’s ten-day eating experiment (and he still hasn’t fully recovered).

If one species of gut microbe only reproduces well when it has access to a particular type of fat and otherwise would die out, for example, it could mutate one of its genes to produce a chemical to make its host eat more of that fat. And as some microbes reproduce every 30 minutes, the required mutation could happen quickly.

Indeed, many of us have experienced changes to our taste and appetite when we take antibiotics. These could be due to changes in our microbes rather than the direct effect of the drug.

Although we have no direct evidence for this microbial signalling in humans, and we don’t yet know the chemicals involved, it could be a factor in explaining why habits are so hard to break. For example, why it’s so difficult for hardened meat eaters to become vegetarians. Perhaps it’s because their microbes won’t allow it.

The good news is that, unlike our genes, we can modify our gut microbes. By having a varied high fibre and high polyphenol diet, we can maintain a diverse and healthy gut microbe community and prevent one group taking over the community and running it like a dictatorship.

And as we learn more about ourselves, we also have yet another excuse for eating that extra piece of cake: “It’s not just my genes, my upbringing or slick marketing – my microbes made me do it.”