The report finds high drug-resistance in three common zoonotic bacteria, which can be transferred to humans through food or environment 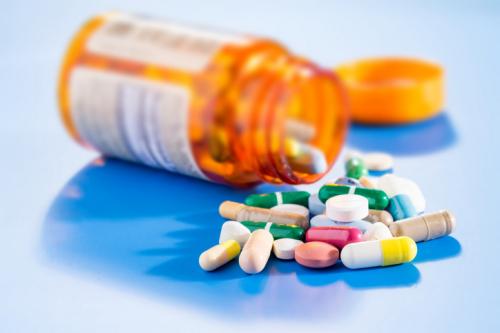 The report has shown high multi-drug resistance (MDR) in Salmonella across the EU, a bacteria that causes common food-borne disease. Resistance to colistin—a last resort antibiotic—has been detected in Salmonella and E. coli in pigs and cattle. More than 10 per cent of the tested Campylobacter coli bacteria in humans showed resistance to critically important antimicrobials, fluoroquinolones and macrolides.

Mapping the geographical extent of resistance, the report finds that countries in northern and western Europe have lower resistance levels than those in southern and eastern parts.

"Antimicrobial resistance is an alarming threat putting human and animal health in danger," says Vytenis Andriukaitis, EU commissioner for health and food safety. "We have put substantial efforts to stop its rise, but this is not enough. We must be quicker, stronger and act on several fronts," he adds.

Monitoring AMR in humans, food animals and food is crucial to understand its spread and trends and develop targeted interventions. While the developed countries, particularly EU, have a head start in this direction, the developing world falls back due to limited awareness, weak laws and inadequate implementation.

Although developing countries and rest of the world have recognised the impact of building AMR on human health, animals- and environment-related effects have received limited attention.

Even today, India does not have a national surveillance framework to track AMR in animals. A large information gap exists on antibiotic sales or usage in animals. The need to fill this gap was highlighted by experts in an international workshop organised by Delhi-based Centre for Science and Environment.

India is inching closer to finalising its National Action Plan on AMR, being formulated on the lines of “one-health” with inputs from agencies on health, animal husbandry, fishery, environment and industry. India should consider adopting practices and lessons from other countries with advanced understanding of AMR in its national plan.