Ensuring home for those abandoned with HIV: Meet Noori Amma 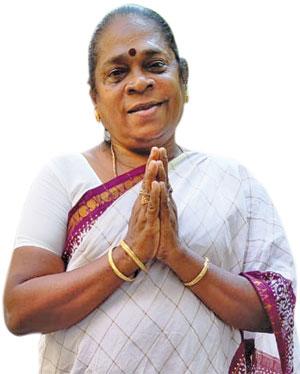 HIV / AIDS has been prevalent in India since 1986. Despite the advancements in scientific knowledge about the disease, the social stigma associated with it persists even today, making life difficult for those diagnosed with the condition.

This is unfortunately also true for children living with HIV/AIDS, who are often abandoned by their families and left to fend for themselves at a young age.

But in Chennai, Tamil Nadu, transgender woman Noori Mohammed has turned messiah for 400 such children in the past two decades, by taking them under her wing. She takes charge of their education, medical expenses and trains them in basic skills until they are able to find a job or source of income for themselves.

Her efforts to care for and support these children have earned her the title of Noori amma (mother) among the local community.

“Right now I have 45 children living with me,” she says. “They are not just from Chennai; people from all parts of the state call and ask if they can leave their children with me. I try to never say no, but I only have limited space and resources,” she says. Her wards currently live in a shelter home she built for them in Chennai.

Noori’s empathy for these children stems from her own experience of living as a person shunned by society for having contracted HIV/AIDS. She recalls being diagnosed as HIV positive on July 22, 1987 — making her the third person in India and the first in the transgender community to be diagnosed with the condition, accordign to then media reports.

“At first I could not believe it, but then people around me kept saying how terrible it was that I got this disease. That is when it hit me,” she said.

To learn how to care for herself and others living with HIV/AIDS, Noori worked in a hospital in Chennai as a nursing attendant. There, she came to know about the practice of parents anonymously leaving their newborns diagnosed with the disease in the hospital, and began to adopt these infants.

“The cycle continues since then. Even today, many of the children I care for are those left on my doorstep,” she said.

In 2005, Noori established the SIP Memorial Trust — named after Selva, Indira and Palani, three of her friends who succumbed to AIDS — and formalised her work. The Trust runs on financial support from Noori's friends and acquaintances, corporate donations and even politicians and actors working for the cause.

Under the Trust, Noori also conducts support and awareness programmes for adults. “I visit rural areas where HIV / AIDS is rampant and teach people how to properly care for patients. Companies also invite me for talks. It is only through all of these activities that people like me can debunk misconceptions about the disease and live as part of the society,” she said.