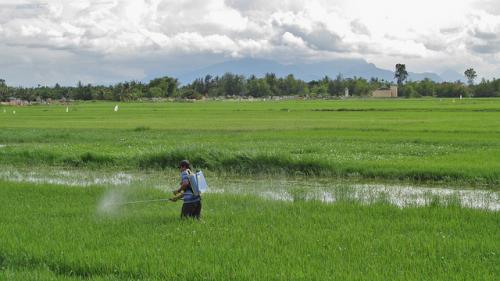 An internal group of the United Nations has concluded that insecticides diazinon, malathion and herbicide glyphosate are unlikely to pose a carcinogenic risk to humans from exposure through the diet. In 2015, the International Agency for Research on Cancer, another UN body, had classified these chemicals as “probably carcinogenic to humans”.

The findings were a result of a joint meeting of the Food and Agriculture Organization of the United Nations’ (FAO) panel of experts on pesticide residues in food and environment and the World Health Organization Core Assessment Group on Pesticide Residues (JMPR) which was held at WHO Headquarters in Geneva (Switzerland), from May 9 to 13.

JMPR is an international expert scientific group administered jointly by the FAO and WHO. The meeting evaluated the three chemicals on genotoxity based on various studies. A genotoxic chemical has properties to change the genetic information in cells that can then lead to cancer.

In its summary report, JMPR said that studies on diazinon provided no convincing evidence of genotoxic effects, and the meeting concluded that it was unlikely to be genotoxic.

After considering all previously-evaluated data and the new studies, the meeting established an acceptable daily intake (ADI) of 0–0.003 mg per kg of body weight and reaffirmed the acute reference dose for humans (ARfD) of 0.03 mg/kg body weight. ARfD is the estimated amount of a substance that can be ingested over a short period of time, usually during one meal or one day, without appreciable health risk.

The JMPR said that there was some link between the broad-spectrum systemic herbicide, glyphosate, and cancer. Case–control studies and the overall metaanalysis bring out evidence of an association between glyphosate exposure and risk of non-Hodgkin lymphoma (NHL), a type of cancer. However, the only large cohort study of high quality found no evidence of an association at any exposure level, it said.

“The overall weight of evidence indicates that administration of glyphosate and its formulation products at doses as high as 2000 mg/kg body weight by the oral route, the route most relevant to human dietary exposure, was not associated with genotoxic effects in an overwhelming majority of studies conducted in mammals, a model considered to be appropriate for assessing genotoxic risks to humans,” it said.

It concluded that glyphosate is unlikely to be genotoxic at anticipated dietary exposures. The Meeting reaffirmed the group acceptable daily intake for the sum of glyphosate and its metabolites of 0–1 mg/kg body weight on the basis of effects on the salivary gland. It concluded that it was not necessary to establish an acute reference dose for humans (ARfD) for glyphosate or its metabolites in view of its low acute toxicity.

For insecticide malathion, it said that overall, there is some very weak evidence of a positive association between malathion exposure and non-Hodgkin lymphoma. The report noted that the only large cohort study of high quality found no evidence of an association at any exposure level.

Stating that the results were not contradictory to IARC findings, JMPR said that IARC reviews published studies to identify potential cancer hazards but it does not estimate the level of “risk” to the population associated with exposure to the hazard.

JMPR, on the other hand, reviews both published and unpublished studies to assess the level of health risk to consumers associated with dietary exposure to pesticide residues in food, it said.

JMPR’s risk assessment found that based on the weight-of-evidence approach these compounds are unlikely to cause cancer in people via dietary exposure. This means it is possible to establish safe exposure levels – acceptable daily intakes (ADI) – for consumers. In order to ensure that people are not exposed to levels above acceptable daily intakes of these residues, maximum residue limits are set by governments for the combination of pesticides and relevant food commodities, it added.