Local capacities critical to making a difference must be strengthened 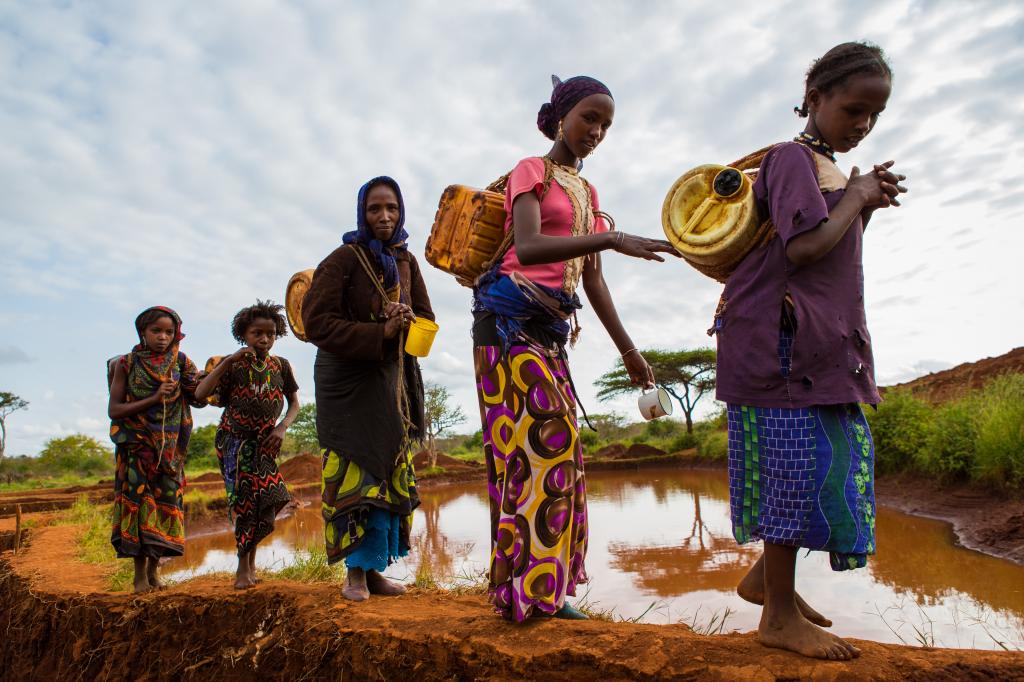 In Africa today women still die needlessly during childbirth. They also fall pregnant when they aren’t ready, and don’t want to get pregnant. And there are still many obstacles on their path to living full and fulfilled lives.

Governments have made major commitments to getting this right. But progress has been stymied because of weak political commitment, inadequate resources, persistent discrimination against women and girls, and an unwillingness to address issues related to sexuality openly and comprehensively.

This was the conclusion of a report on sexual and reproductive health produced last year by the global health research and policy organisation, Guttmacher Institute, and the academic journal, The Lancet.

A fresh effort is under way to close these persistent gaps. These are centre stage at a special summit in Nairobi being convened by the United Nations Population Fund along with the governments of Kenya and Denmark. Among those attending will be heads of state, ministers, parliamentarians, thought-leaders, technical experts, civil society organisations, grassroots organisations, and business and community leaders.

The Nairobi Summit comes a quarter of a century after pledges were made at the International Conference on Population and Development in Cairo in 1994. These included reducing maternal deaths, making sure women had access to family planning and protecting them from gender-based violence, including female genital mutilation and child marriage.

Most of the 179 countries that signed up to the Cairo Programme of Action have made some progress. For example, there has been a 25 per cent increase in the use of contraceptives. But millions of women still don’t have access to contraception and women and girls still face gender-based violence in vast numbers.

The aim of the summit is to get governments to commit to speeding up the progress. This will include attempting to secure pledges worth $264 billion. This is the amount the UN Population Fund and some partners calculated would be needed to achieve meaningful results in three key areas by 2030. These are to: end preventable maternal deaths, end the unmet need for modern family planning, and address gender-based violence — including female genital mutilation and child marriage.

But raising the money will be only one half of meeting the challenge. The other will be agreeing on a plan to deploy the money effectively to achieve meaningful outcomes. In my view this will require three key ingredients: governments will have to pledge domestic funding for these programmes; local actors will have to play an integral part in delivering on the advocacy, policy and research; and finally, the interventions will have to be driven through real partnerships.

The financing needs are set out in a Costing Handbook, which will be released at the conference. This outlines what’s needed, and how the money would be allocated over the next 10 years.

Part of the summit is to make a pitch for commitments to raise the $264 billion needed by 2030. But even if we raise this amount today, we will not achieve the transformation we seek with business as usual.

In addition to the money, three critical points must be carefully considered in the implementation of resolutions and commitments coming out of the Nairobi summit.

Domestic financing. This matters for two reasons. Unless a country is prepared to put its own resources into development programmes, it’s unlikely to be prepared to make major changes to achieve transformative results. Secondly, without local political commitment and leadership, external investments will yield fewer and fewer results.

This speaks to an approach that advocates for development money being spent where there are real local commitments to addressing problems. The Guttmacher-Lancet report sets out nine essential packages for sexual and reproductive health interventions. It points out that, by looking at this package of interventions, there is something even the poorest countries in the poorest regions of the world can invest in.

This approach points to the need for international donors to consider funding programmes where national governments are also investing domestic resources. This will ensure there is an enabling policy and regulatory framework in place, and that local leadership is strongly committed to addressing the issue.

The value of local agency. It is increasingly recognised that development cannot be imposed from outside. To achieve meaningful and sustainable change on the ground, local leadership in programmes, advocacy, policy and research is critical. Such leadership will emerge only if there is a deliberate attempt to invest in strengthening local institutional capacity. Unfortunately, this is often an afterthought.

In 2017, of the $24.1 billion included in OECD Creditor Reporting System as overseas development aid to the health sector, only 2.6 per cent was channelled through developing country-based NGOs and another 1.6 per cent through recipient countries’ private sectors. This is compared to 70 per cent channelled through multilateral, donor and international organisations and 25 per cent through recipient governments.

There’s a constant narrative that justifies the use of multiple intermediaries in low and middle income countries. This is that there’s weak local institutional capacity. But this is self-defeating. Local capacities will never materialise unless investments are made into developing them.

A good example is the approach taken to develop public health institutions by the Rockefeller Foundation a century ago. This helped to create legacy institutions like the Schools of Public Health at Johns Hopkins University, Harvard and the London School of Hygiene.

The establishment of strong knowledge-based institutions like RIKEN in Japan and IBS and KDI in South Korea has been key to transformations in several countries.

Another major factor behind needing local agency is that the issues being addressed are particularly sensitive and divisive. Local agency will ensure the messaging is contextualised and the solutions culturally appropriate. Without local leadership, costs will inevitably escalate and the expected results will be harder to achieve.

The importance of partnerships. A partnership-based approach recognises the value each partner brings to achieving agreed outcomes. Any development programme area that becomes the preserve of development partners has missed this cardinal principle and is likely to fail. Any development assistance programme that starts with a mindset of helping the other can’t result in real partnership. It must start with a recognition of the value each partner brings to achieving the expected goals.

But partnerships must go beyond programme implementation. They need to start with agreement on development priorities, implementing partners and strategies, and clarity on the respective roles and responsibilities of each partner. It must be built on transparency and mutual respect.

To achieve these noble goals, we must work together; we must strengthen local capacities that are critical to making a real difference on the ground; and we must engage local leadership to ensure there are domestic investments and political commitment to this agenda. Raising $264 billion over the next 12 years is a small price to achieve such a transformative change in the lives of women and girls.