In the battle against superbugs, you'd be amazed where we might find the cures of the future 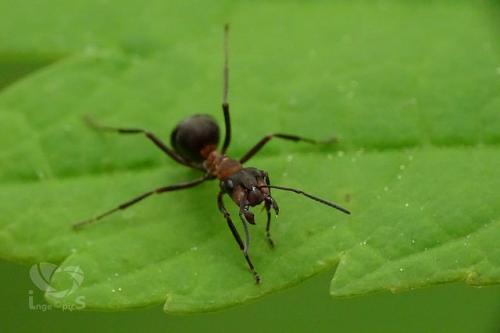 One in ten people’s noses contain bacteria that could be the source of a powerful new antibiotic, German scientists say. Even resistant superbugs, such as MRSA and vancomycin-resistant enterococci, died when exposed to this new compound, lugdunin.

So academics hunting for new drugs in unusual places such as human “snot” are on the right track. Here are ten more surprising places scientists are looking for antibiotics, from ants and cow stomachs to medieval libraries and snake blood.

The microbes living in and on tropical ants are studied for antibacterial and antifungal drugs by scientists across the world. Matt Hutchings from the University of East Anglia leads a major British study, prospecting bioactive compounds from fungus-farming attine and arboreal ants.

Attine (leaf cutter) ants from the Americas rely on antibiotics produced by actinomycete bacteria carried on their cuticles to protect their fungal garden from infestations. Tree-living, sap-drinking African slender ants and American Allomerus ants are thought to protect their host trees by cultivating mostly Gram-negative bacteria. These produce antibiotics and other compounds, which affect plant pathogens and deter herbivores from destroying their host plants. Hutchings said:

It’s very exciting that ants not only evolved agriculture before humans but also combination therapy with natural antibiotics. Humans are just starting to realise that this is one way to slow down the rise of drug resistant bacteria – the so called superbugs.

Crocodiles not only have the strongest bite, their immune system is also very potent. It allows them to recover quickly from injuries that would kill other animals. Scientists from Cardiff Metropolitan University gave an update at a recent international symposium on the blood of Thai crocodiles as an antibacterial source. Crocodile blood haemoglobin could kill highly-resistant superbugs, such as Klebsiella pneumoniae and Pseudomonas aeruginosa. These can cause urinary tract infections and pneumonia in already sick patients or those with cystic fibrosis.

If you thought that cows just turn grass into milk, beef and manure, then think again. The stomachs of the cow harbour billions of microbes that help digest the grass, while competing with each other for their own food. Sharon Huws' team from Aberystwyth University has identified over 100 novel antimicrobial candidates from rumen microorganisms. The most promising compounds from pre-clinical tests are currently undergoing further trials.

Around two-thirds of currently prescribed antibiotics come from soil bacteria. Swansea University Medical School is leading studies digging for antibiotics directly from dirt and very dry habitats. I reported on a dirt study and we are now working with industry to engineer a commercially viable route to novel antibiotics from dirt.

Paul Dyson’s team at Swansea is isolating microbes from extreme environments such as the Gobi and Arabian deserts and high-altitude Tibetan soils that hardly sustain life. These microbes are now producing antibiotic leads in the laboratory.

And anyone can help. The garden of 10 Downing Street was dug up recently as part of a project to crowdsource samples for the Small World Initiative. SWI’s Nicole Broderick said of the progress made by thousands of students across the globe: “The grand goal is to find new antibiotics, while getting young people interested in science.”

Frogs have been known to make deadly compounds for centuries – the skin of poison dart frogs contains alkaloid toxins that can kill humans quickly. Recently, many other species of frogs have been tested for antimicrobials and antibiotic-delivery systems. The tiny Caribbean Tungaran frog produces a foam with its hindlegs that protects its eggs from infection and predation. This foam slowly releases antimicrobials, which scientists at the University of Strathclyde are now testing as novel drug delivery systems for wound care. Paul Hoskisson said: “I’d say we are about half way there to making a stable foam. Once we do that, we would then need to test it in patients, but that will take a few years yet.”

Honey is not only spread on toast, it’s been used to treat patients’ wounds for centuries. Honey made from the nectar of the Mānuka tree is particularly potent for wound infections. Microbiologists from Cardiff Metropolitan University have discovered that combinations of Mānuka honey and regular antibiotics can make MRSA more sensitive. Rose Cooper, professor of microbiology, said:

This indicates that existing antibiotics may be more effective against drug-resistant infections if used in combination with Mānuka honey.

Other creepy crawlies are also a proven success. Maggot secretions, cockroach brains, and the humid brood cells of beewolf wasps all contain antimicrobials. Patients suffering from chronic open wounds, or resistant superbug infections, are often reluctant to undergo maggot therapy, but Yamni Nigam from Swansea University has launched the innovative #loveamaggot campaign. Nigam claims that “maggot therapy is a quick and highly effective way to treat infected and festering wounds. Limbs, and even lives, of chronically ill patients have been saved”.

The interdisciplinary AncientBiotics consortium is hunting for recipes to treat infections in ancient books. One of the recipes found in Bald’s Leechbook, an Anglo-Saxon manuscript held in the British Library, proved particularly powerful against superbugs. Consortium founding member Freya Harrison said the team thought the eye salve might show a “small amount of antibiotic activity … But we were absolutely blown away by just how effective the combination of ingredients was”.

The immune system of sharks is naturally powerful to protect them against bacterial and viral infections. This led investigators from the Georgetown University Medical Center to search for shark compounds with therapeutical potential. They discovered that the steroid compound squalamine from dogfish sharks is effective against human pathogenic bacteria – for example Pseudomonas aeruginosa – and human viruses such as dengue and hepatitis.

Scientists from the Aga Khan University in Pakistan tested whether animals eating germ-infested rodents harboured powerful antimicrobials. They discovered that the blood and other organs such as lungs and gallbladder from black cobra snakes showed activity against human pathogenic bacteria, fungi and amoeba.

Our current range of antibiotics is under severe threat by superbugs with fast evolving resistance. Scientists must keep looking for new antibiotics, even in unusual places such as the human nose. It’s a search that could save millions of lives.