Through Berlin Declaration, the health ministers emphasised the need for combating AMR through appropriate monitoring and surveillance 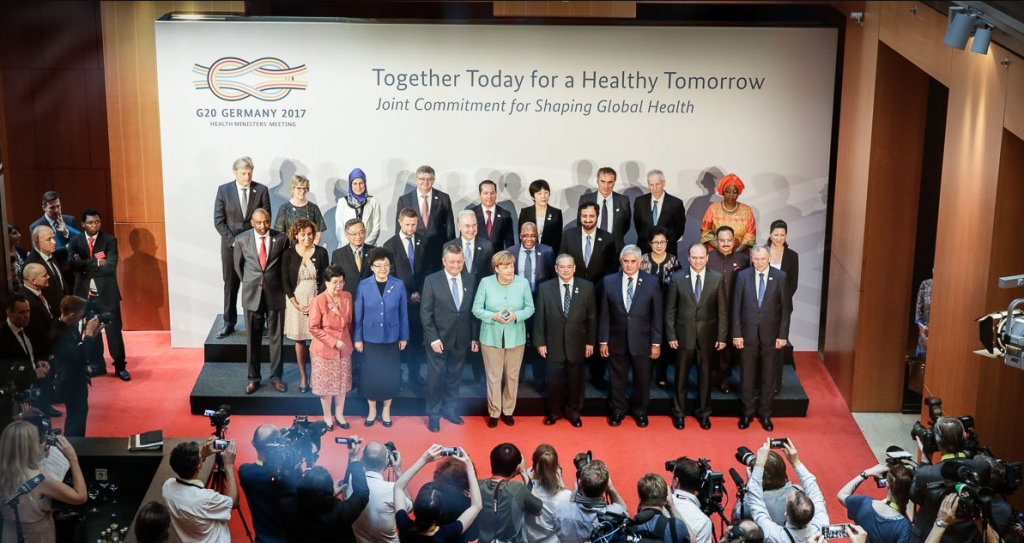 The Declaration aims at putting global health on the G20 agenda and supporting leading intergovernmental organisations such as the World Health Organization (WHO) and agencies of the United Nations (UN) in addressing global health challenges. Recognising the need for a global coordinated response, the Declaration addresses areas of global health crises management, augmentation of health systems and antimicrobial resistance and calls for joint commitment and action to ensure a healthier future.

Antimicrobial resistance (AMR) has been identified as a critical public health issue with the potential to impact global health and economies negatively.

Through the Declaration, the health ministers emphasise the urgent need to:

The multi-country efforts to tackle AMR appear to specifically call out the need to reduce AMR in humans, but the need for addressing the same in animals and environment finds lesser attention. In accordance with the fact that AMR is a One-Health issue, the Declaration  extends support to  AMR-specific mandates of the WHO, Food and Agriculture Organization of the UN (FAO), World Organization for Animal health (OIE) in the field of animal health, agriculture and environment, but does not go into the specifics.

There is, however, reference to the Meeting of G20 Agriculture Ministers, held in January this year in Berlin, which specifically catered to the issue of limiting antibiotic use in agriculture, livestock husbandry and aquaculture and reducing AMR.

India, which is one of the countries of the G20 group, released its National Action Plan (NAP) in April 2017. The Indian Action Plan is comprehensive and ambitious and highlights the need for tackling AMR across multiple sectors such as human health, animal husbandry, agriculture and environment in consideration of the “One-Health” approach. “India would like to reiterate its commitment on the issue of containment of AMR, a global health security threat not only in animals, but also animals and environment,” said J P Nadda, the Union Minister for Health and Family Welfare, who represented India in the global leaders’ summit.

Outlining the various initiatives taken by India towards containment of AMR, Nadda also pointed out that access and affordability are key issues for a country like India.

The Berlin Declaration of the G20 Health Ministers ensures significant progress in the implementation of these plans by 2018 in terms of resources and delivery plans. However, with many members of the G20 group, including some developing countries, yet to finalise their NAPs, the rapid progress envisaged in NAP implementation seems ambitious.