The Bill says that competent patients, including minors aged above 16 years, can express the desire of euthanasia to medical practitioners 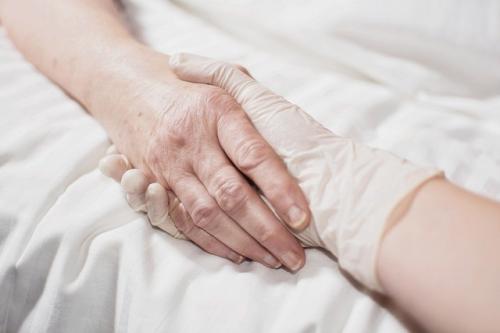 The Union Ministry of Health and Family Welfare has come up with a draft bill on passive euthanasia inviting public comments.

Called the Medical Treatment of Terminally-Ill Patients (Protection of Patients and Medical Practitioners), the Bill proposes that a competent patient can refuse medical treatment and desire for euthanasia.

As per the Bill, competent patients, including minors aged above 16 years, will have the right to take a decision on this contentious issue and express the desire of euthanasia to medical practitioners attending them.

The draft Bill also clarifies the terms active and passive euthanasia. It says that whereas in the former it means something is done to end a patient’s life, in the latter case something is not done to preserve somebody’s life.

Passive euthanasia, which has been in discussion for at least the past 10 years, has been considered in the draft Bill as a voluntary decision to end life by a competent patient.

Earlier, the ministry had tried to come up with a provision for euthanasia in 2006. However, it did not move ahead after getting an aversive response from experts. (see https://www.downtoearth.org.in/cartoon/graphic-editor-sorit-guptos-take-on-the-aruna-shanbaug-case-49866)

In 2011, in the case of Aruna Shanbaug, the Supreme Court had laid down comprehensive guidelines to explain the process of passive euthanasia and stated that the guidelines would be followed till the Union government made any legislation on the subject.

In the recent move, comments on passive euthanasia can be sent till June 19. As per the notification released on the health ministry’s website last week and signed by Under Secretary Sunil Kumar, it reads, “The government has decided to solicit public opinion/comments before (the) formulation of law on passive euthanasia. An explanatory note, along with a brief on euthanasia, and a draft Bill (Medical Treatment of Terminally-Ill Patients [Protection of Patients and Medical Practitioners]) as given by the Law Commission in its 241st report is being uploaded for soliciting public comments/opinions. The comments may be sent via email preferably by June 19.”

The bill suggests that medical practitioners will have to inform the guardians (spouse, parents or major son and daughter) of the patient before proceeding further to implement the decision of passive euthanasia.

The Bill also has the provision of appealing to the high court of respective states by guardians, if they feel that the decision of stopping treatment by the competent or incompetent patient is not an informed one.

The Bill says that doctors need to maintain a record containing the personal details of their patients such as their name, age, address, type of illness, treatment being offered and names of guardians. However, the bill does not allow criminals to opt for passive euthanasia.