Here’s what people in their 90s really think about death 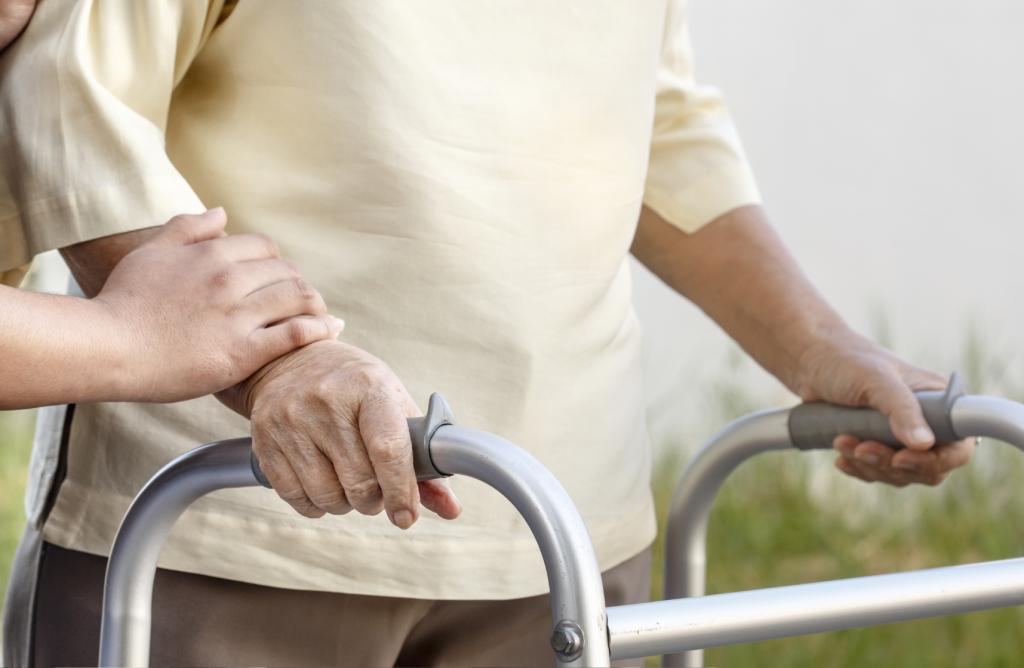 Dying in older age can mean a different sort of death, such as becoming gradually frailer in both body and mind and developing numerous health problems over many years (Photo credit: iStock)

This is one of two final articles in our Coping with Mortality series. Today’s accompanying piece explains the importance of effectively using palliative care services. You can read previous articles in our series here.

Across the developed world more people are living longer, which of course means more get to be extremely old by the time they die. Nearly half of all deaths in the United Kingdom are in people aged 85 or older, up from only one in five just 25 years ago.

Dying in older age can mean a different sort of death, such as becoming gradually frailer in both body and mind and developing numerous health problems over many years. Where years after retirement were previously considered just old age, a longer life span means the later years now include variation reflected in labels such as younger old and older old.

Our previous research showed people who are over 90 when they die need more support with daily life in their last year than even those who die in their late 80s. In the United Kingdom, around 85 per cent of those dying aged 90 or older were so disabled as to need assistance in basic self care activities. Only 59 per cent of those between 85 and 89 at death had this level of disability.

This knowledge has implications for planning support for life and death in different care settings. But what do we know about what the older old (95 plus) people actually want when it comes to decisions about their care as they approach the end of their lives?

How the older old feel about dying

The oldest and frailest in our society are becoming less visible as many who need the most support, such as those with dementia, are either in care homes or less able to get out and about. But their voices are crucial to shaping end-of-life care services.

In our latest research, we had conversations about care experiences and preferences with 33 women and men aged at least 95, some over 100, and 39 of their relatives or carers. Of these, 88 per cent were women, 86 per cent were widowed and 42 per cent lived in care homes.

Death was part of life for many of the older people who often said they were taking each day as it comes and not worrying too much about tomorrow. “It is only day-from-day when you get to 97,” said one woman. Most felt ready to die and some even welcomed it: “I just say I’m the lady-in-waiting, waiting to go,” said one.

Others were more desperate in their desire to reach the end. “I wish I could snuff it. I’m only in the way,” was a typical sentiment in those who felt they were a nuisance. Others begged not to be left to live until they were a hundred, saying there was no point to keeping them alive.

Most were concerned about the impact on those left behind: “The only thing I’m worried about is my sister. I hope that she’ll be not sad and be able to come to terms with it.”

The dying process itself was the cause of most worries. A peaceful and painless death, preferably during sleep, was a common ideal. Interviewees mainly preferred to be made comfortable rather than have treatment, wishing to avoid going into hospital.

We found families’ understanding of their relative’s preferences only occasionally incorrect (just twice). For instance, one person said they wanted to have treatment for as long as they could, while their family member believed they would prefer palliative care. This highlights the importance of trying to talk options through with the older person rather than assuming their family knows their views.

We found most discussed end-of-life preferences willingly and many mentioned previous talk about death was uncommon, often only alluded to or couched in humour. A minority weren’t interested in these discussions.

We need to talk with the older old

It’s rare to hear from people in their tenth or eleventh decade but there are some studies that have explored the views of the younger old. Most often these have concentrated on care home residents and occasionally on those living at home.

A literature review conducted in Sweden in 2013 found a total of 33 studies across the world that explored views of death and dying among older people, although very few of these sought the views of the older old.

A 2002 study found older people in Ghana looked forward to death, seeing it as a welcome visitor that would bring peace and rest after a strenuous life. And a 2013 study in the Netherlands showed many people changed their preferences on how they wanted to die as their care needs changed.

A recent review examined older people’s attitudes towards advance care plans and preferences for when to start such discussions. It identified 24 studies, mainly from the United States and with younger old age ranges. The results showed that while a minority shirked from end-of-life care discussion, most would welcome them but were rarely given the opportunity.

These studies support our findings on older people’s willingness to discuss often taboo topics, their acceptance of impending death, and their concerns around what the dying process would bring: increasing dependence, being a burden and the impact of their own death on those left behind.

To plan services to best support rising numbers of people dying at increasingly older ages in different settings, we need to understand their priorities as they near the end of life.