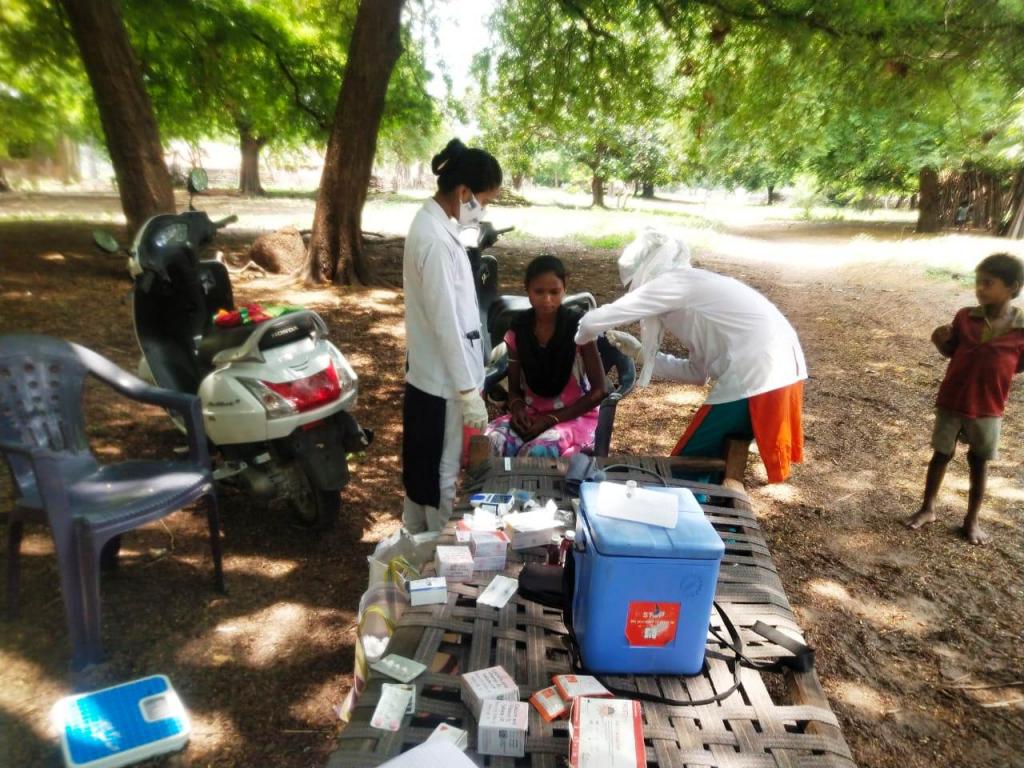 As India continues the drive to inoculate its population against the novel coronavirus disease (COVID-19) pandemic, accessing far-flung areas has remained a challenge. Adding to it are Left-wing extremists in parts of Chhattisgarh, where banned Maoist groups purportedly sparked rumours to “ward off villagers” from vaccination centres.

Hesitancy and misconceptions are common among villagers, particularly women.

Santosh Mandavi, teacher at a school in Tongpal village in Chhattisgarh’s Sukma, is part of the COVID-19 tracing team. “My task is to track down positive cases near check posts at the border, identify from where patients are coming and with whom they have come in contact recently.”

Three others help him in Sukma’s Chhindwara block. The team looks after 25 villages and shares report with the district nodal officer.

Sukma is a Left-wing extremist-affected district that shares its border with Andhra Pradesh, Telangana and Odisha in Bastar division of Chhattisgarh. The other six districts of the division — Bijapur, Narayanpur, Kondagaon, Kanker, Bastar and Dantewada — are affected by violence between Maoists and security forces.

Vaccination drives have been hit by the inaccessibility of these villages. As part of awareness campaigns, door-to-door visits are being organised in far-flung areas.

“In a few villages where people do not come on their own, mitanins (health volunteers in Chhattisgarh) and government officials bring them for vaccination. Both men and women have been avoiding vaccines due to certain misconceptions. They need a lot of persuasion.”

Adarsh Singh of Samya Bhoomi Foundation, a non-profit based in Sukma, said most people resisted vaccines in the beginning. “Many villagers work in the fields or do manual labour, and feel they cannot miss out on work,” Singh said. 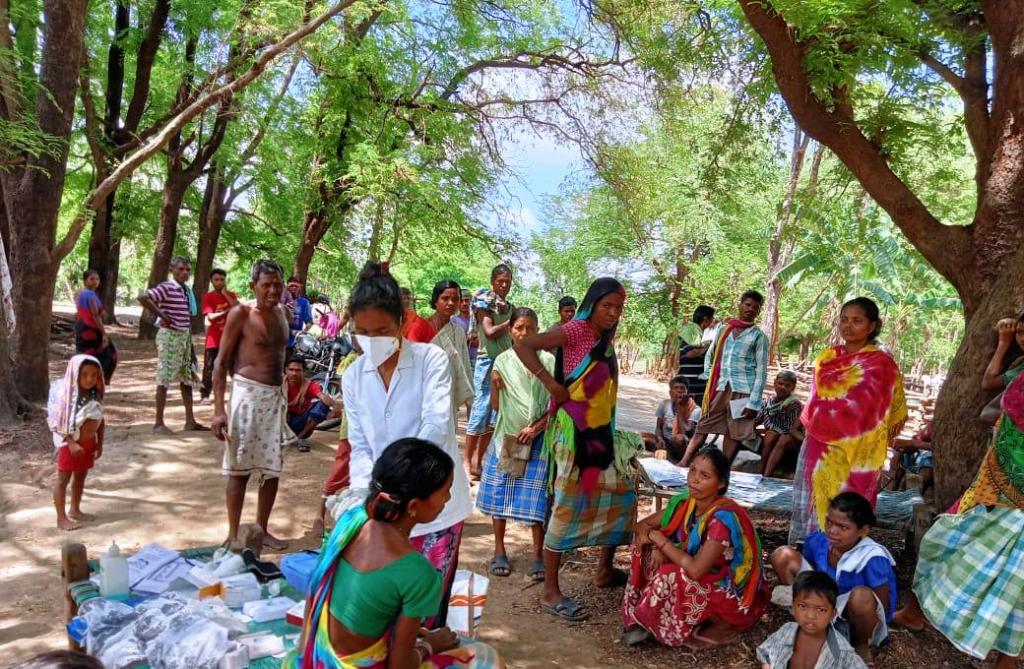 Door-to-door campaigns and mitanins (health volunteers) have helped ward off rumours and get villagers inoculated. Photo: By special arrangement

But campaigns have helped the situation, and mitanins have played a crucial role. “These volunteers and ASHA workers were trained. Remote defunct sub-health centres were targeted. Vaccination has started for the 18-45 age-group. But there is supply shortage at present,” Singh added.

The supply of vaccines have been erratic, alleged Bhupesh Tiwari, who runs non-profit Saathi Samaj Sevi Sanstha in Kondagaon district of Bastar division.

“It is an issue that has been aggravated with vaccine hesitancy,” he said. He added his team had been conducting camps in Narayanpur and Kondagaon districts to educate people on COVID-19-appropriate behaviour and the need to take vaccines.

“Many have started coming in due to the fear of the third wave. ASHA workers urge people to attend free camps set up daily from 10 am to 5 pm. Sometimes, we extend till 7 pm also,” Auxiliary nurse midwife from the centre, Lakshmi Mandal, said.

Among women, rumours are rife that “vaccination may lead to problems in conceiving”.

“A few are reluctant to take the vaccine due to the fear of fever. I try to convince them saying vaccination is safe. But several Adivasi women in Mainkat block, as young as 18 years, think they won’t be able to conceive in future if vaccinated,” said mitanin Sarita Choudhury.

A healthcare professional from Surguja said many women have not been vaccinated. “When the drive started, pregnant women and lactating mothers were not included. COVID-19 can have serious implications for pregnant women. But now they can be inoculated. This is also why many women have been left behind.”

The situation is particularly challenging in Orchha block of Narayanpur district and the heavily forested hilly region of Abujhmarh, which is often termed as India’s Red corridor.

“People fear vaccination in Abujhmarh. Teams are chased away by locals when they try to approach them. Men go into hiding and women flee to forests,” he said on the condition of anonymity.