How ageing affects the way we make decisions

The saying goes, with age comes wisdom, but is that really true? 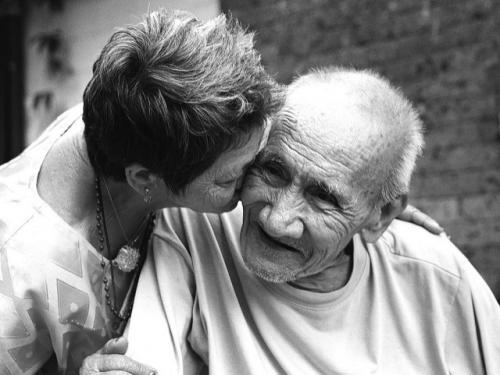 Around the world, people are living longer than ever before, with a recent report from Public Health England revealing that the average 65-year-old man can expect to live another 19 years, while a 65-year-old woman has got a further 21 years to play with.

As the population is ageing, people are working longer, with many older people continuing their high-powered careers late into life. Indeed, in the latest Fortune 500 Index, the average age for a CEO was shown to be 57 years-old, with some of the oldest CEOs in their 70s and 80s.

Older people are also serving as heads of state well into old age. Queen Elizabeth II, who turned 90 in April, still plays an active role in the UK’s state affairs. While US presidents must be at least 35-years-old, most elected are at a much older age. Ronald Reagan was 69 when he was elected, and is the oldest US president on record. And it looks like a trend that is set to continue, with Democratic nominee Hilary Clinton at 68, and Republican nominee Donald Trump a couple of years older at 70.

At all ages whether at work or in our personal lives, we have to make decisions on a regular basis. Some decisions will be easier than others. As people tend to get older, decisions about topics such as health and retirement – or how to run the country in the case of the Queen – can be a bit more challenging.

The difficult decisions we make later in life are often important and can impact our lives substantially – meaning there may be fewer opportunities to recover from any bad decisions we make.

So what goes into making a decision? Well first off, decision making typically involves selecting the option that is most likely to meet our goals. We do this by thinking through the available options and comparing all of the pros and cons – which requires some level of cognitive effort.

Unfortunately, our thinking slows down after our mid-twenties, likely due to the wear and tear of the white matter in the brain – essentially the nerve cells that transmit information to the rest of our brain. Which can mean that older people may struggle to make cognitively demanding decisions.

That said, older adults may not have to think too hard if they have made a similar decision before. This is because they will already know what do do, based on their previous experience. And although we all differ in our levels of experience, older adults will on average have more practice at decision making than younger adults.

In fact, research shows that “cognitive aging does not (have to) spell doom” for older people. This is because older adults' experience with financial decisions can offset cognitive decline, leading to sound financial decisions being able to be made well into older age.

Another factor involved in making good decisions, is the ability to regulate our emotions. Our research shows that decision makers who are able to avoid dwelling on things that have gone wrong in the past, will make better decisions about when to walk away from a loss. They will cancel plans that no longer seem appealing, or projects that are no longer profitable. And doing so will avoid throwing “good money after bad”, or what psychologists call “the sunk cost bias”.

The good news here is that emotion regulation improves with age. In the face of adversity, older adults try to focus on the positive, while younger adults tend to ruminate about the negative. Our research suggests that older adults' better emotion regulation may well contribute to their ability to make better decisions and resist the “sunk cost bias”.

Many of the decisions we have to make can be simplified. For example, it can save a lot of effort and brain power to come up with an option that meets the minimum requirements, rather than to search for the option that is the very best on all criteria.

This technique is known as “satisficing”. And it can be particularly helpful when time is costly or limited. Or, when the available options are so similar that it is hard to identify the very best one.

It has been suggested that “satisficers” (who seek an option that is “good enough) are happier than the “maximisers” (who look for "the very best), because they worry less about whether they made the optimal decision. Our latest research suggests that older adults are happier than younger adults, which may be due to their tendency to "satisfice”.

So it’s clear that when it comes to making good decisions, getting older isn’t so bad after all. While some cognitive decline is a normal part of ageing, it doesn’t have to hamper decision making. Because making good decisions also requires experience and emotional skills, which can improve with age.

This means that older people can make just as good decisions as their younger counterparts – so there may well be some truth in the saying “with age comes wisdom” after all.