Hypertension is a bigger reason for ill health in India than diabetes: study

A new study provides information on how diabetes and hypertension prevalence varies within a country. This can help target prevention, screening, and treatment services 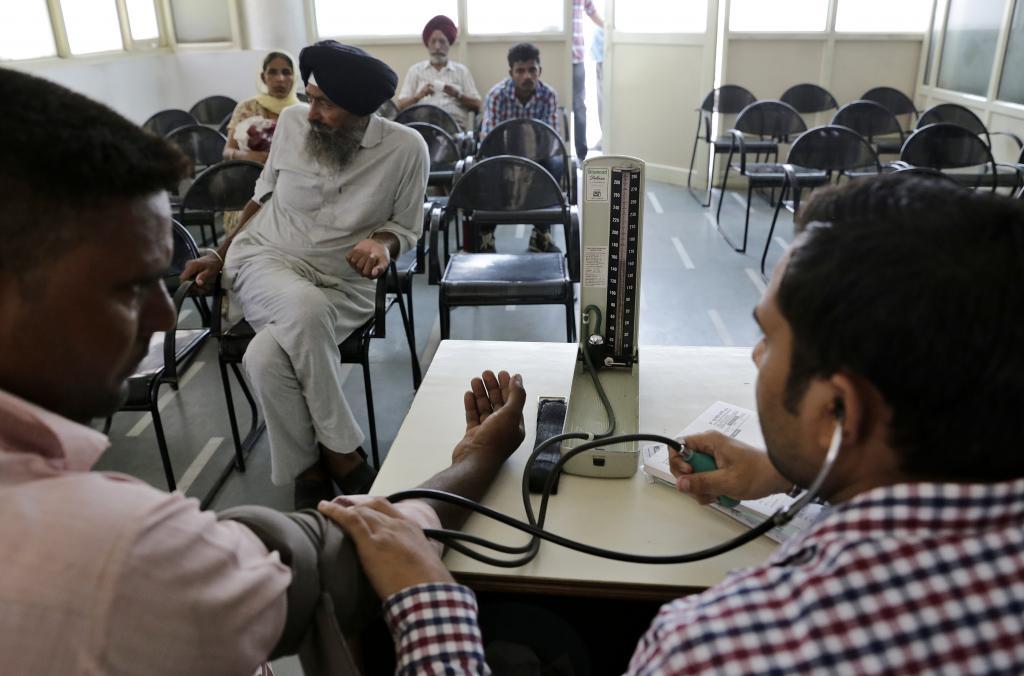 Researchers reported a considerably higher prevalence of hypertension among young adults, as high as 12.1 per cent among those aged 18-25 years than the WHO had estimated for India and, in fact, any other region in the world. Credit:Vikas Choudhary/CSE

“This high prevalence among younger generations is, if untreated, likely lead to a rise in cardiovascular disease rates in India in the future,” says Ashish Awasthi, assistant professor at the Indian Institute of Public Health, Gandhinagar, Gujarat and a co-author of the study published online on January 29. The study was led by researchers at the Harvard TH Chan School of Public Health, Massachusetts, US.

The researchers found that the prevalence of diabetes and hypertension among middle-aged adults in the poorest households in rural areas is high. Amongst this group, 5.9 per cent had diabetes and 30 per cent suffered from hypertension. “It was a common perception that hypertension in India is mainly restricted to wealthier and more educated groups but in our study, we highlighted that the condition was not substantially associated with education while weakly associated with household wealth,” says Awasthi. To understand the prevalence of diabetes and hypertension in India, the researchers used health data collected from 1,320,555 adults across India between 2012 and 2014, which included plasma glucose and blood pressure measurements.

In India, home to more than a sixth of the world’s population, rates of non-communicable diseases have risen in recent decades and are likely to continue as India’s population ages and urbanizes. “Understanding how diabetes and hypertension prevalence varies within a country as large as India is essential for targeting of prevention, screening, and treatment services,” said the lead author Pascal Geldsetzer, a doctoral student in the Department of Global Health and Population.

“India needs to focus on these two silent killers as well as other non-communicable diseases to reduce the burden of preventable premature morbidity and mortality,” says Awasthi. To protect yourself from these diseases, it is important to maintain a healthy life style, good dietary habits, exercise and regular health check-ups for detection, he adds.