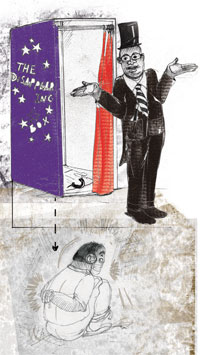 In the first week of August, the Angolan police arrested radio journalist Adao Tiago for reporting on a bizarre wave of mass fainting.

Since April, over 800 people, mostly teenagers, have fainted after complaining of sore throats and eyes, shortness of breath and coughs. Angola’s interior minister Sebastiao Martins claims the media is to blame for creating mass hysteria.

Tiago, who also teaches in a school in the Angolan capital, Luanda, was detained for 23 hours. The international media watchdog Committee to Protect Journalists (CPJ) has demanded an explanation for the government’s behaviour. The arrest highlights the government’s obsession with controlling information, instead of focussing on a national crisis, said Mohamed Keita, CPJ Africa advocacy coordinator.