In Karnataka, 258 cows may be culled to prevent spread of disease

Brucellosis, also known as ‘contagious abortion', is an infection transmitted from animals to humans 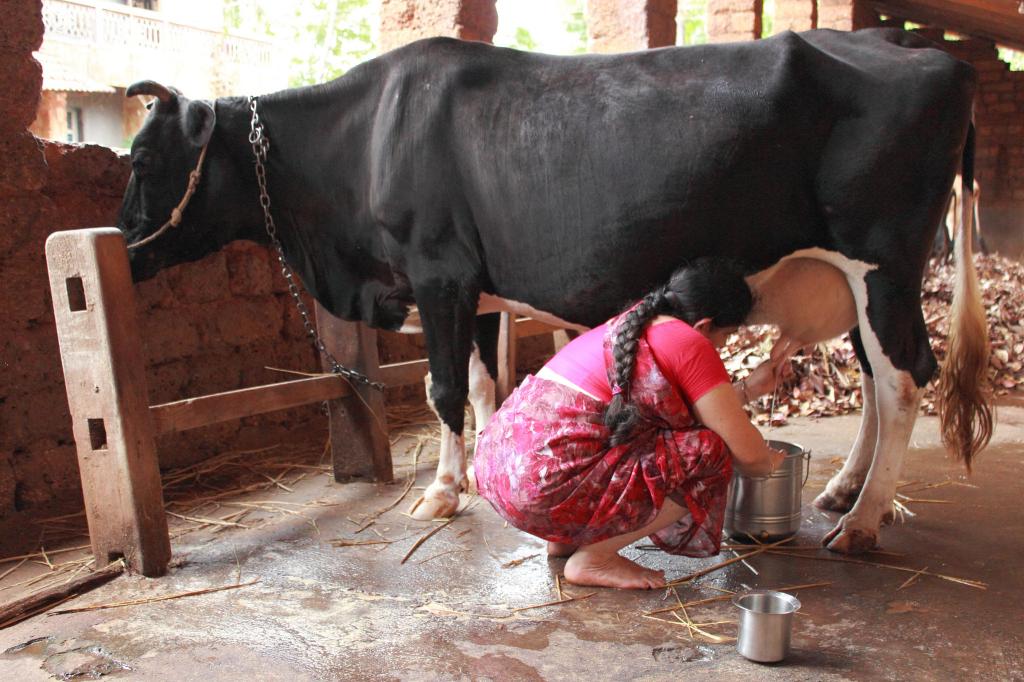 Villagers, who come in close contact with the animal, run the risk of developing high fever, joint pain and even impotency. Credit: Exploring Photography / Flicker

The outbreak of Brucellosis disease in Kolar district of Karnataka has put the lives of cattle and local population at risk. After the Animal Husbandry department screened the animals for Brucellosis and detected Brucella abortus bacterium in 258 cows, it ordered culling of these cows and asked farm owners to bury the carcasses deep in the soil to prevent contamination. However, the final decision on culling animals will be taken after September 7, when reports on blood samples will be made available.

Was the administration late in responding?

According to media reports, symptoms of Brucellosis were found in animals at Rakshith Farm owned by Kolar MLA Varthur R Prakash. Though animal husbandry department detected Brucellosis several months ago, they didn’t flag any concern so that it can conduct "observation and scientific analysis". Meanwhile, some cows were reportedly either sold to local farmers or sent to slaughter houses. This one-year-old farm at Begli village on the outskirts of Kolar (about 70km from Bengaluru), is home to more than 900 cross-bred cows brought from Maharashtra.

What is Brucellosis disease?

Brucellosis is a zoonotic infection (transmitted from animals to humans) caused by the bacterial genus Brucella. The bacteria exist in animals but they can infect humans through food products, direct contact with an infected animal or inhalation of aerosols. Brucellosis, also known as ‘contagious abortion', spreads from the vaginal discharge of an infected cow or from an aborted foetus.

The affected animal develops various disorders resulting in two abortions in a row and after that the animal would have traces of the bacteria and spread it to other animals. Villagers, who come in close contact with the animal, run the risk of developing high fever, joint pain and even impotency in some cases. The global burden of human brucellosis is high as more than 500,000 infections are reported per year worldwide.

Political activists alleged that nearly 7,000 litres of infected milk from Rakshith Farm was supplied to the local milk producers' cooperative society. It is to be noted that consuming milk from the infected cows can cause undulant fever among humans. The Karnataka Milk Federation has decided to stop collecting milk from the farm till they get a go-ahead from the veterinary department.

What action has the Animal Husbandry Department taken so far?

The state animal husbandry department has been pressed into action, especially after the villagers in the vicinity of the farm demanded culling of the infected cows so that the disease doesn’t spread in the surrounding villages. Talking to Down To Earth, K M Mohammad Aafrulla Khan, managing director, Department of Animal Husbandry & Veterinary Services, said, “We have ensured that no animals move out of the farm. A team of 34 doctors has been collecting blood samples of the cattle for the past few days and their reports will reach us in 2-3 days.”

But what happens to the risk that villagers in the vicinity fear? “Public health advisory has been issued. A team of doctors has been assigned to collect blood samples from the nearby villages. We have also sought the help of Karnataka Milk Federation to test samples of milk being sold from the farm so that we can assess how far the infection has spread. We are walking a tightrope and have to take in to consideration all these factors,” says Khan.

When asked about the alleged negligence on the farm owner’s part, Khan said, “The farm is well organised and the owner has invested Rs 20 crore to design it in a scientific way. It is unfortunate that such animals are acquiring this disease despite being treated with meticulous care.

While refusing to comment whether these cows were infected even when they were being bought from Maharashtra, he recommended that every owner should get a certificate of safety from the regional officer of the Animal Husbandry department at the time of buying cattle.