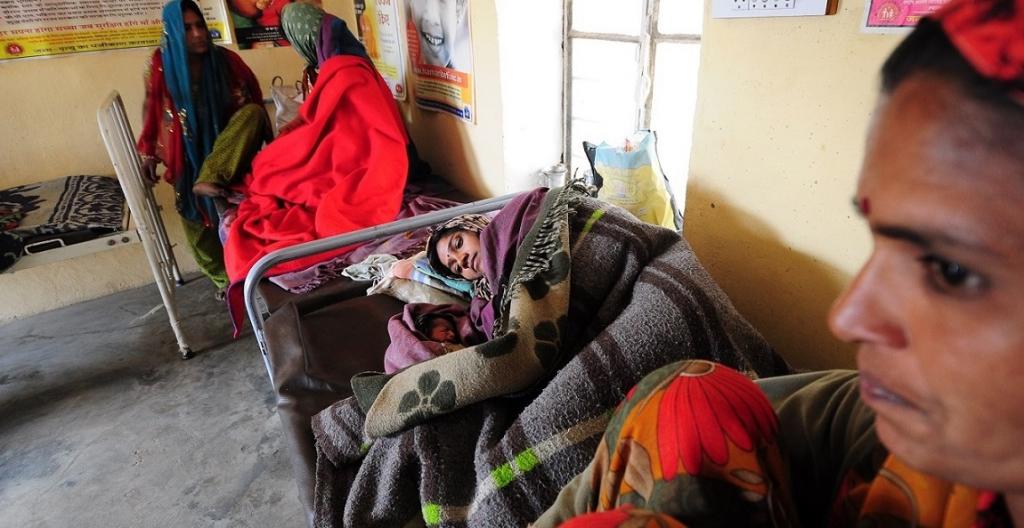 On August 15, Karishma was born at Kalpana Chawla Government Medical College Hospital in Haryana’s Karnal district. Her mother was supposed to get everything for free because India has a scheme that promotes institutional delivery and pays money to pregnant women. Interestingly, the government claims that she is the first beneficiary of Prime Minister’s ambitious health insurance scheme called Ayushman Bharat, which was later rechristened to Pradhan Mantri Jan Arogya Yojana (PMJAY).

On September 1, government officials announced through a tweet that she is the first beneficiary of the PMJAY. They also announced that Rs 9,000 has been paid to the hospital. But why would she need insurance money when everything is supposed to be done free of cost?

The baby was born to Mausami and Amit Kumar, residents of Gisarpuri village in Karnal district.

In the midst of the euphoria over the ‘First Ayushman Bharat Baby’, are we becoming oblivious to the fact that the woman was supposed to get all the facility free of cost in the government hospital under Janani Suraksha Yojna (JSY)?

Like all other states, Haryana has also the JSY. It was implemented in 2005 to reduce maternal and neo-natal mortality by encouraging and increasing institutional deliveries. Under this scheme, every woman from BPL category gets Rs 700 for institutional delivery, if she belongs to a rural area. Other than this, there is JSY state plan, which was launched in April 2008. The website of National Rural Health Mission of Haryana says, “Under this scheme (JSY), an assistance of Rs 1500 is given to each pregnant woman belonging to SC/ST family for delivery in the health institution, be it in Govt. or Private sector, provided she is above 19 years of age.”

Even Karishma’s parents, who frequently visited the hospital for routine check-up, were never told that they would have to pay money for the delivery process. “When we went to meet the doctor on August 10, nobody told us anything about the requirement of money. We had managed to collect Rs 5,000 before leaving for the hospital for any extra requirement,” says Mausami. Her husband was also not aware of any such scheme.

“Even after two days of delivery, nobody asked us to deposit money. Suddenly, on August 17, a doctor told us that we are the beneficiary of the scheme,” says Amit Kumar, who now thinks that government has done a favour to him. However, when the family was asked whether they get any money under JSY, they responded in negative.

A community paediatrician and public health professional Vandana Prasad says that government has been promoting institutional delivery and people were told to go to government hospital where all the facilities will be free of cost. Now suddenly, people are being told that money is required and it is paid by the government.

Does that mean that those who will not be the beneficiaries of PMJAY, but still decide go to government hospital, will be forced to pay from their own pocket?

Karishma is the second child of Maushami and Amit Kumar who had a bad experience during the delivery of their first child. Three years ago, they had gone to private hospital for the delivery. The baby acquired infection, which cost the poor family more than Rs 150,000. They had to borrow money, which they have not been able to repay. When Karishma was to be born, they decided to go a government hospital to avoid any such situation. But it seems, the government is creating similar situation in government hospitals, too, through its new scheme.