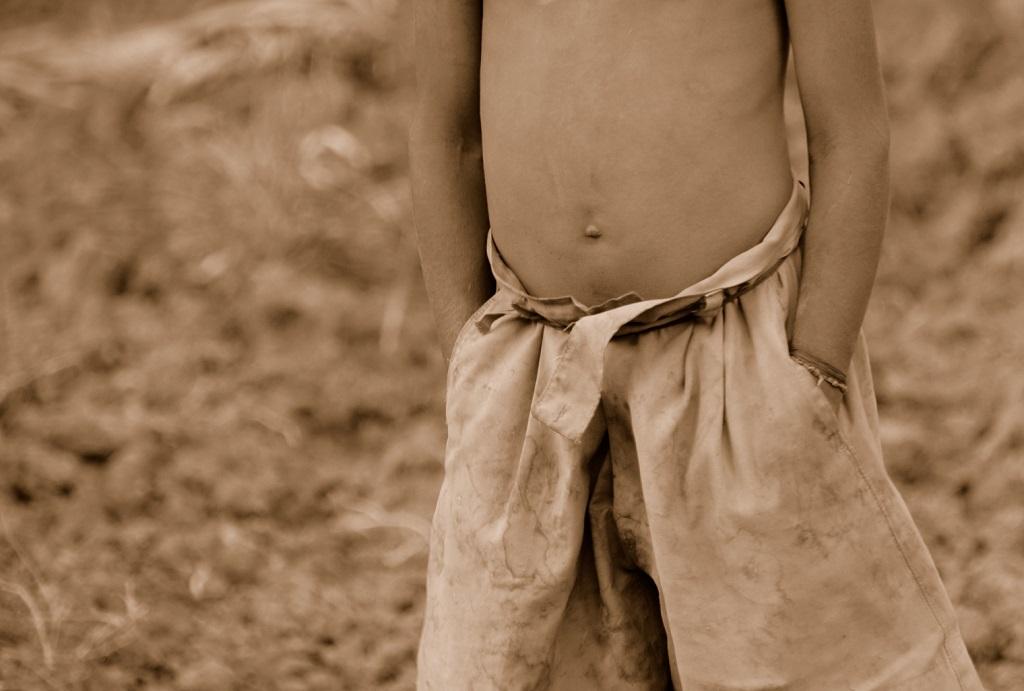 India may be boasting about its GDP data, but it is second after South Sudan, a conflict-laden country, when it comes to wasting (low weight for height) among children. This has come out in Global Hunger Index released on Friday. India has been ranked at 103rd position out of 119 countries. Except Pakistan, all other neighbours are in better position as compared to India.

Nepal was ranked 72nd, Sri Lanka 67th and Bangladesh was ranked 86th among all 119 countries.

Underlining poor health of children in India, the report points out that wasting has increased in the last two decades. In 2000, 17.1 per cent children under five years were wasted. Their percentage has now increased to 21.

As mentioned before, India is second (21 per cent) after South Sudan where 28.6 per cent of children are wasted.

The report says, “South Asia’s child wasting rate constitutes a critical public health emergency. This is made all the more concerning because it has not decreased but rather has slightly increased since 2000. The child wasting rate for the region is amplified in part by that of India, which has the region’s largest population and highest level of child wasting.”

The findings of the 2018 Global Hunger Index—published jointly by Concern Worldwide and Welthungerhilfe—are based on assessment of four criteria: undernourishment (insufficient calorie intake), child stunting (too short for one’s age), child wasting and child mortality.

South Asia and Africa south of the Sahara have high prevalence of all four poor health standards, says the report.

South Asia has seen a drop in stunting since the year 2000, however, the rate is still high. Now over a third of all children in the region are stunted.

Though hunger has gone down in terms of percentage, it is still increasing in actual number. As per the report, approximately 124 million people suffer from acute hunger, a steep increase from 80 million, two years ago.

At present, the world has 151 million stunted and 51 million wasted children. The report harps on the fact that conflict, climate change and poor governance are threatening hard-won gains.

Based on the trend, the report predicts that the world is not going to achieve zero hunger targets by 2030 as it had committed in 2015. “We are not on track to meet that goal,” it says.