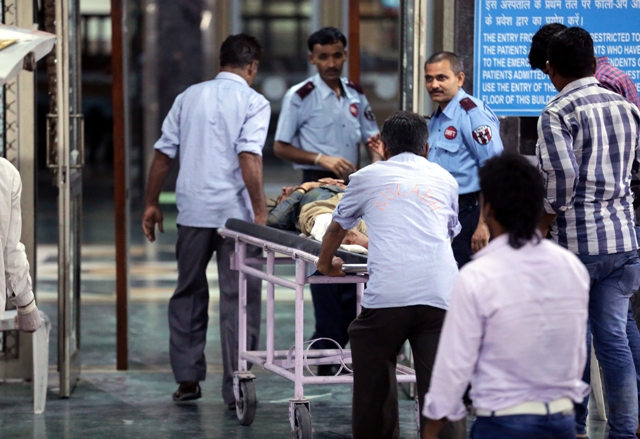 In worrying signs for Indians battling failure of treatments, a study has shown that India has the highest rate of antibiotic resistance, with resistance to some medicines touching almost 50 per cent. India was also the largest consumer of antibiotics, followed by China and the US, from 2000 till 2010.

The study, conducted by Delhi-based research organisation Centre for Disease Dynamics, Economics and Policy (CDDEP), says India's per capita consumption of antibiotics has increased by more than 40 per cent in the last decade.

Titled "The State of the World's Antibiotics 2015", the study analysed data from across the world. Forty-eight per cent of bacterium staphylococcus aureus, responsible for skin and respiratory tract infections, has become resistant to antibiotic methicillin, the study notes.

The demand for antibiotics continues to rise, particularly to treat children with blood infection and pneumonia. The report revealed that between 2000 and 2010, total global antibiotic consumption grew by more than 30 per cent. Per capita consumption is generally high in high-income countries. But the greatest increase in antibiotic use during the period was in low- and middle-income countries (LMICs).

In most countries, about 20 per cent of antibiotics are used in hospitals. The rest 80 per cent are either prescribed by healthcare providers or purchased directly by consumers.

"This over-the-counter sale, even of high dosage of antibiotics, is the biggest threat," said Ramanan Laxminarayan, director of CDDEP and lead author of the study.

The most dangerous and difficult-to-treat infections are reported in hospitals, the study says, especially because of heavy use of antibiotics, immune-compromised and elderly patients, and over-crowding.

"Now that we have the data and the trends, people should start to come with ideas to contain antibiotic resistance," said N K Ganguly, a leading microbiologist and former head of Indian Council of Medical Research.