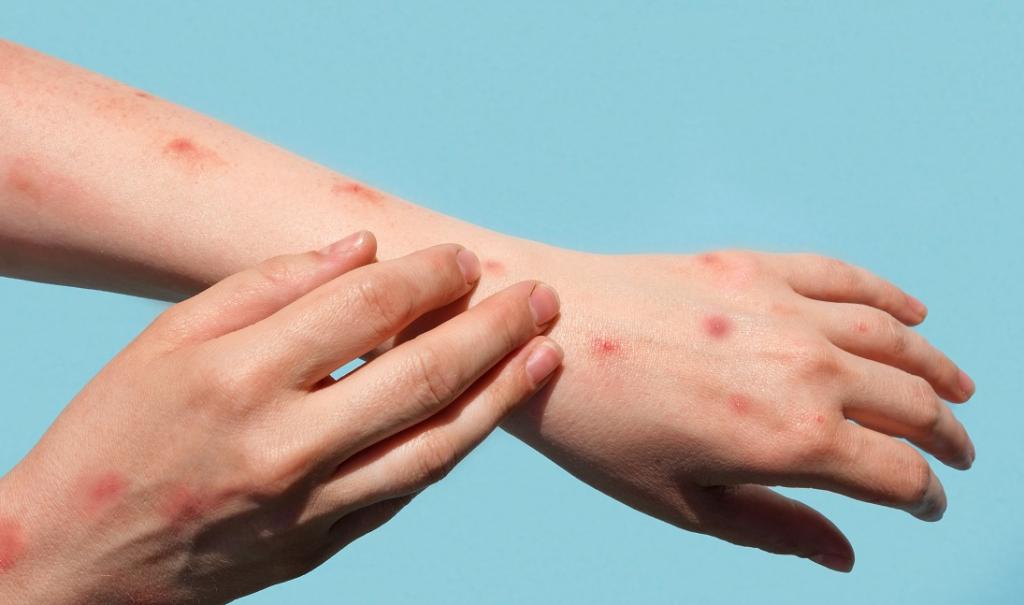 India reported its first case of monkeypox. The patient returned to Kerala from the United Arab Emirates (UAE) July 12, 2022 and was symptomatic at the time.

He has been admitted to the hospital according to protocol issued by the Indian Council of Medical Research (ICMR) and the World Health Organization (WHO), state health minister Veena George said July 12.

“There is no need to panic. Experts said treatment is symptomatic and it spreads through close contact with the infected. We will get a clear picture after the National institute of Virology examination,” George added.

The Union Ministry of Health and Family Welfare health ministry then issued a statement stating that a multi-disciplinary Central team will support the Kerala government “in probing the outbreak and instituting requisite health measures”.

Union Health Secretary Rajesh Bhushan also wrote to all states and Union Territories, underlining the key actions that need to be undertaken if and when a monkeypox case is reported.

In May, the ministry had already rolled out extensive surveillance in response to the current outbreak even before a case was suspected in the country. According to the WHO, the detection of even one case is considered an outbreak.

Globally, cases have risen to more than 3,000 since the beginning of this year while one death has been reported from 50 countries across five WHO regions.

At the time, the decision was to not call it a PHEIC. However, the committee is set to reconvene next week to consider if the decision needs to be updated.

According to the International Health Regulations, a PHEIC is an “extraordinary event which is determined to constitute a public health risk to other states through the international spread of disease and to potentially require a coordinated international response.”

The outbreak has many experts worried, given its atypical features. This is the most widespread outbreak of monkeypox in over 50 years.

But cases are largely restricted to a particular social network — men who have sex with men — and symptom onset is unlike what we have seen in endemic countries till now.

The global public health risk has been classified by the WHO as moderate for now, but the global health body has not yet stated monkeypox to have pandemic potential.