India sees 1.75 million dog bites every year, yet we face up to 80% shortage of anti-rabies vaccines

The government is dragging its feet over controlling dog population, vaccinating them or even making enough shots available for victims 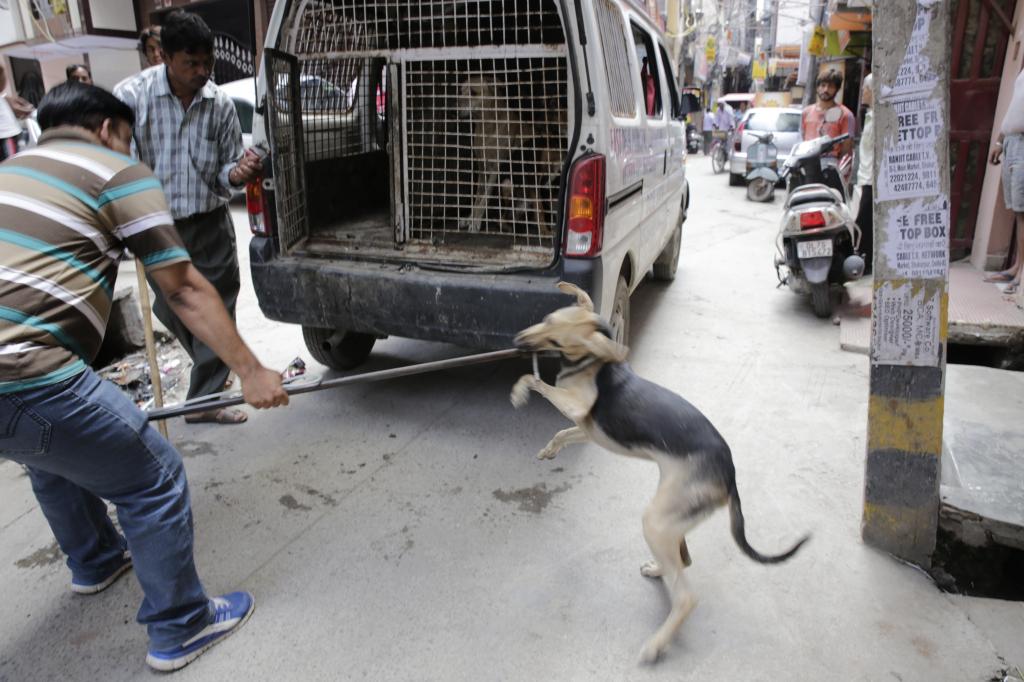 Here is something that can make Louis Pasteur turn in his grave. The French scientist had created the first vaccine against rabies—a viral infection that causes inflammation of the brain, leading to delusion and then death. Some 130 years later, the virus continues to be the deadliest killer in India, shows the National Health Profile 2018. All the 97 people who had contracted the disease last year succumbed to it, says the report, released on June 25. According to the World Health Organization (WHO), India accounts for 36 per cent of rabies deaths that occur worldwide each year. While one can develop the disease if bitten or scratched by any rabid mammal, such as monkeys or bats, WHO says dogs contribute up to 99 per cent of all rabies transmitted to humans; and children are the usual victims.

Data with the Union Ministry of Health and Family Welfare (MoHFW) shows that since 2011 there has been a drop of over 60 per cent in the number of rabies deaths year on year (except 2017). But experts rubbish the data. “The true burden of rabies in India is not known. The reported incidence is probably an underestimation because in India rabies is still not a notifiable disease,” says Hendrik Bekedam, WHO representative to India. “The govern ment figures are way lower than the actual figures,” says M K Sudarshan, founder member of the Association for Prevention and Control of Rabies in India (APCRI). A 2015 study, published in peer-reviewed PLOS Neglected Tropical Diseases corroborates his observation. The study that estimates the global burden of endemic canine rabies says India witnesses about 20,800 rabies deaths every year—the highest in the world. Congo, with a mortality figure of 7,000, ranks second in its list.

Omesh Bharti, epidemiologist at the Himachal Pradesh State Institute of Health & Family Welfare at Parimahal, whose rabies immunisation treatment protocol has been notified as the global standard by WHO, says the problem is acute in India because the country has not implemented rabies-prevention strategies successfully, be it vaccination and sterilisation of dogs, or providing free medicines to all rabies victims.

For instance, till a couple of years ago the country did not have a national programme for the disease. In 2015, MoHFW launched a pilot project to sterilise and inoculate stray dogs under the National Rabies Control Program me in Haryana’s Gurugram and Hisar districts. It was discontinued in December 2016. “The project was designed to fail,” says N G Jayasimha, senior member of Humane Society International (India chapter), an animal welfare organisation based in Dehradun. While the pilot project was funded by MoHFW, it was implemented by the Animal Welfare Board of India (AWBI), which is a part of the Union environment ministry. This created inter-ministerial complications related to funding. Besides, the Haryana government did not provide adequate infrastructure for the project. Also, no baseline study was done on the number of stray dogs and number of attacks before undertaking the project, says Jayasimha. His organisation was working with AWBI to implement the pilot project.

Providing treatment to the victims, within 10 days of infection, is an effective way of protecting people. But on the basis of an APCRI survey, Sudarshan says that there is a 20-80 per cent shortage in anti-rabies vaccines, especially Rabipur and VaxiRab N, in all states, except Gujarat and Kerala. The situation is the worst in Mizoram. While on the one hand the production is low, states are not procuring enough either due to shortage of funds or maladministration. He says there is an urgent need for central procurement of rabies vaccines.

Controlling the country’s massive dog population can go a long way in tackling the fatal disease. Currently, there are 25 million dogs in the country; the annual incident of dog bite is around 1.75 million, WHO says. But experts say the current Indian laws relating to controlling of stray dogs are at loggerheads. While the Prevention of Cruelty to Animals Act (PCA), 1960, talks about culling street dogs, the Animal Birth Control (Dogs) Rules of 2001 (ABC) allows stray dog population. “PCA clearly says stray dogs should be ‘destroyed’. But AWBI through its ABC rules insists that they live on the streets, and thereby making dogs as well as people suffer,” says Sabu Steephen, a social activist from Kerala, who in 2015 filed a petition in the Supreme Court to control stray dog population. In 2015, AWBI issued a circular that blames the victim for a dog attack.

It says any hostility will render the dogs aggressive following which they may resort to biting “in self-defence” for which “the human aggressors shall be the only ones to blame”. Meghna Uniyal, founder, Humane Foundation for People and Animals, says AWBI has also attempted to label homeless dogs as "street dogs” that are “scavengers that eat rats” and must be maintained on streets and public places. AWBI’s stand, however, does not reflect in its action. An internal evaluation report of the Union environment ministry in 2008 shows AWBI has no guidelines for giving grants to animal welfare organisations that are entrusted with the responsibility of sterilising dogs, vaccinating them periodically and providing them shelter.

Steephen cites the instance of Japan, where only two have died of rabies in last 50 years, that too after being bitten in India and the Philippines. Japan does not allow dogs on the street. “Those which are found are put up for adoption. When no one adopts them, they are euthanised. Same is done in the US and Ireland,” he adds. While WHO mandates that at least 80 per cent of dogs need to be vaccinated annually to break the cycle of transmission, only 2.4 per cent have been vaccinated by AWBI over the past 10 years.

Sudarshan says it’s time the government implemented the global strategic plan of WHO and the World Organisation for Animal Health to prevent human deaths from dog-transmitted rabies by 2030.

(This article was first published in the 1-15th August issue of Down To Earth under the headline 'Labelled rabid').