Stop smoking for a day and you may live to regret it, say researchers in the UK 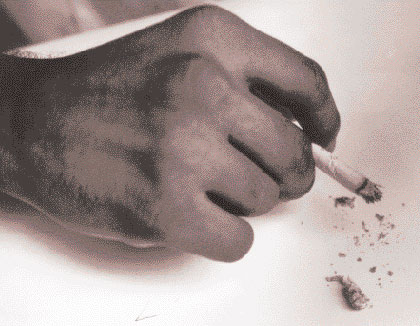 IT IS the catch 22 story. Cigarette smoking is injurious to health, proclaim the cautionary statements on every packet, but on the other hand, if you quit smoking for a short period of time, you are likely to land yourself in an accident or two, say British researchers. Stopping smoking for a day can be dangerous. On days when large numbers of smokers abstain, there are significantly more industrial accidents, the researchers have discovered. When regular smokers try to kick the habit, they suffer the effects of nicotine withdrawal. They frequently feel irritable and restless, and find it difficult to concentrate. Andrew Wales of the Institute of Psychiatry’s National Addiction Centre in London, UK, working with Martin Jarvis and Stephen Sutton at University College, London, reasoned that if mood and cognition are impaired by withdrawal from nicotine, this should be reflected in rates of workplace accidents. In the UK, this effect would be especially noticeable on the annual No Smoking Day. On this day, usually the second Wednesday in March, around two million regular smokers try their best not to light up a cigarette. All serious accidents happening in British industries such as mining, manufacturing and forestry have to be reported to the Health and Safety Executive. So the team consulted the executive’s records from 1987 to 1996 to compare injury rates on Wednesdays before and after No Smoking Day with those on the day itself. Accident rates tend to drop throughout the week from a high point on Monday, for reasons that are not quite clear. But as far as Wednesday rates go, the nicotinestarved day turned up significantly more accidents, say the researchers. “There is a blip which coincides with No Smoking Day,” Jarvis concludes. “We can’t find any other plausible factors that would explain it.” Of course, quitting smoking is not dangerous in itself. “Far from showing that giving up smoking is bad for health, it’s another evidence that proves nicotine addiction is a serious issue,” says Jarvis. It also highlights the importance of using nicotine patches during any attempt to give up, the researchers said. The team is hoping other researchers will look for further evidence, such as traffic accident statistics, or similar records from other countries, to back up their finding.