Is COVID-19 test data being fudged in UP? DTE investigates

With more than 230,000 pending COVID-19 reports, the actual daily caseload of UP can be much higher 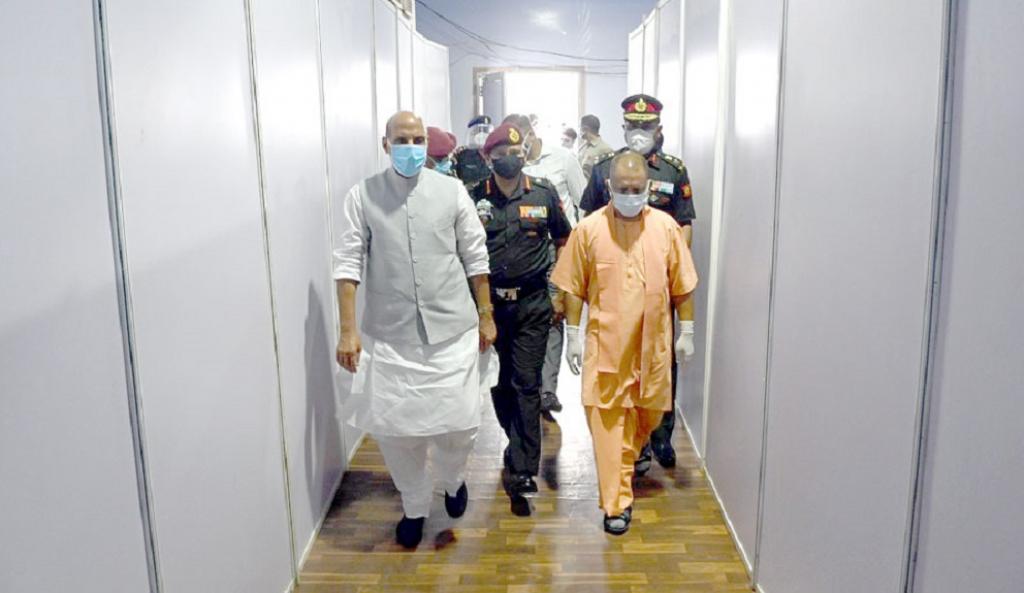 Uttar Pradesh, India’s most populous state, is in the middle of a COVID-19 maelstrom. Even as thousands are dying or getting infected, the experiences of patients show that COVID-19 test results are getting delayed and the administration is fudging figures.

Down to Earth (DTE) analysed the government’s data related to the daily sample numbers and testing capacity of labs. It tells a completely different story than what the government claims.

The Adityanath government has claimed that more than 43 million RT-PCR and antigen tests have been conducted by it since the start of the COVID-19 pandemic.

According to the UP government, its highest capacity was 75,000 daily RT-PCR tests. This means that about 450,000 such tests would have been completed from April 28-May 3.

However, 0.23 million samples are still pending in various labs of the state.

On May 11, the government itself accepted that some 226,000 samples were pending, according to sources. On May 12, Chief Minister Adityanath asked officials to reduce pendency and take only those many samples that could be tested and their results provided without much delay.

The pendency is especially bedeviling UP’s many rural districts. It takes more than seven days to get the test results. The government has mandated that the results should be out within 24 to 48 hours.

UP has 104 private and 125 government testing labs. Most of the labs are in big cities. This has made ‘testing, tracing and treatment’ difficult. This is causing problems in the rural districts

As of now, I am not aware of how many RT-PCR samples are pending in various labs. But we did scale up the testing capacity from 75,000 per day to 105,000 per day in the last three-four days. Some labs might have pending test reports because of COVID-19 infection among lab technicians. I can’t say anything about them. But even those pending reports will be completed in a day or two.

Amar Kumar Soni of Kansarganj, 30 km away from Bahraich, is an example of how people are suffering due to the delay in getting test reports. He said:

I have cough, fever and fatigue. I gave my sample for the RT-PCR test in the district hospital of Bahraich on May 1. Today, on May 7, I am being informed that I am COVID positive and have been advised to buy an oximeter. On May 1, I got my CT scan done, which confirmed the infection. Since then, I have been taking medicines but haven’t recovered much. Neither have I been contacted by the administration nor have I received any kind of kit.

Amar told DTE that he was fortunate as he didn’t wait for the RT-PCR report. Otherwise, his situation could have been worse. He gave his sample on May 1, but his report notes the date as May 3, which shows the fudging of figures.

DTE queried the administrations of a number of districts in the state about their sample testing.

Jhansi’s District Magistrate Andra Vamsi told DTE that it took three days to test a sample. Day one for sample collection, day two for sending the report to the lab and day three in testing the samples in the lab. The slow process, coupled with a high caseload, has led to a pendency of 2,500 in Jhansi.

Due to this slow process, many symptomatic patients go for a CT scan from private labs instead of waiting for pending reports.

Gorakhpur’s Medical Officer Alok Kumar Pandey told DTE that reports had been delayed for days due to the infection among lab technicians of BRD Medical College’s COVID-19 Lab as well as a high caseload.’

Sultanpur’s chief medical officer told DTE that the testing capacity had been increased. The samples were being sent to Lucknow’s King George’s Medical University. Due to the long process, it took 7 days to get the report.

Lucknow, one of the worst-affected districts of UP, has not released RT-PCR test numbers since April 12.