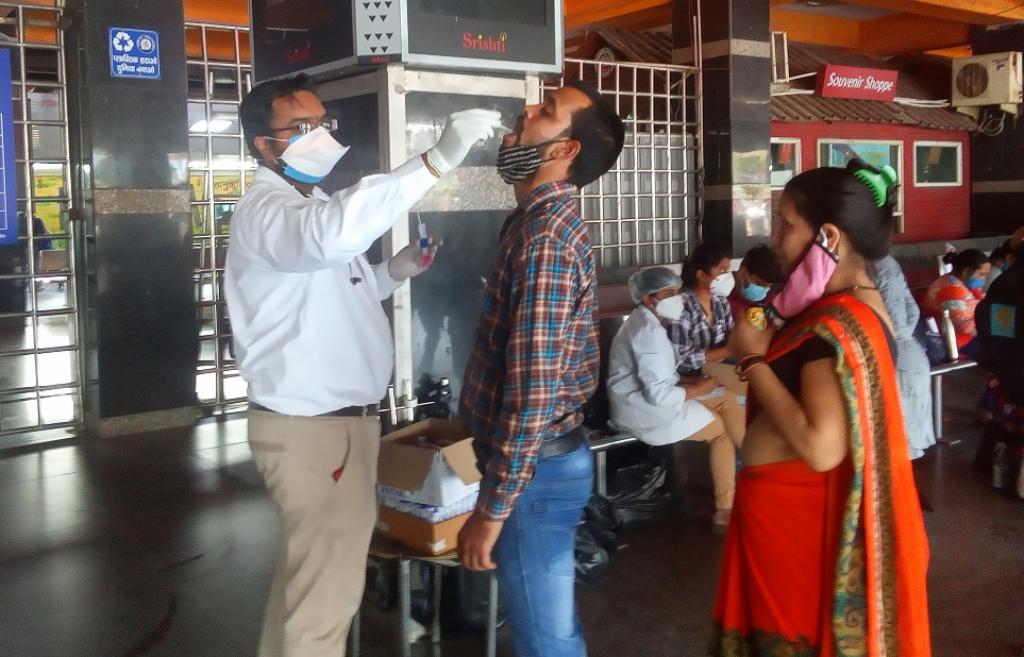 A patient being tested for COVID-19 at the New Delhi railway station during the second wave of the pandemic in India. Photo: Wikimedia Commons

The latest data on the reproduction numbers (R value) for India showed that over the last week of July 2021, the overall R was greater than 1 again. An R value above 1 indicates that there can be a spike in novel coronavirus disease (COVID-19) cases in the coming days.

The R value provides information on the average number of people who will contract a contagious disease from one person having that disease.

“The situation is looking bad in terms of R values for individual states and cities too,” Sitabhra Sinha, professor at the Institute of Mathematical Sciences, Chennai, told Down To Earth. He regularly analyses these numbers for India. 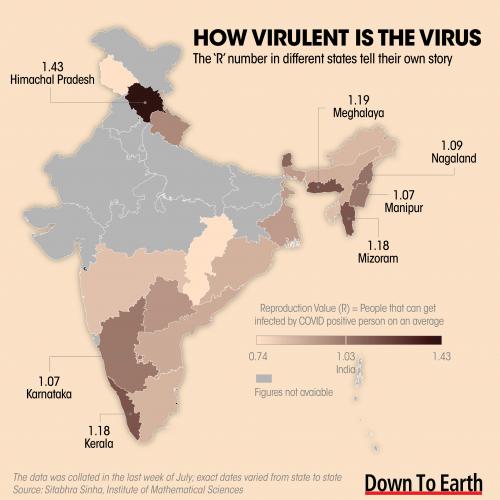 His analysis showed that there was a rising trend of active cases in Kerala, Karnataka, Uttarakhand and Himachal Pradesh which are among the top 20 states in terms of active cases.

In the Northeast, R was greater than 1 in Mizoram, Manipur, Meghalaya, Sikkim and Nagaland. R value was very close to 1 in Andhra Pradesh and Telangana. Major metros such as Delhi, Pune and Chennai, too had R which was higher than 1. 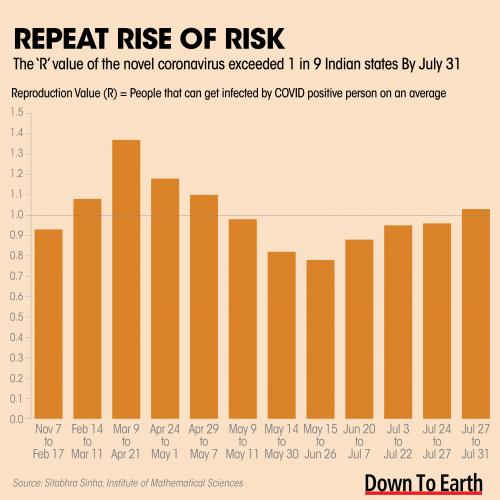 “This nation-wide coordination suggests that it may be the precursor of a new wave, but we will have to wait for some more days to see if this trend is sustained,” Sinha said. If we are lucky, the trend would subside like it happened in winter last year.

The R values go up and down as the pandemic progresses and the last time the R value for India had gone over 1 was during February 21-23, 2021.

By March this year, the government had already declared that India had beaten COVID-19. People stopped taking appropriate precautions and this helped in the spread of the disease and an unmanageable surge of cases in the months of March, April and May.

The period also saw a large-scale shortage of vaccines that could have helped people protect themselves.

As of August 2, 2021, only 7.8 per cent of India’s population was fully vaccinated and 27.6 per cent had received at least one dose. This is of concern as unvaccinated people are more at risk of contracting the disease.

There are other estimates like that by Mathukumalli Vidyasagar and Manindra Agrawal of Indian Institute of Technology (IIT) in Hyderabad and Kanpur respectively which predict that the third wave of the pandemic will hit India in August.