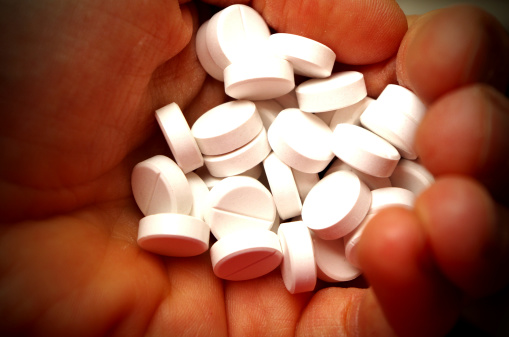 Around 75 per cent of the world’s population (5.5 billion) is deprived of proper pain relief treatment due to limited or no access to medicines containing narcotic drugs such as codeine and morphine.

On Thursday, the International Narcotics Control Board (INCB) came up with its annual report. The report says that around 92 per cent of morphine used worldwide is consumed by only 17 per cent of people primarily living in the United States, Canada, Western Europe, Australia and New Zealand.

This discrepancy leads to the abuse of pharmaceutical preparations, the report adds. Stating an instance, the report points out that in South Asia there is a rise in illicit manufacturing, trafficking and abuse of methamphetamine, which is an addictive stimulant drug.

Recent trends point to an increase in the trafficking of Afghan heroin in fairly large consignments through Sri Lanka. In 2011 and 2012, average seizures made were about 35 kg which increased to 350 kg in 2013.

Discrepancy in drug use is also leading to the diversion and abuse of pharmaceutical preparations containing narcotic drugs and psychotropic substances.

Regarding availability and access to opioids for pain management in south-east Asia, the report says that access to internationally controlled substances for medical purposes (particularly opiates for pain relief) is limited in the region.

The region’s per capita medical consumption is well below the world average. The report underlines a positive development in India saying that in March 2014 the Indian Parliament passed a new legislation enabling the establishment of simplified rules which resulted in the greater availability of drugs for pain relief.

Highlighting the need to tackle the problem, the report emphasises on the fact that it is the obligation of governments to address the discrepancy in the availability of narcotic drugs and psychotropic substances for medical and scientific purposes under the International Drug Control Conventions.

To achieve a balanced and integrated approach to the drug problem, governments also should ensure that demand reduction is one of the first priorities of their drug-control policies.

They should also put greater emphasis on treatment and rehabilitation, the report adds.

The INCB notes that drug control measures do not exist in a vacuum and that in their implementation of the drug control conventions, states must also comply with their obligations under other treaties, including international human rights obligations.