Maggi-gate: why India must face up to a bigger problem than instant noodles

Lead in drinking water, paint and spices have exposed children to its harmful effects 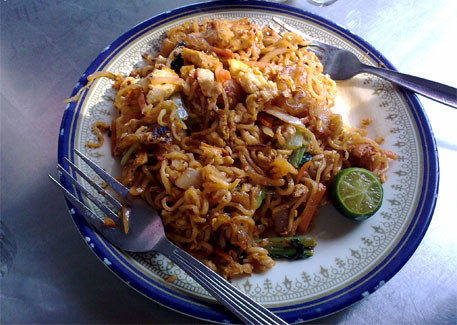 Instant noodles are a staple for many households, especially in India and Asia. In India, Swiss brand Maggi – part of the Nestlé family – has held a near monopoly of the market since being introduced in 1983.

On June 5, however, the Food Safety and Standards Authority of India (FSSAI) issued an order to “withdraw and recall (Maggi Instant noodles) from the market having been found unsafe and hazardous for human consumption”. This followed earlier reports by regulators that some packets contained excess lead. Since then, other countries, distributors and supermarket chains have followed suit, making the product recall one of the largest ever.

The emerging story has all the elements of a movie blockbuster. There are the whistleblowers, the militant activists, the lax officials, the tainted Bollywood starlets (now in court for misrepresenting the safety of the brand) and the global mega-corporation brought to its knees by a popular uprising.

But what is most remarkable is how quickly a much-loved and universal brand can be made into an archetypal corporate monster.

In India, the maximum permissible limit for lead in a product is 2.5 parts per million. FSSAI reports that the majority of packet noodles tested had lead content above this threshold to levels high as 17 ppm being recorded. Nestle disputes these findings aruging that their tests had all been within food safety limits and further testing for lead is being undertaken in India as well as other countries including the UK, Australia and the US.

The problem is that there is no safe limit for lead exposure in children, who are often regular consumers of instant noodles, as a quick meal at school or when they get home. Even at low levels, lead has significant effects on brain development, affecting intelligence, academic achievement and behaviour.

For each 10 µg/dl increment in blood lead level above zero, average IQ drops 1-3 points. While this change may seem small, any shift in the distribution of intelligence means fewer people with high IQ and more with reduced intelligence levels.

It has been reported that more than one third of children in India now have blood lead levels greater than 10 µg/dL, a level unequivocally associated with harmful effects on the developing brain as well as other bodily functions. In some areas of India more than two thirds of children are affected

Excessive lead exposure usually occurs as result of leaching from lead paint, plastics such as PVC piping, soldering, batteries, coal burning or other industrial sources into the environment. Lead in cooking utensils and glazed pottery is also commonplace.

Lead also enters the drinking water. At least a third of India’s major cities have reported elevated lead levels in tap water above the ten parts per billion – the maximum recommended by the World Health Organisation. If tap water is used in any part of manufacture, such as washing or cleaning, then the lead it contains will inevitably be concentrated as products are dried.

Many of the dried spices used in Indian cooking, cosmetics and festivities have been found to contain significant amounts of lead. In addition, the bones, skin and cartilage of animals also accumulate environmental lead. When these parts are used to make stock they release more lead than when made from meat.

Taken together, it may seem surprising if Indian-manufactured instant noodles did not contain some lead. Except for the fact that as one of the world’s largest food companies, Nestlé has a clear responsibility to make sure they don’t. In a country awash with lead, testing should have been obvious and necessary even if it was not formally mandated for one of the largest and best trusted food manufacturers in the world. Indeed, they claim to have undertaken repeated and rigorous testing of all their manufacturing processes and to have undertaken the massive product withdrawal on the basis of consumer sentiment.

In a country still haunted by the Dow Chemical Bhopal disaster, it is not surprising that India should, at the very least, expect a higher standard as the price of acceptance of global tenants, and feel cheated when it appears that rent goes unpaid. Over the past decade in India there have been a battles fought against Coca-Cola and Pepsi (for unacceptable amounts of pesticide residue) and Cadbury (for unacceptable worms in chocolate).

Whether lead has or hasn’t entered their production chain, the consequences of Maggi-gate have been far reaching. And it’s not finished yet. Nestlé will contest the order against them on June 30. The police will investigate the “Bollywood abassadors” for Maggi. A contract worker who lost his job after production of noodles was halted has been reported to have committed suicide. And worst of all, India has woken up to find it has a real problem of lead exposure among its children, for which banning noodles is not going to be an instant solution.

Lead exposure and behavior among young children in Chennai, India