On one hand, the Bill has penalty provisions for the endorsers and on the other it is giving them a route to get away 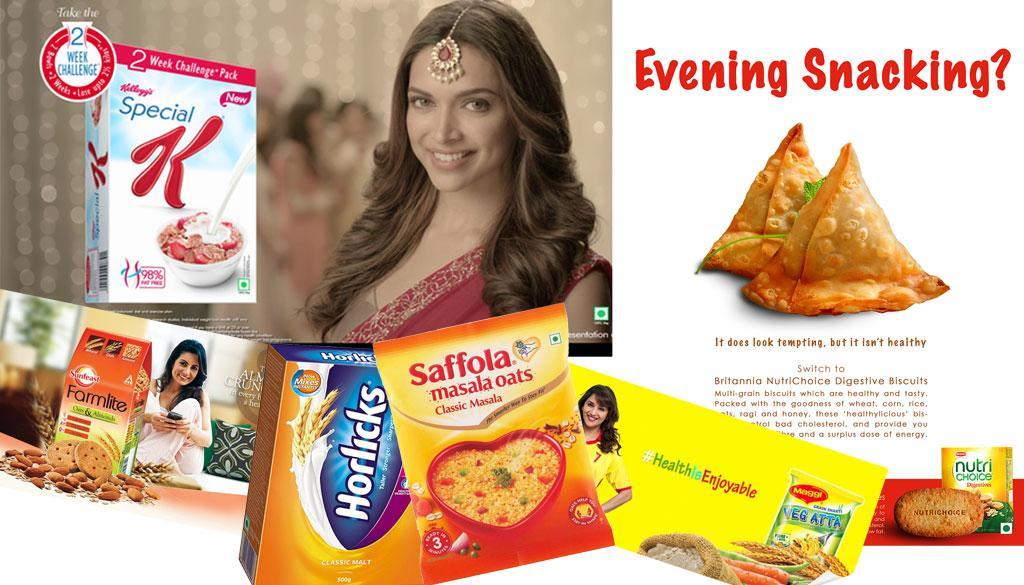 Considering the impact of celebrity endorsements on consumer choices, situation is more damaging in case of advertisements of food products.

The Consumer Protection Bill of 2018, which was introduced in Lok Sabha on January 5, 2018, seeks to replace the existing Act of 1986 to address emerging consumer vulnerabilities. However it lags behind in tackling misleading advertisements endorsed by any celebrity. The Bill has been under discussion since 2015.

The Bill states that any manufacturer or service provider, who puts up a false or misleading advertisement, will be punished with imprisonment of up to two years and fine of up to Rs 10 lakh. For every subsequent offence, the offender will be punished with imprisonment that may extend to five years and fine, which may extend to Rs 5 million. Penalty can be imposed on the endorser, who could be a celebrity, but the provision of imprisonment is not applicable to the endorsers. Adding weight to the provisions, the Bill further states that penalty has to be determined keeping in mind the population, area affected by offence, frequency and duration of offence, vulnerability of the class of persons likely to be adversely affected and the gross revenue generated from the sales.

No clarity on how an endorser can exercise ‘due diligence’

Further, the Bill states that no endorser will be liable to a penalty if he/she has exercised due diligence to verify the claims. Such a provision can create a regulatory loophole and keep celebrities out of the purview of prescribed penalties. “The bill is a disappointment since on one hand it has penalty provisions for the endorsers and on the other it is giving them a route to get away because the clause of due diligence will act in their defence. This clause negates the penalty provisions of the Bill and would not serve the purpose for which it has been proposed,” says Pushpa Girimaji, consumer rights columnist and consumer safety advocate.

There is no specified parameter for the process of exercising ‘due diligence’ as mentioned in the bill. “It is a welcome step towards tackling misleading endorsements if we look at the penalty provisions of the Bill ,but it could have been better if it had specified that due diligence should be carried out via a process that involves a product expert, legal expert and financial advisors. This could have eliminated any kind of ambiguity,” says Indrani Lahiri, Principal Associate, Kochhar & Co., New Delhi.

Few positives in the Bill

The Bill has a clause for the establishment of Central Consumer Protection Authority (CCPA) to regulate matters related to violation of consumer rights, unfair trade practices and false or misleading advertisements. In case of any violation of consumer rights or unfair trade practices, the authority can inquire or investigate either suo motu or on receipt of a complaint. Wherever necessary, they would have the power to recall goods that are unsafe or dangerous and reimburse the price to purchasers. The CCPA can discontinue any false or misleading advertisement or give orders to modify it within specific time. Among other provisions of the Bill includes the clause to have ‘consumer mediation cell’ to maintain record of proceedings, list of cases, and other relevant details. The Bill has a separate section on ‘Product Liability’ with details of processes to be followed for claiming compensation under product liability action, in case the complainant is affected by a defective product.

Considering the impact of celebrity endorsements on consumer choices, situation is more damaging in case of advertisements of food products as these can impact public health. Popular food and beverages high in salt, sugar or fat, which have been endorsed by celebrities, include Maggi Noodles, Mc Vities Digestives, Lays Potato Chips and Coca Cola. Some of these have often been positioned as healthy food alternatives. People tend to see only the positives highlighted in any advertisement and not the potential negative impacts. Maggi Atta Noodles, for example, was advertised as a whole grain food with real vegetables. Nowhere was it mentioned that instant noodles have high salt and fat content. Celebrities or the endorsers may also not be able to understand the scientific composition of foods or the science behind the claims. Therefore, to deal with a situation like this, it is better to ban celebrity endorsements completely. This would not only address the issue of misleading food advertisements in the country but also act as a key public health intervention to prevent increasing risks of non-communicable diseases.

Internationally, several countries have devised advertisement regulations for unhealthy foods targeted at children. Canada (Quebec), Estonia, Hungary, Chile, Mexico, Iran and South Korea are some of the examples. Countries such as the UK, Ireland and Belgium have specifically banned celebrity endorsement of unhealthy foods. The impact of such restrictions has been reported to be significant. In the UK, restrictions on TV advertising of food and drinks were implemented in 2006. Research shows that by 2009, children in the UK were exposed to 37 per cent fewer advertisements that promoted foods high in fat, sugar or salt as compared to 2005.

Consumer Protection Act 1986 was amended thrice in the past—in 1991, 1993 and 2002—based on the experience gained from implementation of the regulation.