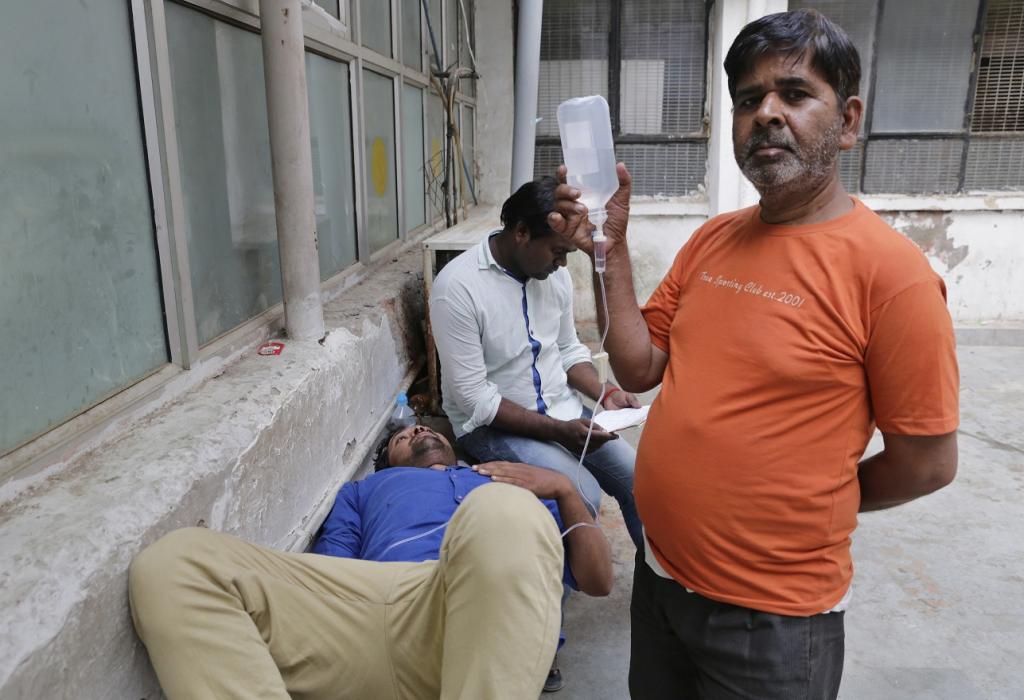 Reason behind this year’s epidemic-like scenario could be much beyond intermittent rains. Credit: Vikas Choudhary / DTE

This year, dengue has launched the worst assault in the southern part of the country with some states witnessing up to 10-fold increase in dengue cases as compared to 2016. Tamil Nadu, for example, saw dengue cases rise to 20,945 (as of November 26) this year. The union territory of Puducherry has already reported 4,507 cases of dengue. It literally means that about 2 per cent of Puducherry’s entire population has been affected.

Other southern states such as Kerala and Karnataka are also badly affected by this vast spread of this mosquito-borne tropical disease. While Kerala has seen a sharp jump from 7,439 dengue cases in 2016 to 19,638 in 2017 (as of Nov 26), Karnataka’s situation is equally grim with about 16,209 people being affected so far this year. That is more than 260 per cent higher as compared to 2016.

Southern India generally experiences an upsurge in dengue cases with receding monsoon. As opposed to heavy rains that wipe out larvae, light and intermittent rain activates the mosquito breeding cycle. However, this year’s epidemic-like scenario could be much beyond intermittent rains.

In Tamil Nadu, which has seen more than 800 per cent spike in number of dengue cases as compared to 2016, a new genetic variant of the existing dengue virus has been found recently by scientists at the National Institute of Virology (NIV) in Pune. It is the same virus type that was responsible for dengue outbreaks in the state in 2012.

So, is it possible that the new strain of virus has spread into Karnataka and causing a sudden increase in dengue cases? According to Subhra Rani Padhi, a senior consultant at the National Vector Borne Disease Control Programme (NVBDC), this could be a possible reason for more than 250 per cent rise in dengue cases in the state. She also points to construction work and unsafe waste management. If we look at Bengaluru, it is not just climatic conditions but garbage dumps and uncovered water storage are also responsible for large-scale breeding of Aedes Egypti mosquitoes.

In Puducherry, Lt. Governor Kiran Bedi raised an alarm last month when she came to know that government hospitals are overflowing with dengue patients and they do not have enough space to accommodate them. For a place with a population of quarter of million, 4,507 dengue patients is a huge number. Moreover, it is a 900 per cent rise from 2016. “Dengue is an epidemic here. There is no more space in the government hospital though they have already added four more special wards for dengue patients. Even Jimper is overflowing with patients. They are also short of medicines, ” she was quoted by the media.

While some health officials attribute the greater number of cases to better reporting, it is to be noted that the NVBDC takes into account only those dengue cases that are confirmed by performing an ELISA test that detects antibodies produced by the body against the dengue virus. However, there are patients who are diagnosed using the NS-1 antigen test, which is cheaper and faster. It means hundreds of people tested positive for dengue are not included in the database.