Eradicating TB won't happen unless the number of people who are latent carriers is tackled. A new estimate suggests it's a much bigger problem than previously thought 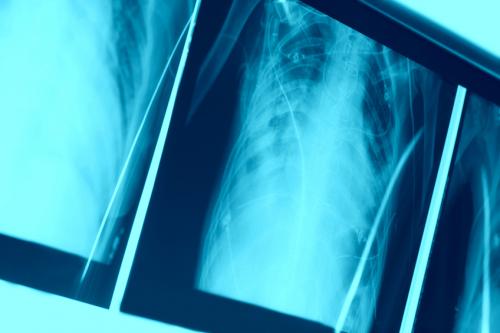 In rich countries, tuberculosis is sometimes thought of as a thing of the past, the disease that claimed Keats, Poe, Chopin. But globally, TB is today the number one infectious killer, causing an estimated 1.8m deaths in 2015.

Unlike many bugs, infection with the bacterium that causes TB doesn’t usually result in disease. The usual dictum is that only 10% of people who are infected will ever develop TB, but this may occur many years after initial infection. The flip side of this is that latent infection with Mycobacterium tuberculosis is far more common than the disease – and it is commonly stated that a third of all people worldwide carry it.

However, the last systematic attempt to estimate the number of latent TB infections was 20 years ago. Since then, many things have changed. The world population has increased by over 20% and grown older; in China, the median age has increased by ten years over this period. At the same time, children make up nearly half of the population in most sub-Saharan countries in Africa.

The fraction of people with TB disease has declined, despite upswings associated with HIV in some regions through the nineties. Developing new ways to address the pool of latent TB infection is now seen as an emerging front in its control. Clearly it’s time to reevaluate the “one-third” figure, which has become an oral tradition.

In a new paper published in PLOS Medicine, we reconstructed the “force of infection” for TB – the chance that an individual would become infected with Mycobacterium tuberculosis – in 180 countries (equivalent to about 99% of the world’s population) over the past 80 years. We approached this by compiling data from surveys testing for latent infection, largely prior to 1990. After 1990, we used estimates from the World Health Organisation on the prevalence of TB, and data relating prevalence to infection risk. The further back our estimates went, the more uncertain they became, especially for countries where data is sparse. So we took account of this uncertainty in our analyses.

Applying these historical trends in infection risk to the demographic breakdowns of each country, we could work out what proportion of people in each age group was likely to have a latent TB infection.

We found that closer to a quarter of today’s global population has a latent TB infection – around 1.7 billion people. More than 80% of this burden is concentrated in Asia and Africa, where it is usually concentrated in older age groups as the prevalence of infection increases with age. Despite this, we estimate that nearly 100m children (more than the entire population of Germany) already carry a latent TB infection.

We also worked out that even if all TB transmission stopped tomorrow, the current pool of 1.7 billion latent infections alone would prevent the number of those with TB from reaching the global targets set by the World Health Organisation for 2035, and the vision for TB elimination by 2050.

It is clear that if we really want to make TB a disease of the past, we will need to address this pool of 1.7 billion. New diagnostic tools are needed accurately to identify those individuals with latent TB infections that are likely to progress to disease, and new tools are needed to safely treat them. Only then can the current guidelines for latent TB infection be expanded from their focus on relatively small high risk groups (for example recent close contacts of individuals with TB or those infected with HIV) to reach a wider population.

The sheer numbers of those infected show that TB is not only still with us, it also needs to become a priority if we are going to address this ancient disease that still infects over a billion people, including 100m children, and causes more than 10m cases of disease and nearly 2m deaths each year. It’s much more than a numbers game, TB is a deadly reality.