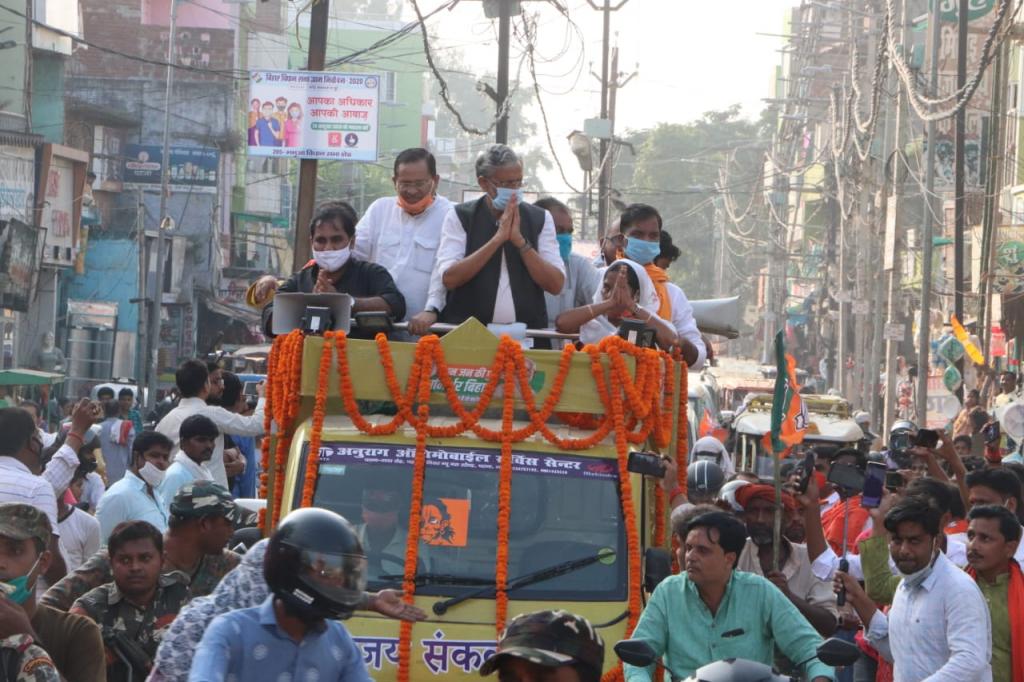 Social distancing goes for a toss at a road show by Bihar Deputy Chief Minister Sushil Kumar Modi in Bihar. Many people were seen without masks in the event. Photo: CK Manoj

Health experts in Bihar have warned that violations of the novel coronavirus disease (COVID-19) safety protocols at mass gatherings in election rallies could result in a spike in infections in the state.

Bihar is the first state in India to go to polls in the middle of the pandemic. The three-phase assembly elections will begin on October 28, 2020. The counting of votes will take place on November 10.

According to the Election Commission guidelines, a maximum of 200 people can attend an outdoor public meeting; however, election rallies in the state have been much bigger in strength.

Social distancing and sanitisation went for a toss at several rallies: Villagers were seen jostling around in public meetings — many of them had abandoned face masks.

Experts DTE spoke to warned such political events could turn into ‘super-spreader’ events if the masses continued to violate safety norms with impunity and leaders encouraged such crowds.

“We are alarmed after watching people attend these rallies in large numbers. We know social distancing is not possible at such rallies, but they should at least pay attention to using face masks and sanitising their hands,” said PK Sinha, in-charge, COVID-19 ward at government-run Anugrah Narayan Medical College and Hospital at Gaya. 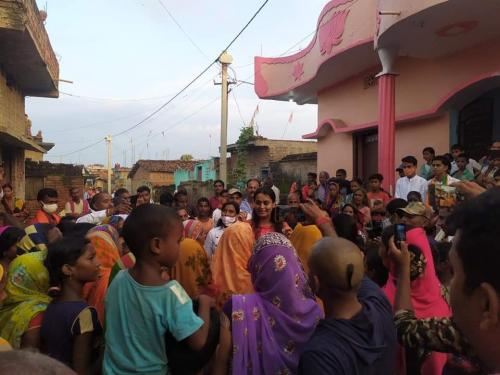 Apprehensions about spurt in COVID-19 cases have only risen for the state has started seeing a spike in cases, Deputy Superintendent at Jawahar Lal Medical College and Hospital, Bhagalpur, Asim Kumar Das, said.

Till end-September, political activities were virtually muted in Bihar, with most parties running their election campaigns through virtual rallies or social media.

Outdoor political activities saw a sudden jump after BJP president JP Nadda held an election rally in Gaya on October 11, which was the first public rally conducted since March 24, when a nation-wide lockdown was imposed to check the spread of COVID-19.

TV footages showed several people attending the rally without face masks or sitting very close to each other in utter violation of COVID-19 guidelines issued by the Election Commission.

The Gaya district administration has registered an FIR against the organisers.

Local police official Uday Kumar said an FIR has been registered against the BJP’s general secretary and other members of the organising committee.

Public rallies have now become an order of the day with barely a week left for the first phase of polling in Bihar. Bihar chief minister Nitish Kumar, his deputy Sushil Kumar Modi, BJP’s election in-charge Devendra Fadnavis along with other Union ministers have organised many rallies. Prime Minister Narendra Modi will kickstart his poll campaign from October 23.

According to the latest report by the Union health department, COVID-19 has infected more than 200,000 people and claimed lives of 996 people so far in the state.