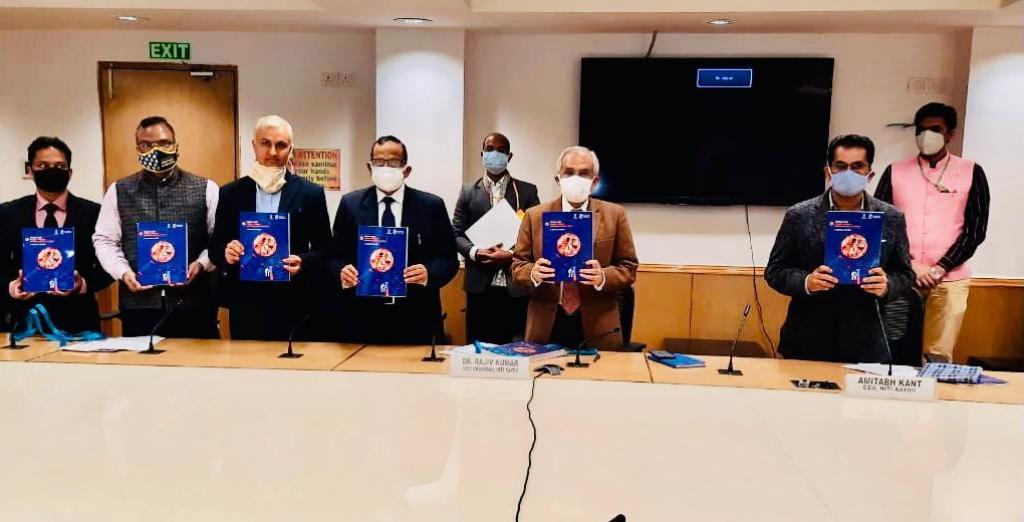 The novel coronavirus disease (COVID-19) pandemic this year underscored the importance of disease surveillance; but the Niti Aayog has now pointed out several loopholes in India’s public health surveillance system.

The system largely addresses outbreaks of infectious diseases in several parts of the country and prepares periodic data reports.

A white paper released by the government think tank December 14, 2020, The white paper noted that while there were various verticals to collect data, they were all working in silos. There was no mechanism for data sharing,

Niti Aayog pointed to the example of data collection being done by labs in the network of Indian Council of Medical Research (ICMR), National Vector Borne Disease Control Programme and Integrated Disease Surveillance Project. All these three programmes of the Union government collected the same data but it was not exchanged for ‘unified use’, the think-tank said.

Health programmes that targeted specific populations like National AIDS Control Programme, National TB Elimination Program or Reproductive and Child Health (RCH) Programme, also generated data besides adhering to their basic mandates, the paper said. However, there was no single system where surveillance data generated by these big health programmes could be understood in its entirety.

The paper pointed a finger towards the quality of the data generated. It said research or use of data to answer critical health policy questions of the country had been very limited. “Systematic quality control under surveillance was never optimally addressed. There is limited ability of programme implementation structures to work in synchrony with research organisations and vice versa,” the paper said.

India invests significant resources in registration of deaths. The RCH programme recently started reviewing the causes of maternal and neonatal deaths. However, the little review that was being done, was not able to link the causes of mortality with morbidities. There was still no proper linking to find common ground between the causes of diseases and deaths.

Human resources also form a formidable challenge. Niti Aayog referred to the Joint Monitoring Mission 2015 report. As many as 42 per cent vacancies existed at state and district level surveillance systems, it said.

The think-tank also urged for an exploration of the reasons as to why public health surveillance was not given its due importance.  Most of the positions of the Central Surveillance Unit at the Centre were filled either by deputation or on contract and the individuals ‘were loaded with multiple other responsibilities’, it noted.

India did not have an adequate number of public health professionals having expertise in what the Niti Aayog termed as ‘Epidemic Intelligence’.

To address this gap, India could draw a cue from the United States Centers for Disease Control and Prevention or the Public Health Agency of Canada, the paper said. Both these institutions have a two-year Master’s degree course in the field of epidemic intelligence.

“The ICMR has played a crucial role in enhancing surveillance of these three conditions through periodic surveys, cancer registries and expansion of surveillance in newly formed regional centres for cancer control,” the paper said.

“However, full integration of surveillance for NCD risk factors, disease and death statistics, and surveillance of injury and accidents, air pollution and its effects, etc, are yet to be included in surveillance,” it added.

Occupational health surveillance in India also left much to be desired. This type of surveillance addressed issues like lead toxicity, silicosis, etc. While the Ahmedabad-based National Institute of Occupation Health had taken several initiatives to collect the data, whatever data was generated hardly became part of India’s public health surveillance system, the think-tank said.

Growing antimicrobial resistance (AMR), emergence of new infectious diseases or new strains of existing diseases and increased rate of NCDs was only going to add to the many challenges of India’s health surveillance system, the paper said.

The paper said though ICMR had been collecting data on AMR from 25 public and private sites, it was ‘too little and too patchy’.