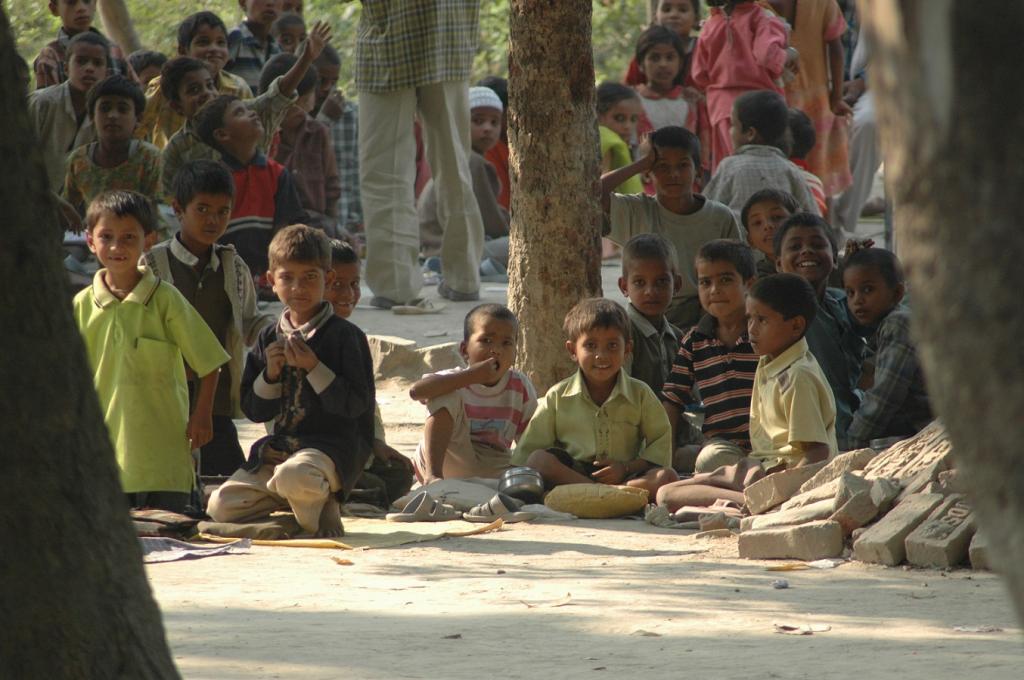 Odisha is one of the states that lag behind the national status of child health and malnutrition. Credit: Agnimirh Basu / CSE

Paura Murmu, a young woman of 29 and mother of three children, had no clue as to what an Anganwadi meant, or why it was important to send her children there, until a group of field workers reached her village and insisted she should. Hailing from Hadhadi, a small hamlet perched at a remote corner of Baripada block of Mayurbhanj, Paura tried hard to raise her children as best as she could, but Sunaram, the youngest one was rickety and visibly very sick. Initially a little sceptic, Paura finally agreed to give it a try and took her son to the ICDS centre. It was found that the boy of two-and-a-half years was severely undernourished, and was in need of special nutritional care.

Paura, and Sunaram, however, were not alone. The people working on ‘Giving Children of Odisha A Healthy Start’, a six-month-long campaign with an objective well-embedded in its name, reached out to 131 villages in 17 panchayats across five districts in the state to identify the status of child malnutrition on the one hand, and build awareness among the people at large on the other.

Organised by Voices for Child Rights in Odisha (VCRO) and supported by Child Rights and You (CRY), the campaign kick-started at the end of July, and as it ended in December, its impact on the ground is all evident for everyone to see.

Over the last six months it has monitored 113 ICDS centres to impact more than 4,300 children and 1,400 expecting and lactating mothers. The campaign mobilised them to participate in 99 Village Health and Nutrition Day (VHND), reached more than 2,600 children in schools to build awareness on health and hygiene, engaged with 148 teachers to encourage students in regular hand wash and other hygienic practices.

The campaign also sensitised village people and promoted as many as 338 kitchen gardens to produce nutritious vegetables for children locally, to ensure that their nutritional requirement was properly met. In the process, the campaign created more than 50 stories of inspiration, hope and encouragement – which reflected that it impacted in behaviour change communication among the multiple stakeholders and the communities.

Elaborating on the process of engagement with multiple duty bearers, including the government agencies through the campaign, Bidyut Mohanti, Convenor of VCRO, said, “The campaign mobilised legislatures and the Panchayat representatives to extend reach at the Block and Panchayat levels. They welcomed the initiative and took part at community-level mobilisation. It also reached out to the communities and organised series of activities for positive changes in the behaviour communication of the parents and community.”

Prafulla Samal, Minister of Women and Child Development (WCD), Odisha, appreciated CRY and VCRO for highlighting the issue of malnutrition in the most critical districts in Odisha, He said, “Addressing malnutrition is a national priority, and I would request the Union Government to extend support to the state in handling the issue.” He also endorsed the recommendation for opening new ICDS centres at all the hamlets of tribal villages.

Kasturi Mahapatra, chairperson of Odisha State Commission for Protection of Child Rights, also extended her support to the campaign. She said, “The campaign has brought in very insightful information from the ground-level reality, and highlighted the crucial process of change.” Mahapatra also requested Minister of WCD to implement the recommendations in all 17 Panchayats across five tribal districts in the state.

Ashim Ghosh, who heads CRY operations in Odisha, said, “Ensuring proper nutrition to the children within the age-group of 0-6 years is of supreme importance as this is the foundation for their life. The campaign observed that severe lack of nutrition is more prevalent among children in the tribal communities, and within the age-group of 6 months to 3 years, indicating at the lack of supplementary food intake that they should have during the mentioned time-span. The trend shows how important it is to take life cycle approach in addressing the issue of malnutrition from the tribal area of Odisha.”

With almost 35 per cent of total children under five years underweight and 45 per cent children in the same age-group suffering from anaemia, Odisha is one of the states that lag behind the national status of child health and malnutrition. The scenario is even worse in tribal districts of the state. Despite the recent decline in infant and child mortality, the state still fares poorly in comparison to the national estimate. As NFHS 4 data reveals, 40 children (per 1,000 live births) still die within the first year of life, and 49 (per 1,000 live births) die before they reach five years of age.

The press release was issued by CRY - Child Rights and You (formerly known as Child Relief and You) - an Indian NGO that believes in every child's right to a childhood.