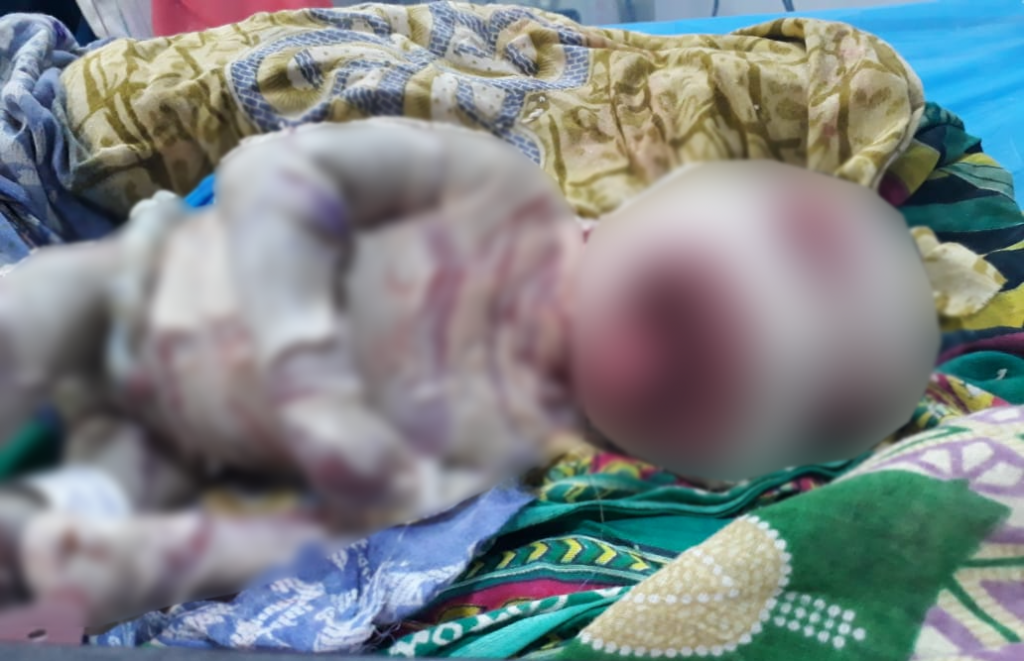 Odisha reported its first-ever case of a baby born with harlequin ichthyosis, a rare genetic condition, at a hospital in Berhampur in the state’s Ganjam district April 22, 2021.

The baby girl was born to a 30-year-old woman who has multiple congenital anomalies, Santosh Kumar Mishra, superintendent of the medical college and hospital, said.

The facial features of the baby, including the mouth, eyes and ears were deformed, restricting breathing and eating. The baby was kept in the intensive care unit. The condition of the mother was good, Indira Palo, assistant professor at the college and hospital’s gynaecology department, said.

The doctor did not divulge the mother’s details. She said the mother had come to the emergency ward with stomach ache late at night and delivered the baby late at night.

The baby was born premature, as the mother was about eight months pregnant. It was her fourth delivery. Two of her earlier babies had died, while one survived.

Palo said the disease was an extremely rare genetic disorder that resulted in thickened skin forming over nearly the entire body at birth.

The disease affected one in three million births and is caused due to a mutated gene inherited from the parents. The disease sees the skin form large diamond-shaped plates across the body that are separated by deep cracks (fissures). The skin is dry and scaly, almost like fish skin and hence the term ‘icthyosis’, derived from ‘ikthus’, Greek for fish.

Mutations in the ABCA 12 gene are stated to cause harlequin ichthyosis, the doctors said. The ABCA12 protein plays a major role in transporting fats in cells which make up the outermost layer of skin.

Severe mutations in the gene lead to the absence or partial production of the ABCA12 protein. This results in lack of lipid transport and as a result, the skin development is affected by varying degrees according to the severity of the mutation, a doctor said citing a research paper on the disease.

The disease is rare and only a handful of cases have been recorded across the world. “There have been maybe 200 to 250 such cases across the world,” B Mishra, former professor of gynaecology at the hospital, said.

India’s first recorded case of a baby born with harlequin ichthyosis was in 2016, at a private hospital in Nagpur, Maharashtra. Such cases were also reported in Delhi, Patna and West Bengal. The infants could not survive for long and succumbed to the disease days after birth, sources said.