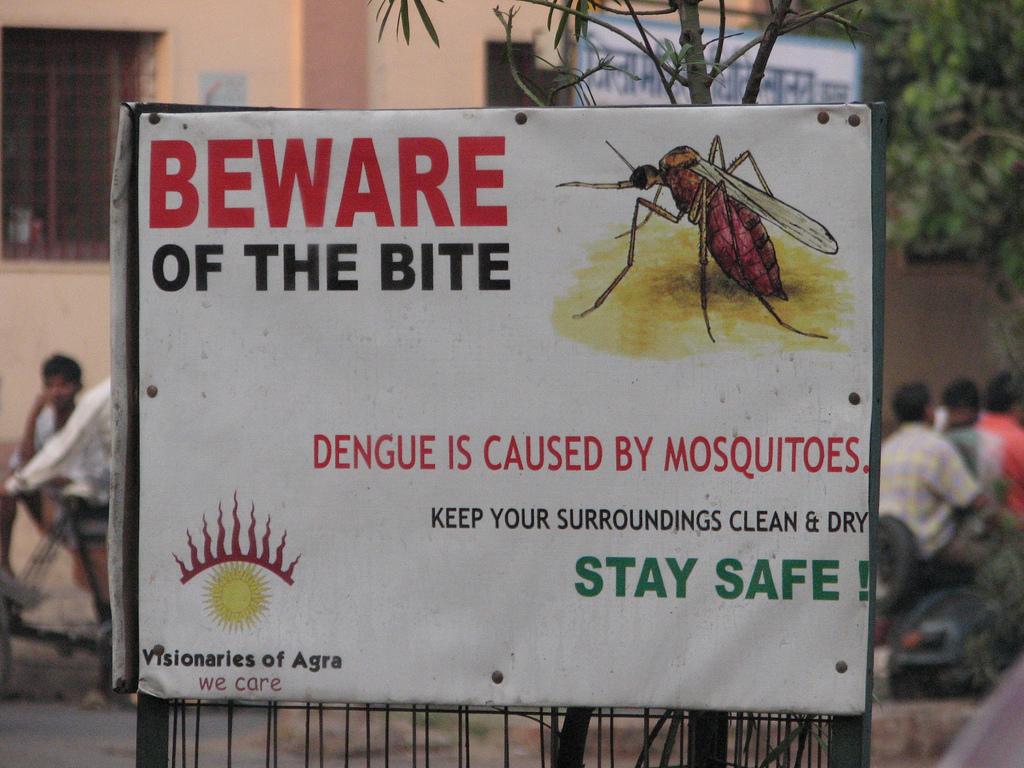 With the fear of an epidemic-like situation looming large in Delhi, a door-to-door awareness drive will begin from August 15. Credit Curtis Palmer/ Flicker

The dread of dengue returns as the disease makes its presence felt even strongly with the receding monsoon. According to the website of the National Vector Borne Disease Control Programme (NVBDCP), 15,099 cases of dengue were reported across the country till July 28, 2016. Twenty-six people have died so far with a 10-year-old girl in West Bengal being the latest victim.

Meanwhile, Delhi has already reported 171 dengue cases this season, which is the highest in the last five years. The city witnessed 52 cases of dengue in the past one week. The sudden spurt in the spread of dengue cases is attributed to erratic rainfall and high relative humidity.

This year, dengue cases were reported rather early with the vector-borne disease claiming its first victim on July 21 when an 18-year-old girl from Jafrabad in northeast Delhi died at Lok Nayak Jai Prakash (LNJP) Hospital. According to the data released by the Municipal Corporation of Delhi, the number of houses tested positive for mosquito breeding so far is 66,095 as against 97,416 in 2015.

With the fear of an epidemic-like situation looming large, Health Minister Satyendar Jain announced a door-to-door awareness drive from August 15. It will also be conducted in schools. In another preventive measure, the government claims having prepared a list of sensitive areas in Delhi where high level of breeding was traced in 2015.  At least 15 sites in New Delhi district and 14 in South district were marked sensitive.

Going by the last year’s trend, dengue cases are likely to increasing at an alarming rate in August. The government has assured that the proposed “355 fever clinics” will be ready by September 1. As of now, fever corners have been established at 33 government hospitals, 262 dispensaries and 106 local clinics.

To tackle dengue outbreak, the government has put restrictions on the sale of drugs like “Aspirin, Ibuprofen and Diclofenac” that cause destruction of platelets in human blood.

Between August 6 and 7, West Bengal witnessed 112 new cases of dengue from different parts of the state. Death toll in the state has touched 13 so far. Karnataka reported six deaths due to dengue in the first three weeks of July.

There has been a sharp rise in dengue cases across Maharashtra as well. Mumbai has recorded the second highest number of cases (209) in the state, which has seen 126 per cent rise in mosquito-borne disease between January and July when compared with the corresponding period in 2015. The city has also reported one death so far.