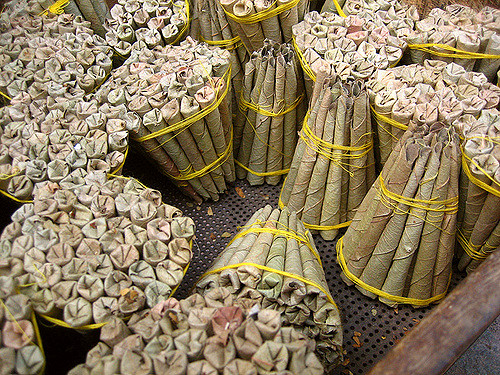 A parliamentary panel has recommended the reduction of pictorial warnings on tobacco products from the proposed 85 per cent at present to 50 per cent. The report is likely to be submitted in the Parliament within a few days.

The committee has taken the decision in view of the possible loss of livelihood of bidi workers and the increase in illicit trade of tobacco products.

Experts feel that the committee’s recommendations on graphic health warnings will once again delay and dilute a critical public health measure designed to save the lives of millions of Indians and protect India’s most vulnerable populations.

Tobacco use in India causes 1 million deaths annually, inform experts. Bidis are the most popular tobacco product. Mostly taken by the poor, they cause more than 50 per cent of tobacco-related deaths in India.

For this reason, India’s tobacco control law, COTPA, applies equally to all tobacco products, including bidis. Already, 20 states have recognised that bidis are equally harmful as other tobacco products by taxing them fully.

Experts say there is no direct evidence that putting up bigger graphic warning labels will hurt bidi workers. Global examples show that small-scale industries (bidi manufacturing) will not disappear overnight. Reduction in consumption will happen only gradually.

This will allow ample time for the Indian government and the bidi workers to adjust to market changes and seek other alternatives, believe experts. The bidi industry is already putting up graphic warnings since 2009.

Pankaj Chaturvedi of Tata Memorial Hospital termed it an unfortunate development. “They are thinking that if the implementation takes place, there will be reduction in consumption, and thus loss of livelihood, as well. These advertisements have been published in the past too, and there is no evidence showing that there has been a loss of livelihood.”

If the government is concerned about the possible loss of livelihood of bidi workers, they should think about alternatives, he added.

Prakash Gupta, director at the Healis- Sekhsaria Institute for Public Health also raised concerns, “The report is clearly riddled with conflict of interests.  Those who authored the Report include rich individuals benefitting from tobacco business.  In order to protect their profits, they do not want to inform public of facts though 85% pictorial warnings, a strategy supported by strong scientific research."

He added that such warnings protect the underprivileged section as they are the largest tobacco users. "They profess about interests of bidi workers but do nothing to move manufacturing of bidi and handling of a highly toxic and carcinogenic substance, tobacco, to a controlled environment with appropriate ventilation and proving protective gear to bidi workers.  Bidi workers even if they do not use tobacco in any form, are affected by tobacco,” Gupta said.