People in Africa are living longer but lifestyle diseases are rising 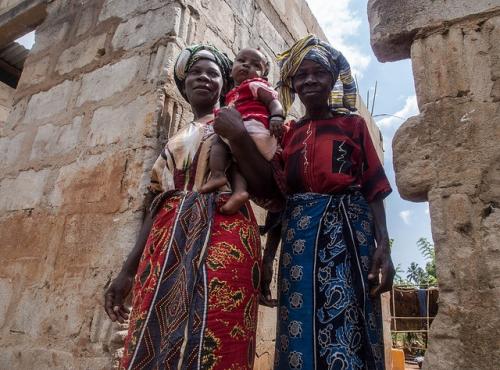 Malaria, HIV, pneumonia, and diarrhoea are the leading killers on the African continent, according to a recently released study looking at the burden of diseases across the world. In 1980 the list looked different. Then the leading killer diseases were also diarrhoea, pneumonia and malaria, but tuberculosis and measles were up there with them.

The good news is that people in Africa are living longer. The bad news is that non-communicable diseases like diabetes, cardiovascular disease and cancer are wreaking havoc.

Our study on the Global Burden of Disease measured which health problems have had an impact on populations. The information was collected by more than 1800 researchers from more than 120 countries.

There are more than 1.2 billion people living in Africa. The continent makes up 16% of the world’s population. Just under 40% of the population live in urban areas and the average age is about 19.

Just over 8 million people died in sub-Saharan Africa in 2015. More than half of these deaths was due to malaria, HIV/AIDS, maternal and child diseases, anaemia and malnutrition. And more than a third of the deaths were due to cardiovascular diseases and cancer.

Compared to 15 years ago, people on the continent are now living longer. Life expectancy for both men and women has increased from 52 years in 1980 to 62 years in 2015. Life expectancy is a measure of the average time people are expected to live, based on the year of their birth and other factors such as their sex.

These gains were largely as a result of decreases in deaths caused by malaria, HIV/AIDS, and childhood vaccine-preventable diseases such as measles, pneumonia and diarrhoeal diseases.

Dramatic events such as the Ethiopian drought and famine in 1983/1984, the Rwandan genocide in 1994, and the HIV epidemic – especially in southern Africa – had catastrophic effects on longevity in Africa.

Looking at the sub-regions more specifically there are some similarities and differences.

In South Africa, ischemic heart disease and tuberculosis were also major killers. But in Nigeria and Kenya, diarrhoeal diseases and pneumonia were among the top killers.

What our study shows, however, is that the diseases that kill people are not typically those that make them sick. This differed by region. For example, in South Africa diabetes was highest on the list of diseases that made people sick, in the other countries iron-deficiency anaemia, neglected tropical diseases and depression were responsible.

Another important focus over the last 15 years has been a reduction in the number of child deaths across the globe where great progress was made between 1990 to 2015.

This was partly due to the focus on child survival interventions such as immunisation which have started to reap rewards.

By 2015, child mortality in many countries in sub-Saharan Africa was lower than expected given the current levels of development. It was reduced from over 850 000 deaths in 1990. In some parts of the continent the gains have been significant but in others it’s been slow.

Between 1990 and 2015 South Africa nearly halved the number of children under five that died. But Kenya only managed to reduce deaths by a tenth while Nigeria brought down the number by a quarter. In Kenya the reduction reveals some progress but the country still falls behind many other East African nations.

The study’s observations are important in the context of achieving the sustainable development goals.

Policy-makers need the best available evidence to make informed health policy decisions and to determine how to allocate resources.

Some countries in sub-Saharan Africa face significant health challenges despite improvements in income and education, while other countries further behind in terms of development are seeing strong progress.

Policymakers in all nations – from Senegal to South Africa and Equatorial Guinea to Eritrea – need to align spending to target the things that will make their communities healthier faster.