PM asks states to gear up for COVID-19 vaccine distribution 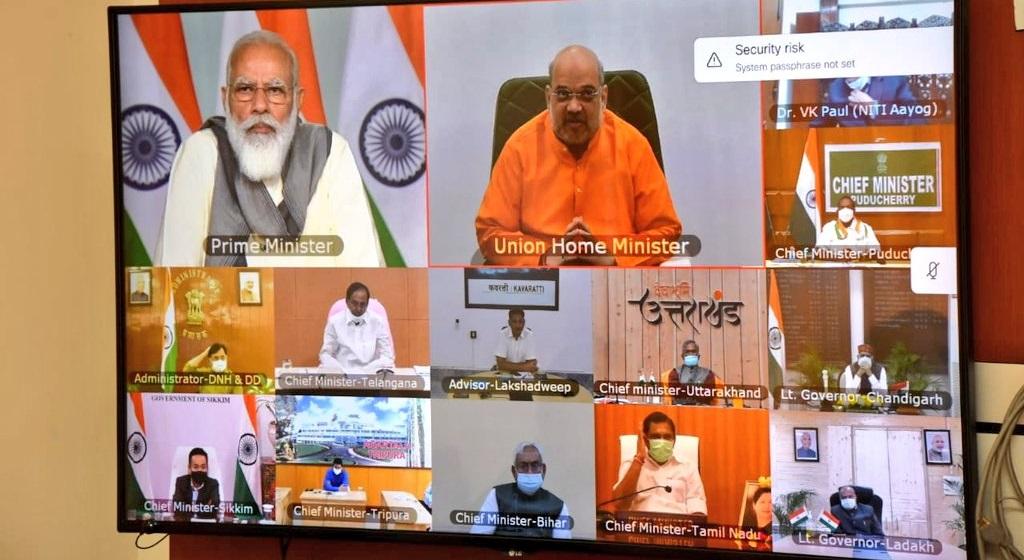 The Centre and state governments discussed various moves to rein in the surge in addition to a strategy on the roll-out of vaccines. Various state governments have imposed curbs like night curfews, reducing the size of public gatherings and focussing on intensive drives for rapid testing.

PM Modi insisted that the states must increase RT-PCR tests and do every possible bit to ensure the case fatality rate remains below one per cent and the positivity rate (total positive tests out of every 100 tests) below five per cent. Emphasis must also be given to equipping rural health infrastructure, he said.

The PM advised that chief ministers may think about area-specific local strategies instead of making pan-state ones.

A detailed discussion also happened on the rollout of vaccines. “India is closely watching all the global developments and is in talks with international manufacturers and regulators. But we still don’t know if the vaccine is going to be a multiple-dose or single; what would be the cost and how would corporate and diplomatic interests play,” Modi said.

However, what was sure was that it was going to be a very long campaign that would have to be sustained over a period of time, Modi said.

“It is high time the states start thinking about their cold storage capacities,” he said. Modi stated that the state governments too, should form a state and district level committees on vaccine distribution on the lines of the national committee. He assured that the vaccine that India would approve would be a safe one.

Meanwhile, Russia’s National Research Center for Epidemiology and Microbiology declared November 24 that the interim results of its COVID-19 vaccine candidate, Sputnik V, had shown an efficacy of 95 per cent.

There were no unexpected adverse events during the trials, the Institute said.

Besides Russia, the vaccine is also being produced in India, Korea, and Brazil. The vaccine can be stored at a temperature of 2-8 degrees Celsius. The Russia Development Investment Fund claimed the vaccine would have a great logistical advantage over other COVID-19 vaccines.

As many as 500 million people could be vaccinated per year with Sputnik V from March 2021, according to current production plans.

This vaccine, like the one being made by Oxford-AstraZeneca, is an adenovirus-based vaccine. However, the key difference is that while in the case of the latter, the same adenovirus is used for two doses, the Russian vaccine used separate ones for both.

This, the Russian developers claimed was key to explaining the difference between efficacy results and long-term immune response of their vaccine and Oxford’s.

“If AstraZeneca or any other firm is interested in our approach, we are ready to provide our adenoviral vectors for them to test and see,” Denis Logunov, deputy director of the Gamaleya Institute which is developing the vaccine, said.

The developers said that those countries which had already entered into an agreement with them will start getting their supplies from January 2021. Those who had entered later will get it from March.