Other irregularities include details such as mobile numbers and age missing from the record, names entered wrongly and others 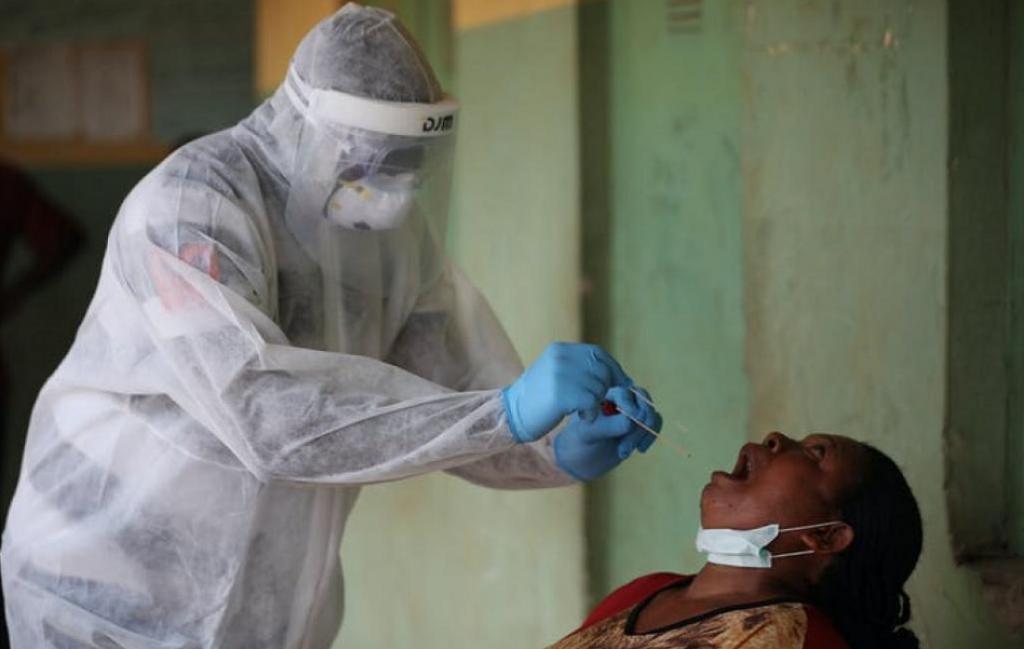 Major irregularities have come to the fore in the ongoing effort to fight the second wave of the novel coronavirus disease (COVID-19) in Bihar, according to health officials.

Those who had not tested for COVID-19, have received reports of antigen tests. Wrong or false mobile numbers, fake names and fake test reports have been recorded in the official entries of the antigen tests and sent to several people in the state.

COVID-19 testing irregularities had surfaced in different districts of the state, a health department official told this reporter on the condition of anonymity.

“Till date, dozens of people across the state have received COVID-19 rapid antigen test reports despite the fact that they had not given their samples for testing,” the official added.

The irregularities have been noticed in Muzaffarpur, Patna, Bhagalpur, Gaya, Darbhanga, Saran, West Champaran and Sitamarhi districts of the state.

In Patna, ‘0000000000’ had been entered in the official entry or record as the mobile numbers of 275 people, whose samples were collected for an antigen test.

Over 100 people’s names were entered in the record. They were shown to have been tested twice. Ten people tested thrice in the record. Some of those were tested using antigen tests, showed ‘zero’ in the age category. The names of some others were wrong.

Patna Civil Surgeon Vibha Kumari Singh said there were reports of some problems with mobile numbers related to antigen test reports. “We will inquire into it,” she said.

In Bhagalpur district, over a dozen people who had never given their samples for COVID-19 tests, received negative antigen test reports on their mobiles in the last few days.

Nearly four dozen people, who had never given samples for COVID-19 tests, received RT-PCR test reports on their mobiles recently.

Muzaffarpur district’s magistrate, Pranav Kumar constituted a three-member inquiry team comprising of the additional district magistrate and district civil surgeon May 30, 2021 and asked it to submit a report within two days.

Kumar, in his order, mentioned that several people who had not tested for COVID-19, had received antigen test reports on their mobile numbers.

Muzaffarpur civil surgeon SK Choudhary has asked those in charge of all primary health centres to submit a detailed report of the rapid antigen kits provided to them for testing.

He said from June 2020-May 2021, nearly 0.85 million samples were tested using rapid antigen kits in the district.

Over a dozen people, who had never given samples for COVID-19 testing, had received negative antigen test reports on their mobiles in the last few days.

Apart from them, two staff, including a data entry operator and an employee of the dialysis unit of the government-run Muzaffarpur Sadar Hospital, had received a negative report of an antigen test. Both had not given a sample for the test.

Similarly, some like Jaimangal Shah, a police constable posted in the Manyari police station, had received a negative antigen test report of another man, Mahaveer Chauhan.

Amitabh Sinha, nodal officer of COVID-19 tests at Sadar Hospital, said the administration had begun investigation into how antigen test reports were sent on mobile numbers of people who were not tested.

According to health officials, RT-PCR facilities are very limited in district headquarters and are non-functional in several parts. Some 70-80 per cent of all tests are antigen tests while only 20-30 per cent are RT-PCR tests.