Mystery behind Gorakhpur encephalitis deaths: is scrub typhus the likely cause?

Scrub typhus is caused by the Orientia tsutsugamushi bacterium, which is introduced in humans from the bites of the infected larvae of a certain kind of mite 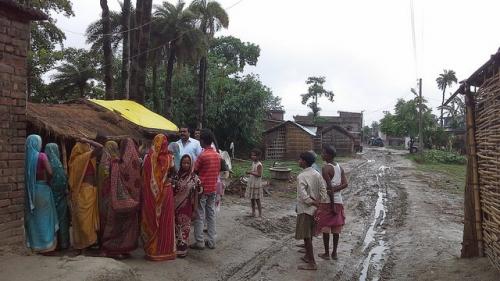 Scrub typhus is being considered as a possible cause behind the mass children’s death in Gorakhpur’s Baba Raghav Das Medical College (BRDMC). BRDMC is in news again after around 70 children died at the hospital within just five days. The BJP government led by Chief Minister Yogi Adityanath has blamed encephalitis as the cause behind the deaths. According  to some media reports, scrub typhus—a mite-borne disease—which triggers brain inflammation could be the killer. However, some experts are not fully convinced that this is the only reason. George Varghese, professor at Vellore-based Christian Medical College, says that the symptoms being reported in Gorakhpur do not point to scrub typhus.

Gorakhpur is notorious for the brain fever epidemic that kills children every year. Those who survive develop physical and mental disabilities. In a report published by Down To Earth in 2011, several other districts in Uttar Pradesh, including Gorakhpur, have been witnessing brain fever for over 30 years. In 2005, more than 1,000 children succumbed to the disease.

Since the late 70s when brain fever started stalking Gorakhpur, it was thought that the Japanese encephalitis virus caused the brain inflammation outbreak. Earlier, encephalitis have been linked to a number of causes—toxins, pesticides in lychee and a polio-like virus. But now scrub typhus is also being linked to deaths in Gorakhpur. According to news reports, scrub typhus is re-emerging in India. Earlier, during the 90s, it fatally infected cadets of the Indian Military Academy based in Dehradun after they trekked in the hills, news reports say.

The Uttar Pradesh government had launched two vaccination programmes in 2006 and 2010 to control Japanese encephalitis. But it failed to control brain fever. After that, enterovirus was blamed for the deaths. Confusion can occur while diagnosing whether brain fever has been caused by the Japanese encephalitis virus or enterovirus, as initial symptoms of both are similar—high fever, vomiting, unconsciousness and seizure. Now, all brain fevers have been classified under the Acute Encephalitis Syndrome (AES).

Coming back to scrub typhus, its scale has expanded in recent years. According to a study, the geographic distribution of scrub typhus extends from Primorski Krai, in the far eastern part of the Russian Federation, to south-east Asia, India, Afghanistan, Pakistan, northern Australia, and islands of the eastern Pacific.

Scrub typhus is caused by the Orientia tsutsugamushi bacterium, which is introduced in humans from the bites of the infected larvae of a certain kind of mite. People can get the infection by walking barefoot or sitting on the grass. The disease starts with a fever, along with a headache or muscle aches, and thus, it is mistaken for dengue, malaria or typhoid. A report published in The Wire says that a physician may be able to diagnose scrub typhus on carefully looking for the presence of an eschar, an ulcer resembling a cigarette burn.

The reality is that the Uttar Pradesh government should not ignore science and make actual efforts to identify the cause behind the deaths. It can no longer ignore it, as the lives of children depend upon urgent government action.