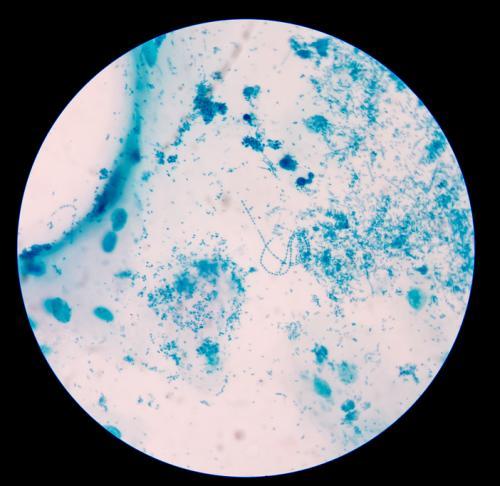 Conventionally, antibiotics are used to treat bacterial infections but in recent times, due to rampant and irrational use of antibiotics, bacterial strains have developed resistance to drugs.

Now researchers have explored alternative treatment options and shown that even drug resistant strains of bacteria could be killed by nanocomposite as they can target multiple sites within bacteria, unlike most antibiotics.

The disruptive effect of nanocomposites is both at physical and chemical levels. The nanocomposites used by the scientists are made of silver nanoparticles – which have been previously documented as anti-bacterial agent; and a graphene derivate which has been studied for the first time.

The hybrid material has been found to halt growth of disease causing bacteria. The researchers claim that the combination is a big leap forward in times where rapid development of multi drug resistance in bacteria due to indiscriminate use of drug poses serious treatment challenges.

The nanocomposites were studied and found effective against the disease causing and multi-drug resistant variants of bacteria (E.coli, P.mirabilis and S.aureus) commonly found in lungs, skin, urinary tract and intestine. The effect of the nanocomposite was observed to be far superior compared to that of the conventionally used antibiotics-nitrofurantoin. Although the efficacy tests were done on laboratory grown bacteria under varying conditions, these promising results suggest that the nanocomposite may present a viable alternative to some conventional antibacterial agents.

The exact mechanism of action of the nanocomposite is still under investigation. However, the present and some previous studies have delineated disruption mechanism of constituents of the nanocomposite and hence predicted their combined effect. The graphene deviate physically damages the cell membrane of the bacteria with its sharp edges, while silver nanoparticles have multi-functional effects as they disrupt bacteria’s respiratory and energy generating pathways. This cumulative effect of both is enhanced efficacy and higher activity rate as compared to effect of the two components studied individually.

The preliminary observations, reported in journal Scientific Reports, indicate a potent multi-site effect on the cells making it hard for the bacteria to develop resistance. They caused cell disruption and growth inhibition in different types of bacterial species thereby potentiating inclusion as treatment options against diseases caused by them.