Sniffing around flatus for cures 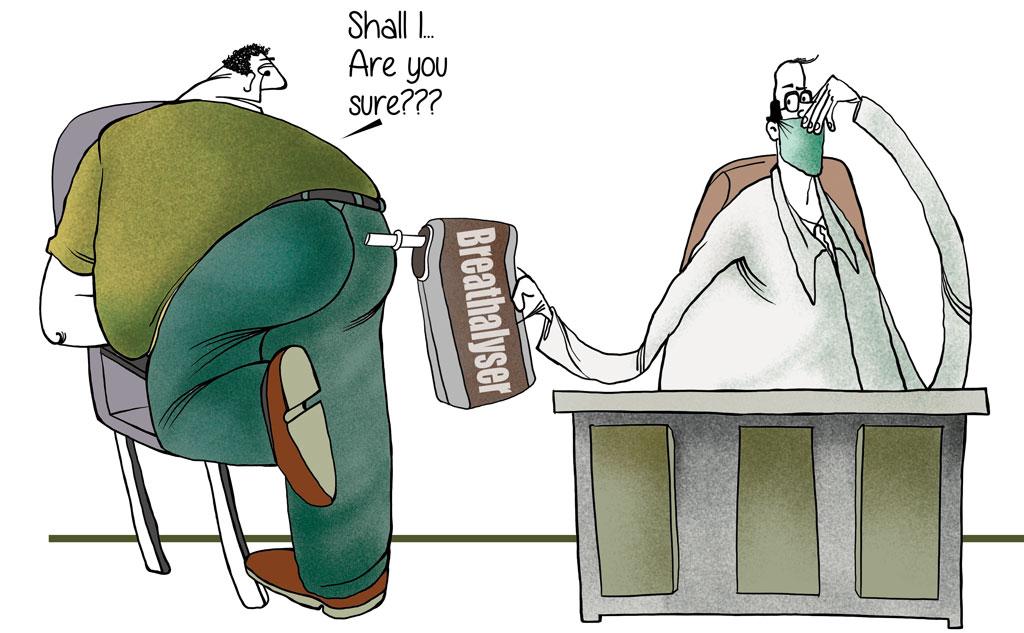 In the late 18th century, Joseph Pujol (stage name Le Pétomane), a fart professional, could blow out candles and smoked cigarettes from his posterior as part of his performances in France. In April this year, Japan instructed tourists, especially the Chinese, to “be discreet, or avoid bodily functions such as belching or flatulence entirely, when visiting Japan”.

Everyone farts in a different way at different times—the average is 14 times a day. There is a shy variant that one tends to ignore, an ambivert fart that makes a little noise provoking joke, and then there are the uninhibited braggarts who are met with a disgustful smirk or a twitching of the eyebrow.

Now a team of researchers led by Peter Gibson from Monash University and Kourosh Kalantar-Zadeh from the Royal Melbourne Institute of Technology, Australia, believe that it is time to move beyond the usual toilet humour, the shame and the disgust, and embrace flatus as they could be a diagnostic tool to analyse a patient’s digestive health.

They have developed a tiny sensor that can be swallowed like a medical pill. Through its journey from the mouth to the rectum, the sensor picks up the gases that emanate from various parts of the gastrointestinal (GI) tract and relays the information to a mobile phone. It also picks up temperature readings and acidity, which can be used to ascertain which gases are generated from which part of the GI tract.

The scientists are yet to conduct human trials. But tests on pigs have reversed several existing assumptions such as the effects of fibre on the gut. The tests showed that a low-fibre diet produced four times more hydrogen in the small intestine than a high-fibre diet. “This was a surprise. Hydrogen is produced through fermentation. So we naturally expected that more fibre would equal more of the fermentation gas,” says Kalantar-Zadeh.

The paper, published in Gastroenterology in April 2016, indicates that high-fibre diet produces more methane gas in the large intestine. The study cautions Irritable Bowel Syndrome (IBS) patients against consumption of high-fibre diets, as excessive methane is often linked to IBS. “We hope this technology will enable researchers to design personalised diets or drugs that can efficiently target the problem areas in the gut, and help millions of people affected by digestive diseases and disorders worldwide,” adds Kalantar-Zadeh.

This is not the first time flatus analysis has received huge scientific attention. In early 2000s, Chris Probert of Bristol University in the UK and Norman Mark Ratcliffe of the University of West of England established the correlation between GI diseases and flatus composition. They found that volatile organic compounds in flatus form a fingerprint or signature pattern for a particular microorganism, which could be linked to a particular disease.

The other unconventional methods include measuring the amount of hydrogen in a patient’s breath and comparing it with a standard. This method, published in Gut in 2006, is based on the principle that bacteria produce hydrogen when they are exposed to unabsorbed food. This hydrogen is eventually absorbed by the blood and released into the lungs. So, traces of one’s flatus come out of the mouth.

But the problem with this method is that it does not inform where in the alimentary canal a particular gas (problem) originates. Additionally, the gas is contaminated by other gases, such as those brewed by bacteria between the teeth.

Another indirect method involves faecal sample testing. This involves keeping a spoonful of poop in a jar and securing it with a lid containing a sensor that detects the molecules of gas fuming inside. Published in PLOS One in March 2013, the paper reveals that faeces of IBS patients had significantly high amounts of organic acids, such as acetic acid and propionic acid. But again, this method fails to reveal the problem in the early stages of digestion.

There are simplistic methods too: collecting a patient’s flatus in a rectal tube over a few hours and analysing the samples through gas analysis techniques such as chromatography and spectroscopy. Michael Levitt, famously called “Dr Fart”, is a researcher at the Minneapolis Veterans Affairs Medical Center, USA, who used this approach to cure a 32-year-old male computer programmer, who would fart 129 times per day. After treating him through multiple treatment procedures, he finally found that air swallowing was the cause of increased flatulence.

Many experts say such unconventional diagnostic tools are inaccurate. “The basic problem with flatus analysis is that collection is very cumbersome. Moreover, it all falls apart if there is not more data correlating flatus gases and GI diseases,” says Dinesh Kumar Singal, a gastroenterologist at the Pushpawati Singhania Research Institute Hospital in New Delhi.

“The data suggesting correlation between disease and the gases found in a person’s flatus is not very reliable. There haven’t been sufficient studies to back the results of the select few that have indeed found a correlation,” adds Ajay Kumar, a gastroenterologist at Fortis Hospital in New Delhi. For now, the fart jury is out in the open.

(The story appeared in the "30 June 2016" issue of the magazine under the headline "Sniffing around".)