Spread of polio remains a public health emergency: WHO 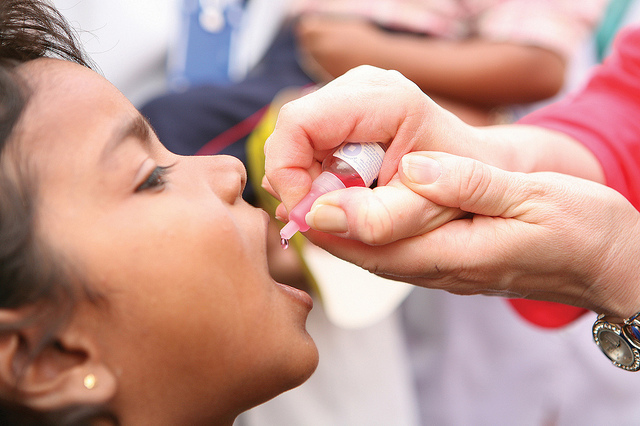 World Health Organization (WHO) has said the spread of international spread of polio remains a Public Health Emergency of International Concern (PHEIC). The body also recommended the extension of the Temporary Recommendations for a further three months to Director-General Margaret Chan.

The Emergency Committee the International Health Regulations (2005) (IHR) reviewed the data on wild poliovirus as well as vaccine-derived polioviruses (cVDPV). While there has been a decline in the spread of wild poliovirus worldwide, the threat from the disease is eminent.

There have been two new reports of exportation of the virus from Pakistan into Afghanistan which occurred in October and November 2015. While there has been no exportation since then, the ongoing transmission particularly in inaccessible parts of the Eastern Region of Afghanistan close to the international border presents an ongoing risk.

Other vulnerable areas include countries in the Middle East, the Horn of Africa, central Africa and parts of Europe. The large population movements across the Middle East and from Afghanistan and Pakistan create a heightened risk of international spread of polio. An estimated three to four million people have also been displaced to Turkey, Lebanon, and Jordan and are at the centre of a mass migration across Europe.

“Any large-scale population movement facilitates the spread of diseases such as polio,” says Oliver Rosenbauer, spokesperson of the Global Polio Eradication Initiative, World Health Organization.  He adds, “The virus can travel so easily and quickly.  So we try to in place risk mitigation strategies to limit the risk (from becoming re-infected) and also to limit the consequences should you become re-infected. The best thing countries can do in this scenario is to ensure high vaccination coverage and strong disease surveillance.”

In 2015, six outbreaks of circulating vaccine derived poliovirus have occurred in Ukraine, Madagascar, Lao People’s Democratic Republic, Myanmar, Nigeria and Guinea. Six additional cases have been reported in Guinea since then, increasing the threat of international spread.

The committee said that current cVDPV outbreaks across four WHO regions illustrate serious gaps in routine immunisation programs, leading to significant pockets of vulnerability to polio outbreaks. It laid down recommendations for to curb the spread of the virus, emphasising on vaccination in affected countries and for all people travelling to these countries.

Specific recommendations were made for Pakistan and Afghanistan as they are the only two countries exporting wild poliovirus or cVDPV. The movement of people across the between these countries continues to facilitate exportation of wild poliovirus. While both countries have maintained permanent vaccination teams at the main border crossings for many years, better coordination for monitoring of the quality of vaccination at border transit points is required. The countries have been also recommended to track the proportion of travellers that are identified as unvaccinated after they have crossed the border.